Car production in the UK is likely to fall to its lowest level since the 1950s as a consequence of coronavirus, triggering many thousands of redundancies as the industry prepares for the “double-whammy” of a potential no-deal Brexit that would compound record losses this year. Forecasts compiled by the Society […]

Car production in the UK is likely to fall to its lowest level since the 1950s as a consequence of coronavirus, triggering many thousands of redundancies as the industry prepares for the “double-whammy” of a potential no-deal Brexit that would compound record losses this year.

Forecasts compiled by the Society of Motor Manufacturers and Traders (SMMT) suggest UK-based manufacturers will produce 880,000 cars and vans this year, fewer than one million for the first time since 2009, and the lowest figure since 1957.

Production for the year to June was down 42.8% as a result of plant closures during lockdown and the impact of social-distancing requirements on productivity.

While more manufacturers have returned to production in recent weeks, significant plants remain mothballed including Vauxhall at Ellesmere Port. Just 381,357 cars were produced in the six months to June, the lowest half-year total since 1954.

The automotive sector also saw 11,000 redundancies formally announced in the first half of the year, with fears that many more jobs are at risk in the coming months as the real level of consumer demand becomes clear.

The grim statistics were accompanied by a warning that the industry has run out of time to effectively prepare for all the potential outcomes from the Brexit negotiations, with nine out of 10 companies saying they do not have the clarity they need to prepare for the end of the transition period.

With negotiations between London and Brussels ongoing, UK manufacturers are still unclear what tariff, regulatory and customs regime they will face from 1 January next year.

Analysis suggests that a no-deal Brexit, under which British cars would face a 10% tariff under WTO rules, could cost the industry more than £40bn over the next five years, with 1.46m fewer cars exported as a consequence.

Mike Hawes, chief executive of the SMMT, warned that the industry urgently needs clarity and that for some elements of regulation such as rules of origin, which determine the national source of a product, it is already too late to make changes before the start of next year.

“The critical importance of an EU-UK FTA is self-evident for UK Automotive,” he said. “Our factories were once set to make two million cars in 2020 but could now produce less than half that number, a result of the devastating effects of the pandemic on top of already challenging market conditions and years of Brexit uncertainty.

“This industry has demonstrated its inherent competitiveness and global excellence over the past decade. Its long-term future now depends on securing a good deal and a long-term strategy that supports an industry on which so many thousands of jobs across the country depend.”

Mr Hawes also said that September and October would be crucial months for the industry as they would help establish the “real” level of consumer demand, and determine what steps manufacturers need to take to remain viable.

“There are likely to be more [redundancies],” he said. “These are big companies, and like the rest of the economy the crunch will come for them in Q3 and Q4 when the real level of demand becomes clear.”

Currently the emissions of new cars registered in the UK are governed by EU targets to reduce CO2 emissions. The targets, enforced by potentially huge fines, are intended to encourage manufacturers to produce less-polluting vehicles.

The UK has agreed to adopt the same targets as the EU after transition, but emissions in Northern Ireland may still be counted towards European totals because it will remain subject to the EU customs regime.

A bakery and beacon of hope re-opens its doors

Thu Jul 30 , 2020
When Liverpool lifted the Premier League trophy at Anfield late last Wednesday, the shutters of the Homebaked café and bakery, a stone’s throw away from The Kop end, were down. Despite making a Champions’ pie – packed with chilli beef with red onion and peppers – Homebaked wanted to keep […] 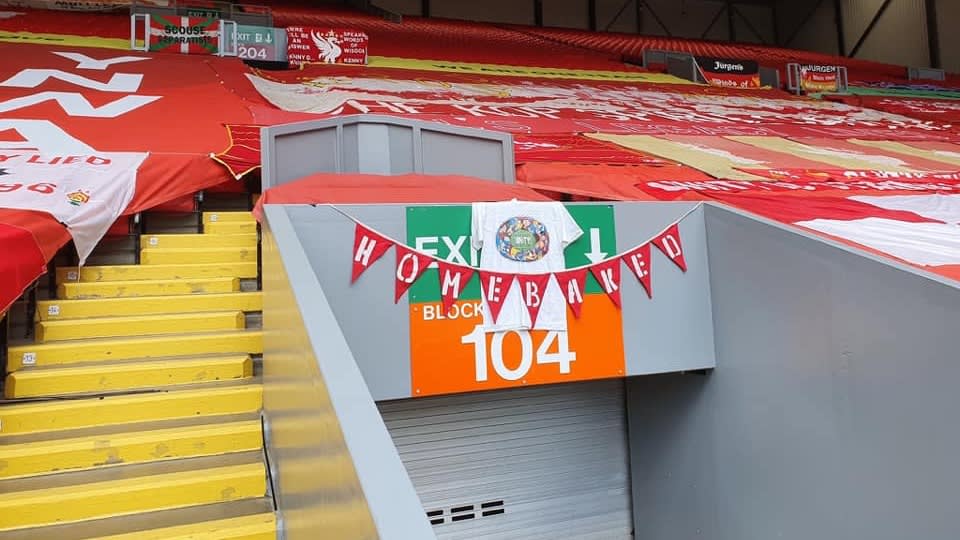