(Reuters) – Nokia Oyj (NOKIA.HE) is expected to report a rise in revenue for the first three months of the year, backed by higher sales of 5G equipment, before feeling the effects of supply chain disruption in the current quarter.

The Finnish company, battling with China’s Huawei and Sweden’s Ericsson (ERICb.ST), is trying to strengthen its 5G slate and looking to deployment by U.S. telecom companies for growth.

Nokia, which will publish earnings on April 30, is expected to report revenue of 5.1 billion euros (4.44 billion pounds), up 1.25% from a year earlier, according to Refinitiv data based on eight analysts.

Analysts also estimate the company to break even in the quarter compared with an underlying loss of 2 cents per share in the same period last year.

Nokia, which axed its dividend after a profit warning last October, is awaiting the arrival of former executive Pekka Lundmark from energy group Fortum (FORTUM.HE) in September who will replace Rajeev Suri.

Both Ericsshere and Huawei here have posted growth in revenue in the first quarter of the year, helped by strong demand as telecom services help to keep businesses working remotely during the pandemic.

While Ericsson has flagged near-term supply disruptions, Huawei has also faced a political backlash over alleged use of networking equipment to spy for the Chinese government, which the company has denied.

Nokia has been hampered by delays in its 5G system-on-chip (SoC) development, which allows a single chip to carry an entire computer system and should enable it to produce its network technology more cheaply.

However, it was not clear if Nokia had chosen to opt out rather than chase business at any price.

“We remain a long-term player in China and our commitment to China remains, but as you know, we have always taken disciplined approach to our business in China, which is focused on profitability as opposed to market share,” Nokia told Reuters in an emailed statement.

Nokia, however, is set to grow this year in North America, its biggest market.

After the completion of a merger, the combined T-Mobile (TMUS.O) and Sprint is pushing ahead with the rollout of 5G. That bodes well for Nokia – a key supplier to both.

“Samsung historically had 1/3 share at Sprint, and we believe this share may shift more to Nokia as part of a new strategy,” BofA analysts said.

Its other customers, AT&T (T.N) and Verizon (VZ.N), have also earmarked billions of dollars to deploy 5G.

Nokia shares, which took a beating last year, recovered some of those losses after rumours here surfaced that it may be a takeover target.

“We must also note, especially given recent M&A rumors, that Nokia’s minimal participation in China 5G markets may increase its attractiveness in the US 5G ‘national champion’ acquisition scenario,” Northland Capital analyst Tim Savageaux wrote in a note.

Reporting by Supantha Mukherjee in Bengaluru and Anne Kauranen in Helsinki; Editing by Keith Weir

Tue Apr 28 , 2020
WASHINGTON (Reuters) – The U.S. goods trade deficit widened in March amid a collapse in exports of motor vehicles and parts, but overall imports continued to decline likely as the novel coronavirus outbreak disrupted the flow of goods. FILE PHOTO: Containers are seen on a shipping dock, as the global […] 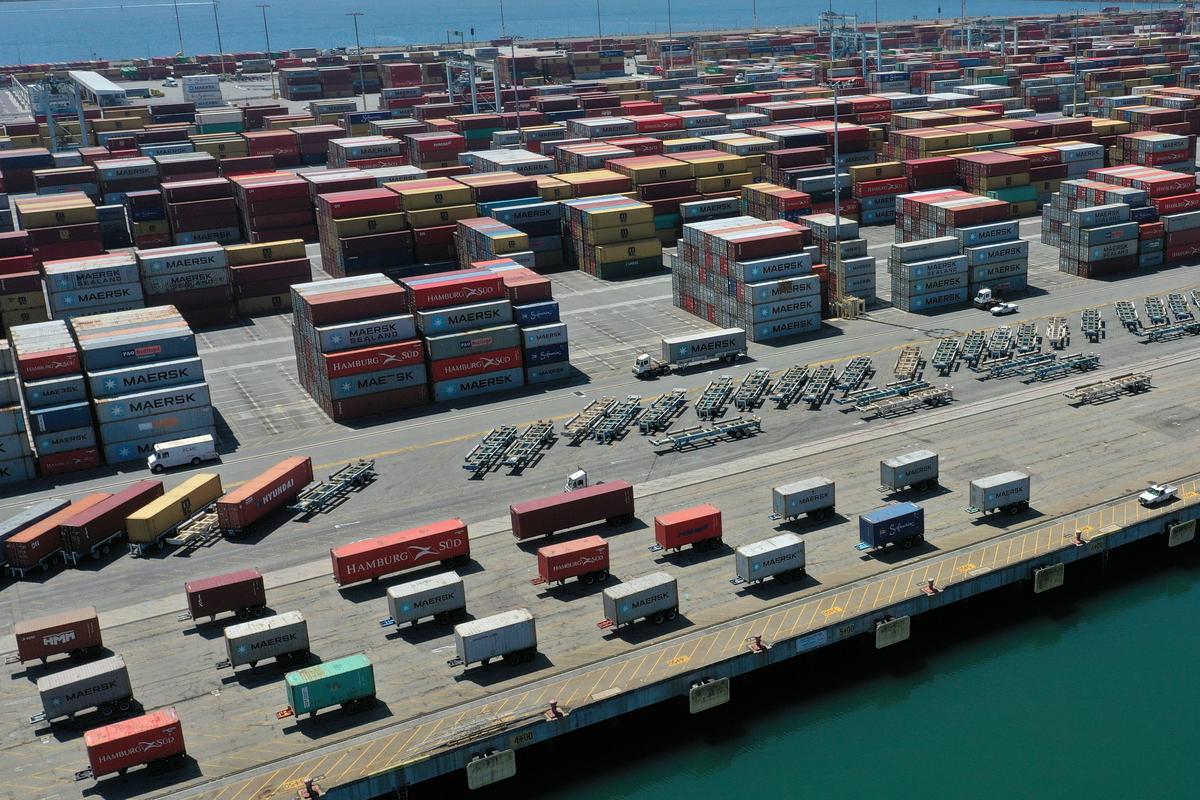