Around 80% of staff at Nomura’s headquarters in the financial district of Otemachi have been working from home due to the outbreak.

“Do we need such a lot of staff in Otemachi? Do we need that much workspace here? I would like to discuss those issues,” Kentaro Okuda told Reuters in an interview, adding that the company would conduct a review of the matter.

Japan’s biggest investment bank and brokerage occupies most floors of the 22-storey Otemachi building, but it declined to specify how many people it employs there or what size of reduction in staff working at the offices it was looking at.

Firms across the world are looking at changing their work-from-office cultures with tech firms leading the way. Facebook Inc (FB.O) said last month it will permanently embrace remote work even after coronavirus lockdowns ease and Twitter Inc (TWTR.N) has also said some employees can work from home indefinitely.

Reduced rent could help Nomura which has struggled to expand successfully overseas and been hit by competition from online stock-trading rivals. It has announced three major rounds of cost cuts since 2011, including one last year when it said it was seeking to reduce costs by 140 billion yen ($1.3 billion) by March 2022.

The interview was conducted last week and embargoed for release on Wednesday.

Wed Jun 3 , 2020
LONDON (Reuters) – Hungarian low-cost airline Wizz Air (WIZZ.L) said its expansion plans would continue to be held back by coronavirus-related restrictions in its 2020-2021 financial year but it was confident on longer-term growth. FILE PHOTO: A Wizz Air Airbus A320 from Sofia, Bulgaria taxis to a gate after landing […] 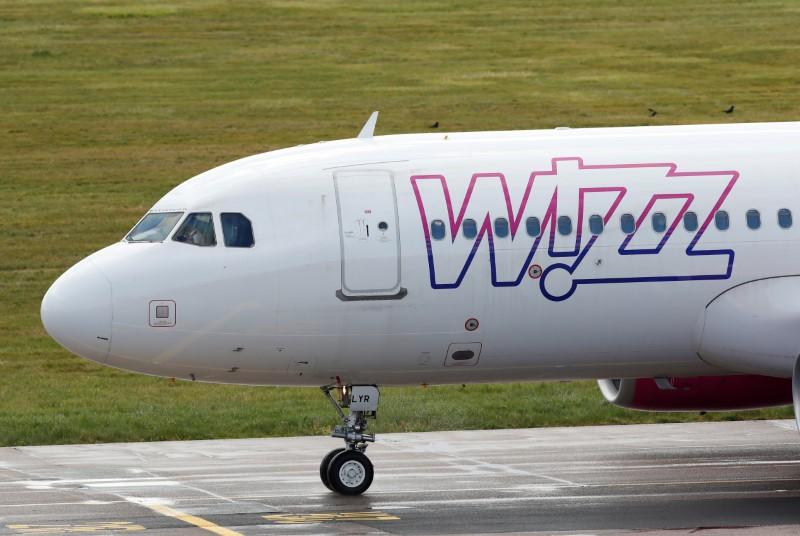