New lockdown measures are to be introduced in the north-east of England from Friday, as the government battles to control an increase in the number of coronavirus cases.

Under new restrictions, residents within Northumberland, North Tyneside, Newcastle upon Tyne, Gateshead, South Tyneside, Sunderland and County Durham, will be prohibited from socialising with people outside their household or support bubble.

Announcing the new measures in the House of Commons on Thursday, health secretary Matt Hancock said he sympathised with residents and did not take the decision “lightly”, adding: “I know that these decisions have a real impact on families, on businesses and local communities.”

However, he warned there had been a “concerning rise” in cases across the country, particularly in the north-east, where coronavirus rates had reached 103 positive cases per 100,000 in Sunderland.

According to the latest data from NHS Test and Trace released on Thursday, 18,371 people tested positive for coronavirus in England between September 3 and 9, a 75 per cent increase on last week and the highest weekly total since May.

In an interview with The Sun on Wednesday, Boris Johnson said that he was keen to impose “tough” measures in order to “stop the surge” and prevent the outbreak worsening over Christmas.

He said: “The only way to make sure the country is able to enjoy Christmas is to be tough now. So if we can grip it now, stop the surge, arrest the spike, stop the second hump of the dromedary, flatten the second hump.”

Under the new measures for the north-east, hospitality outlets will be forced to operate under a curfew, closing between the hours of 10pm and 5am and will be restricted to table service only.

Businesses in Newcastle are likely to be hit particularly hard because of the importance of the leisure and night-time sector, which is supported by a thriving student population.

The city’s night-time economy is worth £340m per year, employing more than 6,500 people, according to NE1, a business improvement body funded by companies in the centre of Newcastle.

Faced with criticism from angry businesses alarmed by the new measures, Newcastle city council leader Nick Forbes has been at pains to say they are not a lockdown but “temporary restrictions”.

However some small businesses disagree. “They are saying it’s not a lockdown, but essentially it is by any other name — it’s semantics,” said Chris Pentland, a Newcastle-based dance and fitness teacher. He added: “It’s deplorable they haven’t had any consultation with the businesses which will be directly affected.”

Jonathan Walker, assistant director of policy for the North East England Chamber of Commerce welcomed the consistent approach across local authority boundaries, but warned that a “comprehensive, functioning” test and trace system was needed to ensure that economic health, as well as public health, was protected.

“We could see adherence to the rules slip if people don’t have that confidence in the test and trace system,” he said. 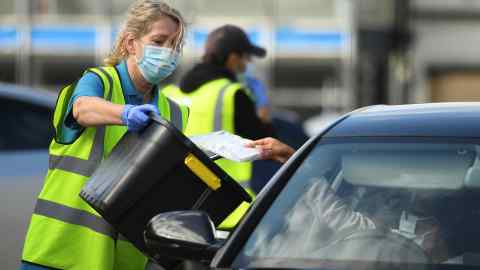 On Thursday, 15 MPs from the north-east region wrote to the health secretary requesting “urgent clarification” on key issues including support for the economy and concerns surrounding testing availability.

“We agree that restrictions must be put in place in order to protect public health, and prevent the further spread of Covid-19, and we support measures taken in order to save lives,” the MPs wrote.

“We do, however, believe that this must be done in close collaboration with local authorities, who must have access to all appropriate information, data and support in order to make the best decisions for their areas.”

In anticipation for winter, the health secretary also announced the expansion of the NHS 111 telephone service, alongside a £24m investment in call-handling capacity to improve access to emergency services over the winter.

Mr Hancock informed MPs that the Infections Control Fund will be expanded and care homes will be provided with a further £546m.

Thu Sep 17 , 2020
What should we protect during the coronavirus pandemic: jobs or the people who hold them? Different answers to this question largely explain huge variations in unemployment figures around the world. In the years ahead, they are also likely to distinguish between successful and sluggish recoveries from the crisis. European countries […] 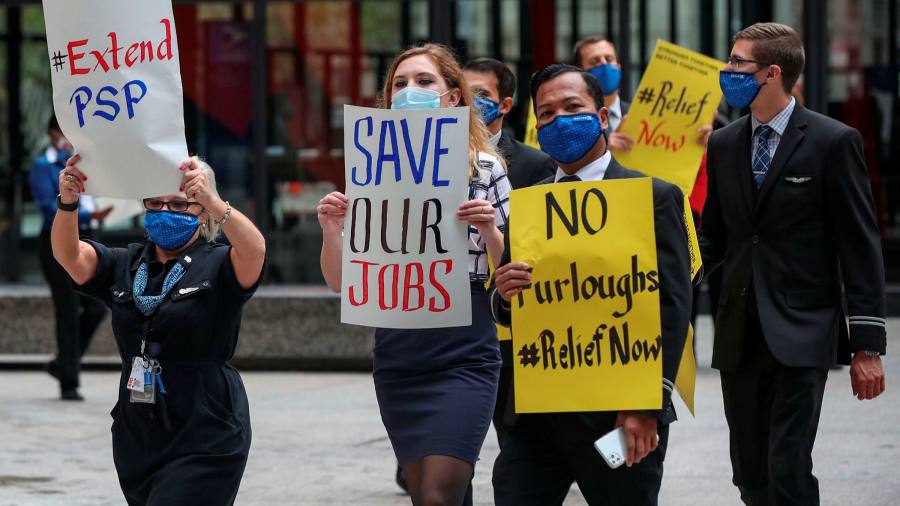