The government said it would announce tighter restrictions on people in the north-east of England on Thursday after a sharp rise in coronavirus cases.

The measures are expected to include a ban on households meeting each other and a 10pm curfew for pubs and restaurants across an area with almost 2m residents.

Robert Jenrick, the communities secretary, told ITV’s Peston programme: “The number of cases has been rising rapidly in many parts of the country, but particularly in the North-East, and so a decision has been made to impose further restrictions there.

“A full announcement will be made tomorrow, so people living in that part of the country should watch out for that, and the measures come into play at midnight on Thursday evening. Over the course of the day a full briefing will be made available to councils and the business community.” 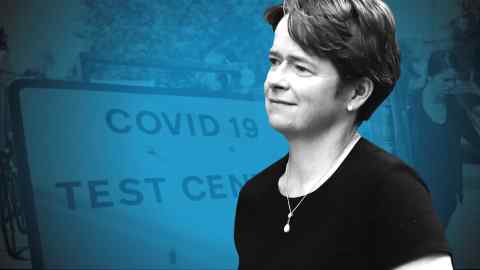 Nick Forbes, leader of Newcastle city council, tweeted that an announcement should come at 11am. “Any restrictions we’re asking for are about reintroducing social distancing where the evidence says it is slipping. That way we will avoid a full lockdown,” he added.

The seven local authorities affected wrote to the government this week to ask for restrictions to be put in place as coronavirus cases numbers rose.

The Newcastle Chronicle, which first reported the restrictions, said they would include a ban on households going on holiday together, stopping most visits to care homes and discouraging the use of public transport.

A curfew would go further than measures that have been in place across much of Greater Manchester, east Lancashire and West Yorkshire since July 31. However, in Bolton, which has the UK’s highest infection rate at 204 cases per 100,000 people in the last week, pubs and restaurants have been shut, operating as takeaways only.

The government imposed restrictions on household mixing in Birmingham, Sandwell and Solihull last week and is expected to extend them to Liverpool and much of Merseyside on Friday.

Areas around Glasgow, Leicester and parts of south Wales also have restrictions in place.

The government has warned of a second wave of the virus if people do not maintain social distance from each other and introduced a new “rule of six” capping the number of people who can meet up in England. The vast majority of cases are in the under-40s, who usually have mild symptoms, so hospital admissions remain low.

The news emerged after health minister Nadine Dorries met 22 MPs from the North-East, who were informed of the incoming restrictions.

One Labour MP who attended said the meeting had instilled him with little confidence in the government’s ability to control the virus.

In an interview with Sky News on Wednesday, Kevan Jones, MP for North Durham, said: “Tests in the North-East are a complete shambles — I have constituents being sent hundreds of miles for tests, we have local testing centres which have capacity but aren’t being used because they are being told they can’t handle the results.

“Nadine Dorries this afternoon gave us no confidence that the government is going to put a proper test and trace system in.”

Many people have found it impossible to get a Covid-19 test in recent days.

Labour politicians say the government has to do more to help those who cannot go to work because of the restrictions. Companies forced to shut have been offered grants of up to £500 a week.

Andy Burnham, mayor of Greater Manchester, tweeted on Wednesday night: “If the government are going to continue locking down parts of the North, they have to introduce a local furlough for the areas affected. Otherwise levelling-up will be over before it even began.”

Speaking at a liaison committee meeting with senior MPs on Wednesday, prime minister Boris Johnson stressed that he was keen to do whatever he could to avoid another national lockdown.