PARIS (Reuters) – What do you do when you need to gauge the depth of an economic slump, so that you can make rapid crisis calls in real-time, when all the usual indicators lag reality by weeks and the whole country is in lockdown?

FILE PHOTO: A view shows the Carlton hotel and an empty Croisette in Cannes as a lockdown is imposed to slow the rate of the coronavirus disease (COVID-19) in France, March 18, 2020. REUTERS/Eric Gaillard

For French government statisticians, the answer was to shift from their usual weapons, which include hallowed and curated sources of information such as consumer spending and industrial production.

Instead they improvised a new, unconventional arsenal built around data that would give real-time insight into people’s habits, such as bank card data and domestic electricity usage.

Jean-Luc Tavernier, head of the INSEE national stats office, described his endeavours as “nowcasting”, an emerging field in economics of using high-frequency data to paint a contemporaneous picture of economic activity.

He told Reuters he took the decision at the end of March to ditch publication of traditional quarterly growth forecasts after France went into lockdown in the middle of the month.

Instead his forecasters tapped a variety of new sources to calculate that the euro zone’s second-biggest economy was running at about two-thirds of normal, a preliminary estimate that has broadly stood up as more traditional, lagging data such as consumer spending and industrial production has come in.

“In a week they were able to get the data to speak and to carry out this exercise in nowcasting,” Tavernier said in an interview.

The most useful tool proved to data form France’s bank card association, which under the exceptional circumstances granted the agency access to the anonymised information.

That helped inform Tavernier’s team not only that locked-down French consumers were spending far less on a day-to-day basis than in previous years but also which sectors were the hardest hit.

Domestic electricity usage, meanwhile, also pointed to how much less activity there was than normal while information from business surveys helped reveal how many people were able to work from home.

The new estimate of activity, which INSEE continues to update every two weeks, proved useful when it came to time to produce France’s first flash reading of gross domestic product, which was published last Thursday.

Out only 30 days after the end of the quarter, such preliminary GDP readings in all countries rely on some extrapolation to fill in holes in the absence of certain hard data on consumption, production and trade that arrive later.

However, it will not be possible to verify the accuracy until countries’ final figures are published in the weeks to come, while it is unclear if other stats agencies might be using nowcasting techniques.

The unprecedented economic shock left more up to statisticians’ discretion than normal in the flash calculations. That, however, raises questions about how comparable GDP is between countries in a time of crisis since other countries did not use similar techniques.

While INSEE calculated the French economy contracted 5.8% in the first quarter from the previous quarter, for example, their Italian counterparts calculated 4.7% even though the country went into lockdown earlier.

“We shouldn’t overestimate differences seen in the period when statistics are more unstable and are perhaps less comparable than usual from one country to another,” Tavernier said, predicting bigger-than-usual revisions to flash readings.

That could create a real headache for policymakers, investors and businesses who use such data for decisions that are all the more critical in a time of crisis.

In the United States, economists say the near closure of business introduced sampling error issues into closely watched data, which could make it harder to get a clearer picture of the severity of the recession there.

Britain’s stats office said inflation readings were likely to be more volatile than usual in the months ahead because the shutdown there prevented statisticians from getting prices accounting for 20% of its consumer price index.

Wed May 6 , 2020
Britain’s economy will suffer a “significant decline” in the first half of the year, the Office for National Statistics warned on Wednesday as it set out the practical challenges that have hampered the collection of economic data since the coronavirus crisis took hold. Senior ONS officials used a series of […] 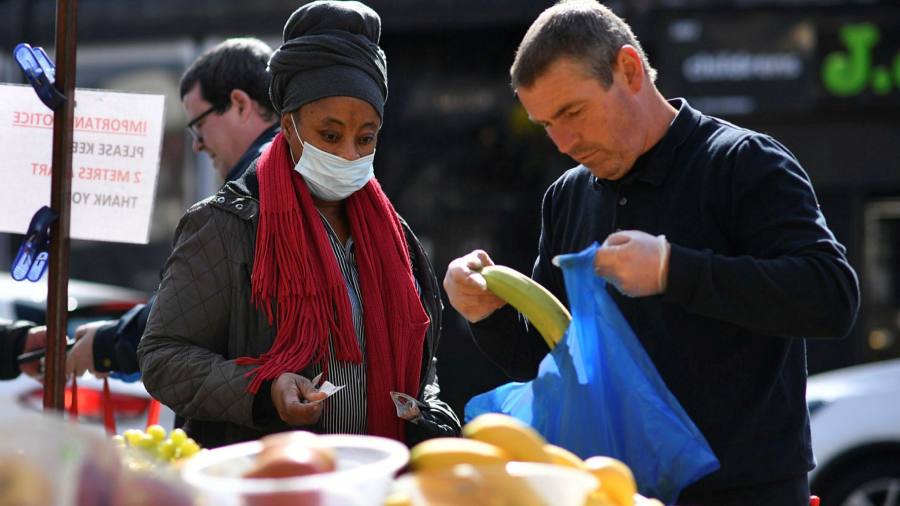