The writer is chair of the UK Office for Budget Responsibility

When I became the Office for Budget Responsibility’s first permanent chair in October 2010, I argued that two principles should guide our work: making the public finances more transparent and highlighting the uncertainty that always surrounds the outlook. As I step down, 10 years on, the impact of Brexit and the coronavirus make these principles even more important, but harder to achieve.

The OBR was created to provide the public and parliament with a comprehensive and internally consistent picture of the current state and outlook for the public finances, reflecting all policy decisions taken by the time each forecast is published. This has not been possible for a while and we need to get back to that — hopefully by November, when the OBR has been asked to publish its next forecast.

George Osborne’s original proposal to create the OBR was part principled reform and part political positioning, much like Labour’s earlier decision to grant the Bank of England independence. The plan gave the Conservative party a stick with which to beat the then-Labour government for over-optimistic forecasts and fiddling its fiscal rules, while credibly guaranteeing that they could not do the same.

Thankfully, when the Tory-Liberal Democrat coalition went ahead with the idea after the 2010 election, Labour backed it too. Now the UK is one of around 40 countries to have official-but-independent fiscal institutions (IFIs) scrutinising government forecasts, assessing long-term sustainability, monitoring fiscal rules and costing policy proposals.

But the UK OBR is unusual in two respects. First, we produce the official forecasts that underpin the Budget and the spring/autumn statements (rather than second-guessing the government). Second, we make no policy recommendations, let alone take decisions.

This is as it should be. Tax and spending measures are rightly the province of elected politicians, and the government remains free to publish its own forecasts should it wish to do so. But the OBR clearly has an influence on policy and this demands that we be open and accountable as the quid pro quo for our independence. Hence, for example, regular external reviews of our performance, with the latest published by the OECD last month.

The IMF and EU now routinely recommend or require IFIs where they do not already exist. This has been a mixed blessing, as some created in response to external pressure have been viewed as agents of austerity or inherently fiscally conservative. But in practice most have not behaved that way. The Swedish fiscal council publicly favoured greater stimulus than its government following the financial crisis, while its Irish counterpart has said that it sees no need now for austerity as severe as the 2010s.

Whether by luck or judgment, forecast accuracy appears to have improved under the influence of IFIs, although no one of course predicted the current recession. But fiscal forecasting is not a spot-the-ball competition. The goal is not to show off predictive prowess, but to aid transparency and accountability, and to highlight the range of possible outcomes.

For the OBR this means: a highly disaggregated bottom-up analysis of spending, revenue and balance sheet movements; forensic scrutiny of policy decisions; clear explanations of forecast changes; a careful lookout for presentational wheezes; and imaginative ways to illustrate risks and uncertainty around any central view.

Delivering a forecast that fits this bill requires adequate notice and a robust timetable for information to be exchanged between the OBR and the government bodies it relies on for policy decisions and inputs. Despite its novelty and complexity, this was relatively straightforward in the OBR’s early years, in part because the need to secure agreement within the coalition imposed an additional discipline.

Coordinating forecast and policy processes has been much harder over the past couple of years — thanks, first, to the twists and turns of the Brexit negotiations and, then, to the rolling policy response to the virus. Quite understandably, hugely expensive interventions have been announced at short notice and without the scrutiny they would normally receive (or even with any price tag attached, as in the case of last month’s jobs package). As a result, we have had to provide a running commentary, and pare back other publications and the work necessary to maintain our analytical capability.

It is vital that current practice does not become the long-term norm. When forecaster and policymaker constantly play catch-up with each other, the public are short-changed and the credibility of both forecasts and policy suffer.

Independent scrutiny and transparent reporting of the public finances is just one part of a broader institutional architecture underpinning good government and economic management, alongside a non-partisan civil service, an independent central bank, robust regulators, trusted auditors and a respected legal framework. From time to time, governments may find this inconvenient or frustrating. But the long-term cost of undermining or sidelining these institutions would be considerable and very hard to reverse.

Sun Oct 4 , 2020
The number of asset management employees flatlined in the UK last year while increasing in rival fund centre Luxembourg, in a sign of how Brexit uncertainty has taken a toll on hiring in the City of London. Employment levels in the UK’s £8.5tn investment industry remained broadly unchanged year on […] 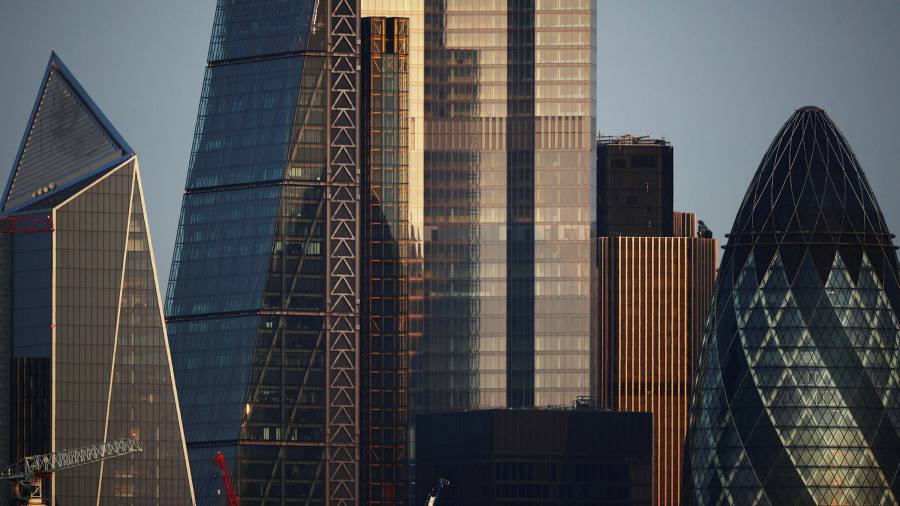