The head of Britain’s energy regulator has sought to defuse a row with network companies including National Grid over permitted profits, after being accused of risking blackouts and the country’s climate ambitions.

Jonathan Brearley, the new chief executive of Ofgem, has been the target of fierce criticism from energy network groups since July, when the regulator proposed to cut the annual rate of return such businesses would be allowed to make from April to 3.95 per cent.

This is the lowest level since privatisation, and nearly half the rate permitted under the current regulatory regime, which has been in place since 2013.

Ofgem also proposed to cut network companies’ spending plans by £8bn, leading to industry suggestions that the regulator was threatening jobs at a time the government was hoping to encourage a “green recovery”.

In an interview ahead of a series of public meetings about Ofgem’s proposals this week, Mr Brearley called on the companies to work with the regulator in a “spirit of co-operation”.

He said there was still an “open conversation” to be had, in particular over a mechanism to bring forward some industry projects that were initially rejected by the watchdog. Ofgem will make a final decision on its proposals in December.

“My experience with any commercial organisation is you can disagree but still do the necessary work together to uncover the problems and there’s companies that have given us a huge amount of information to think about and we are working through that now, particularly on an engineering basis on the sorts of projects that they might want to bring forward,” said Mr Brearley.

He added some of the network companies’ initial plans had lacked sufficient proof but they had since “submitted a great deal more evidence”.

“Certainly, wherever we come to in December, I think we are comfortable we have got what we need to make a decision,” said Mr Brearley, who took over as Ofgem chief executive in February.

The regulatory settlement under discussion applies to the seven companies that own national electricity and gas infrastructure as well as local grids, including National Grid, Iberdrola and SSE.

Network companies, which recoup their costs from consumers via energy bills, were buoyed last month by a provisional ruling by the UK’s competition authorities in favour of four water businesses that challenged a similar crackdown by their regulator, Ofwat.

The network companies are hoping it may persuade Ofgem that it has been too drastic in its own proposals to cut annual returns.

Mr Brearley said it was too early for him to comment on last month’s ruling by the Competition and Markets Authority “in detail”, adding it was only an “interim finding”.

But he confirmed the ruling would form “part of the evidence we look at when we come to our final decision”, as water was one of the sectors it used as a benchmark.

Mr Brearley highlighted other groups such as the consumer charity Citizens Advice, which has accused energy network companies of making “unjustified” profits at the expense of households, were pushing the regulator to go even further.

“As a regulator, ultimately, you do have to clear your mind of all the heat . . . of the debate and really focus on what the right balance is between customers and shareholders,” he said.

Sun Oct 11 , 2020
The City of London’s top banks are clamping down on staff who have been waiting out the pandemic in their Mediterranean holiday villas or home countries, warning of hefty tax bills for those who stay away. Senior executives at several large US and European banks confirmed that they were taking […] 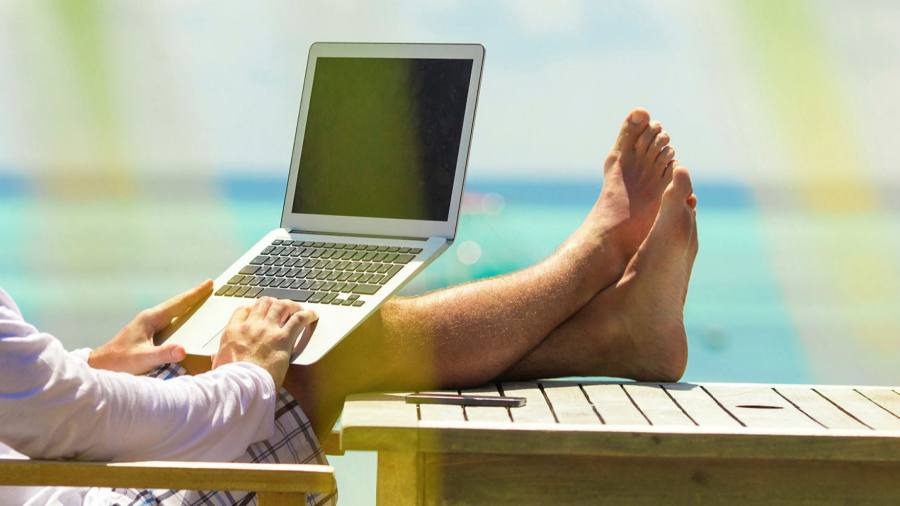