LONDON (Reuters) – Britain’s energy market regulator Ofgem set out on Tuesday a scheme to make a total of 350 million pounds available to support energy suppliers that do not have an investment grade credit rating.

The plan would allow eligible companies that are cash-strapped to defer charges to electricity and gas network operators until March 2021, Ofgem chief executive Jonathan Brearley said in open letter to the industry.

Several independent suppliers have failed over the last couple of years due to poor customer service and a government price cap on consumer bills. In recent weeks, the impact of the coronavirus pandemic has caused some consumers to defer energy bill payments.

“For eligible electricity suppliers and gas shippers, the schemes being developed would offer an ‘extended period,’ which we expect would allow the majority of monthly network charges to be paid at a later date,” the letter said.

The support would only be available to companies that have fewer options for securing financing as they do not have an investment grade credit rating and should only be used as a last resort, the regulator said.

Ofgem said it will not adjust a cap on default energy tariffs that is designed to protect consumers from being overcharged.

In the longer term, if COVID-19 impacts result in a material change to suppliers’ costs, Ofgem will consider how to reflect this in the default tariff cap methodology, the letter said.

Tue Jun 2 , 2020
FILE PHOTO: A woman, wearing a protective mask walks past the head quarter of the European Central Bank (ECB) during sunset in Frankfurt, Germany, April 29, 2020, as the spread of the coronavirus disease (COVID-19) continues. REUTERS/Kai Pfaffenbach FRANKFURT (Reuters) – The European Central Bank scooped up all of Italy’s […] 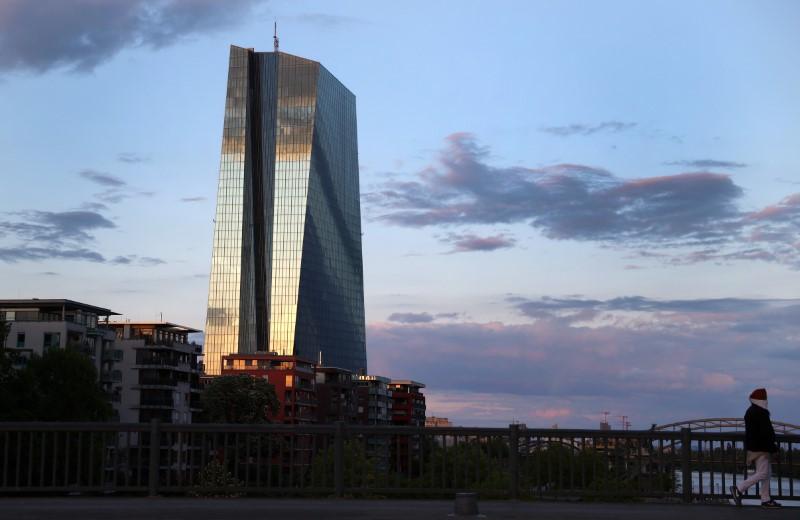