A UK gas business controlled by the Hong Kong infrastructure investor CKI has warned that its shareholders are “facing the prospect of zero cash returns” under plans by the British regulator to slash earnings for companies that own the country’s energy networks.

Wales & West Utilities, a business that covers about a sixth of the UK, is the first privately held company to weigh into a fierce row with Ofgem after the regulator proposed to dramatically decrease returns many energy network owners can make from April next year.

Since it revealed its proposal in July, Ofgem has faced a fierce backlash from the public companies that run the UK’s energy infrastructure, including National Grid, Iberdrola and SSE. They claim the plans will threaten jobs as well as the stability and security of Britain’s energy system, and will undermine the country’s ability to achieve its legally binding 2050 net zero emissions target.

The attacks increased over the weekend as the companies fought to persuade Ofgem’s new chief executive, Jonathan Brearley, to change tack before the regulator makes a final decision in December. A consultation on the plans closed on Friday.

Network companies are monopolies, so Ofgem regulates their returns over a set number of years. Organisations such as Citizens Advice have been highly critical of networks’ returns in recent years. Returns for companies that own local electricity grids are dealt with separately by the regulator.

When money is looking to go where it has to go . . . what’s the benefit of coming to the UK versus the US?

According to Ofgem’s plans, the baseline rate of return on equity will be set at 3.95 per cent for the five years from April, down sharply from 7-8 per cent under the current regime, which has been in force since 2013. The regulator also cut £8bn of planned spending from network companies’ proposals, claiming the plans had not proven they would provide value for money.

But in a document published over the weekend, Wales & West, which was bought in 2012 by CKI, warned that Ofgem has made “inadequate” allowances both for the costs of its debt and its equity, which could leave its shareholders with “zero cash returns”. The company also said cuts to its proposed spending in areas such as IT and cyber security would have an impact on the “integrity and security of our network”.

Sarah Williams, director of regulation at Wales & West, added separately that Ofgem’s plans raised the “likelihood of disruption to gas supplies — which is not in the interest of domestic consumers, business or heavy industry”.

Frank Mitchell, the head of networks at ScottishPower, owned by Spain’s Iberdrola, also criticised the regulator’s plans, saying they could prompt his parent company to prioritise investing in energy infrastructure abroad. Returns on US energy networks are “at least twice as much”, Mr Mitchell told the Financial Times.

“When money is looking to go where it has to go . . . what’s the benefit of coming to the UK versus the US?” he said.

Alistair Phillips-Davies, SSE’s chief executive, suggested to Mr Brearley that there was “still time for us to work together” to unlock “billions of pounds of investment”.

Ofgem insisted it was lowering allowed rates of returns to “levels consistent with current evidence and market conditions for similar sectors such as water”.

“The evidence makes clear that networks can attract investment at much lower rates of return and remain a stable and attractive proposition to investors,” it said.

Sun Sep 6 , 2020
Nissan has pushed back UK production of its flagship new Qashqai model until the middle of next year, the latest delay to a project that was supposed to embody the Japanese carmaker’s commitment to Britain after Brexit. Although the change of date is largely because of the pandemic, it will […] 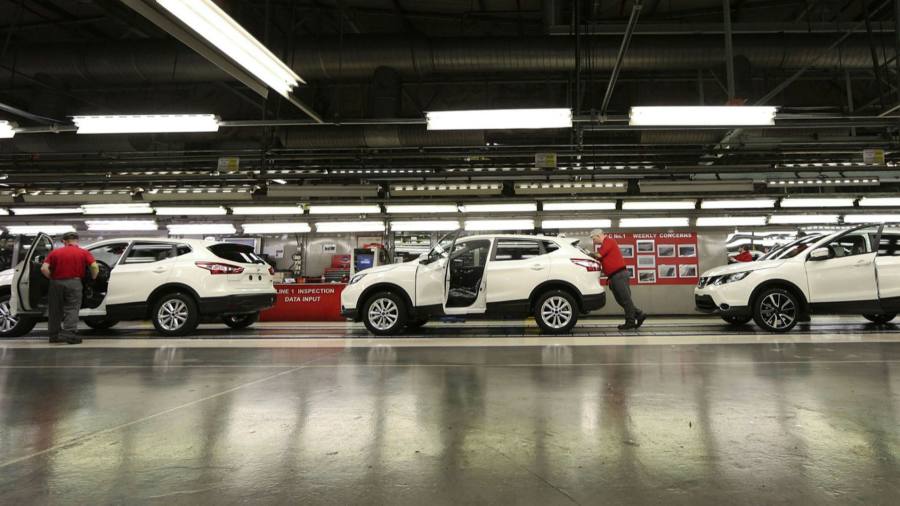