NEW YORK (Reuters) – Oil prices fell more than 3% on Wednesday despite the first decline in U.S. crude inventories since January, as markets were affected by a solemn address from the U.S. Federal Reserve chairman warning that economic recovery from the coronavirus pandemic would take many months.

The markets have rallied in the last several days on optimism that fuel demand destruction has bottomed out and producers have aggressively cut production to deal with the supply glut due to the pandemic. However, with governments signaling a long period before activity rebounds, risk assets like stocks and oil slipped on Wednesday.

“There’s just a dark cloud because of that,” said Bob Yawger, director of energy futures at Mizuho in New York. “It was such a negative speech it even eliminated what was easily the most bullish (weekly U.S. oil inventory) report since January,” he said.

Stocks in the Cushing, Oklahoma, storage hub USOICC=ECI fell 3 million barrels, the EIA said, filling the delivery point for WTI to more than 80% of capacity as producers find themselves with fewer places to store oil.

Globally, fears of a slow recovery are overhanging the market.

New outbreaks have been reported in South Korea and China, where the health crisis started before spreading across the globe, prompting governments to lock down billions of people, devastating economies and demand for oil.

The EIA now expects world oil demand to fall by 8.1 million barrels per day (bpd) this year to 92.6 million bpd, compared with a previous forecast for a drop of 5.2 million bpd.

The Organization of the Petroleum Exporting Countries also slashed its world oil demand forecast, now expecting it to contract by 9.07 million bpd this year, it said in a monthly report. Last month, OPEC expected a contraction of 6.85 million bpd.

OPEC and other producers including Russia, a group known as OPEC+, are looking to maintain existing cuts beyond June, when it meets next in Vienna, sources told Reuters.

OPEC+ agreed to cut output by 9.7 million bpd in May and June and to scale back cuts to 7.7 million bpd for the rest of the year.

Riyadh said it would add to planned cuts by reducing production by a further 1 million bpd next month, bringing output down to 7.5 million bpd..

Additional reporting by Ahmad Gaddar in London and Aaron Sheldrick in Tokyo; Editing by Marguerita Choy and David Evans

Wed May 13 , 2020
One of the UK’s biggest transport unions said on Wednesday that the tentative easing of Coronavirus lockdown measures in England was “fraught with danger” and threatened strike action after pictures of crowding on a London Underground line and a bus emerged. Mick Cash, general secretary of the RMT, gave the […] 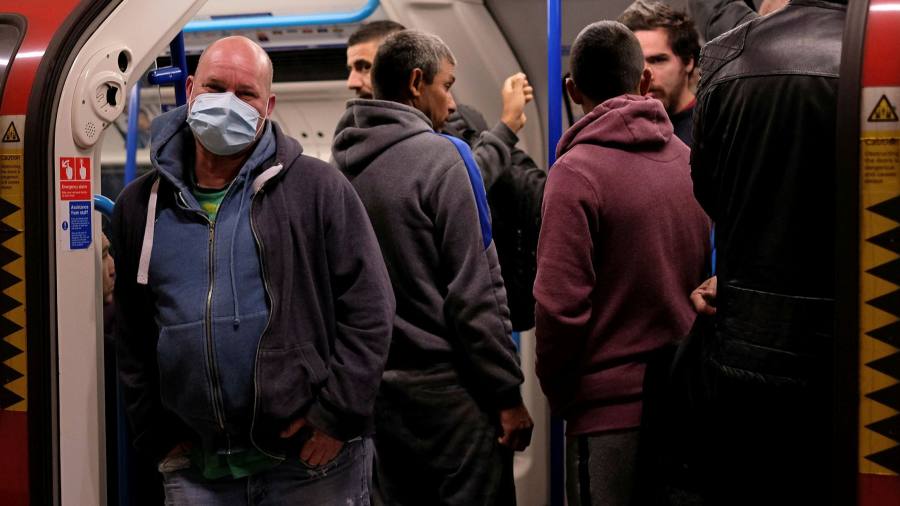