Traders shrugged off a further call by Saudi Arabia for larger production cuts to balance the market following a virus-induced demand slump, after OPEC’s biggest producer said earlier this week it planned to add to cut again.

“While the market feels more comfortable on the supply side of the equation, on the demand side, the focus will continue to revolve around the risks of easing lockdowns,” said Stephen Innes, chief markets strategist at AxiCorp.

U.S. infectious disease expert Anthony Fauci on Tuesday told Congress that easing coronavirus lockdowns may set off new outbreaks of the illness, which has killed 80,000 Americans and badly damaged the world’s biggest economy.

New outbreaks have been reported in South Korea and in China, where the health crisis started before spreading around the world, prompting governments to lock down billions of people, devastating economies and demand for oil.

On Monday, Saudia Arabia said it would add to planned cuts by reducing production by a further 1 million barrels per day (bpd) next month, bringing output down to 7.5 million bpd.

The Organization of the Petroleum Export Countries (OPEC) and other producers such as Russia – a group known as OPEC+ – agreed to cut output by 9.7 million barrels per day (bpd) in May and June, a record reduction, in response to a 30% fall in global fuel demand.

Official storage data from the U.S. Energy Information Administration is due later on Wednesday.

McDonald's plans to reopen all UK, Ireland drive-throughs by June

Wed May 13 , 2020
FILE PHOTO: A man leaves a McDonald’s restaurant in London as the spread of the coronavirus disease (COVID-19) continues, in London, Britain, March 18, 2020. REUTERS/John Sibley (Reuters) – McDonald’s Corp (MCD.N) said on Tuesday it plans to reopen all its drive-throughs in the United Kingdom and Ireland by early […] 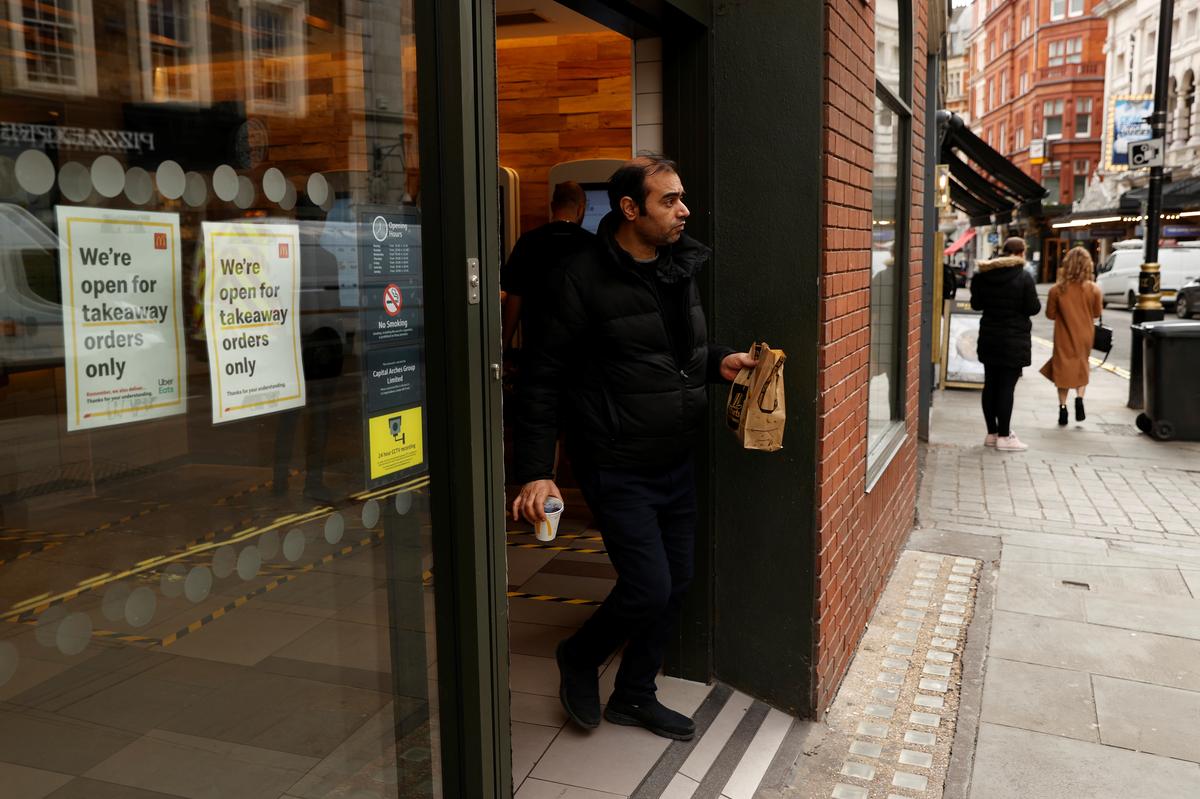