Oil-storage tanks are seen from above in Carson, California, April 25, 2020 after the price for crude plunged into negative territory for the first time in history on April 20.

Oil prices jumped on Friday, extending the previous session’s gains, buoyed by a lower-than-expected gain in U.S. crude inventories and the start of output cuts in a bid to offset a slump in fuel demand triggered by the coronavirus pandemic.

Brent crude for July delivery, which started trading on Friday as the new front-month contract, was up 17 cents, or 0.6%, at $26.32 per barrel. Brent gained 12% on Thursday.

“This is a second straight week of inventory and product demand figures suggesting a bottoming of the U.S. market,” said Stephen Innes, chief market strategist at AxiCorp.

The other significant support factor on Friday was the official start of output cuts agreed between the Organization of the Petroleum Exporting Countries (OPEC) and other major producers like Russia – a grouping known as OPEC+ – to counter sliding demand.

“OPEC+ quotas are due to kick in on Friday, suggesting short-term supply conditions have likely peaked,” AxiCorp’s Innes said.

The OPEC+ deal covers a cut in production of nearly 10 million barrels per day (bpd), a record level.

That, nevertheless, falls well short of the roughly 30 million bpd of demand that has evaporated amid the coronavirus pandemic as much of the world’s population remains under some form of economic and social lockdown.

Fri May 1 , 2020
FILE PHOTO: Various N95 respiration masks at a laboratory of 3M, that has been contracted by the U.S. government to produce extra marks in response to the country’s novel coronavirus outbreak, in Maplewood, Minnesota, U.S. March 4, 2020. REUTERS/Nicholas Pfosi/File Photo (Reuters) – Industrial conglomerate 3M Co (MMM.N) said on […] 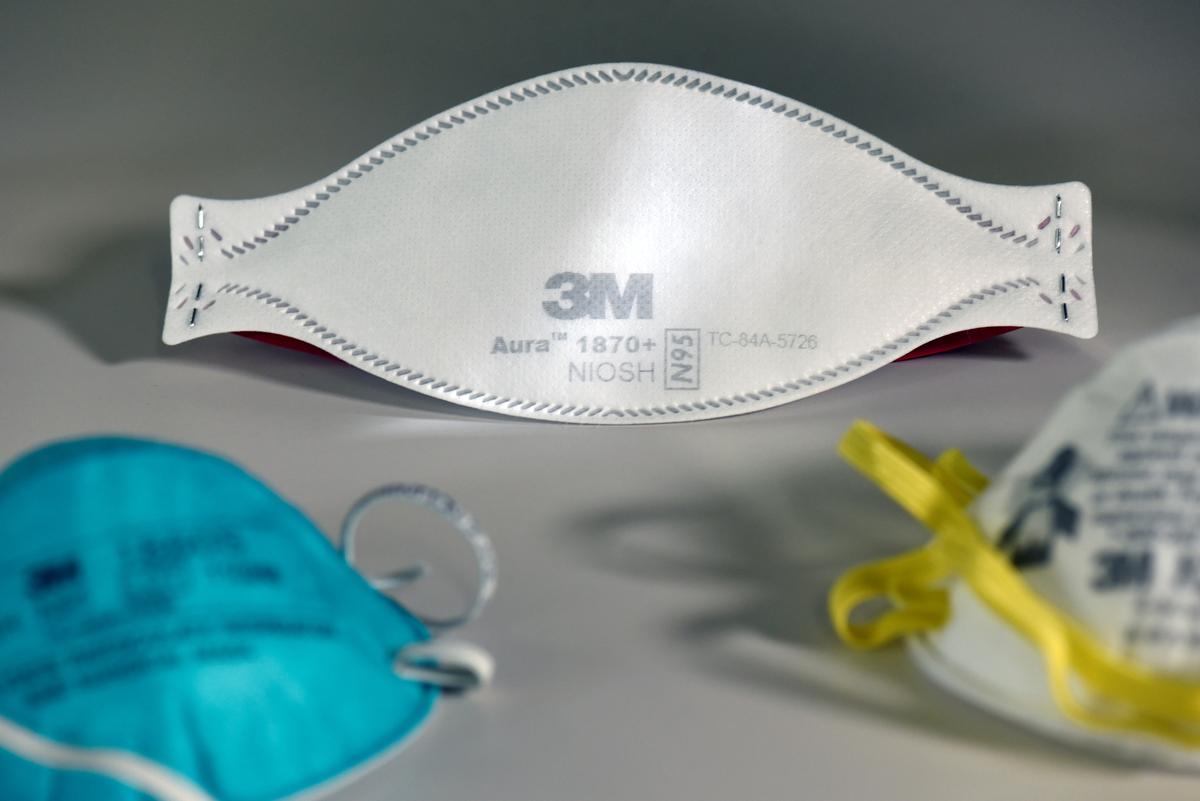