ROME/MILAN (Reuters) – As Italy’s already massive public debt soars further due to the coronavirus crisis, its authorities are calling on ordinary citizens to help fund recovery efforts. The plan could aid immediate financing needs but will do little to allay eventual default risks. Italy’s public debt has long been seen as a fault-line forthe survival of the euro zone, and analysts say the pandemic is raising fresh questions about the sustainability of Rome’s borrowings.For now, even with a debt which economists see heading towards at least 170% of national output this year, Italy is safe thanks to the European Central Bank’s massive bond purchases, recently expanded under its Pandemic Emergency Purchase Programme (PEPP).But a day of reckoning for the euro zone’s third largest economy looks inevitable, analysts say. The country proved unable to lower the world’s third highest debt mountain even during economic good times – and it cannot rely on the ECB forever.”Who will buy our debt when the ECB stops? That is something nobody even wants to think about,” says Roberto Perotti, economics professor at Milan’s Bocconi University.

FILE PHOTO: A statue on the Fountain of Neptune is seen in front of an Italian flag on Palm Sunday, following the coronavirus disease (COVID-19) outbreak, in Naples, Italy April 5, 2020. REUTERS/Ciro De Luca/File Photo

Italy’s debt management chief Davide Iacovoni told Reuters the Treasury was not worried about what will happen when the ECB scales down its purchases.

“Once we are out of this emergency we will return to a situation of fully functional markets, without the ECB or with a minimal ECB presence,” he said.

“The underlying structure of our public finances are under control, now we are tackling this emergency situation but immediately afterwards the government will be committed to a debt reduction strategy.”

With the economy brought to its knees by the pandemic, the three normal paths to debt reduction – faster GDP growth, austerity, and inflation – look implausible.

Italy’s debt ballooned after the global financial crisis and has hovered around 135% of GDP in recent years despite record-low funding costs.

Last year, Italy issued 245 billion euros worth of bonds, more than half the current lending capacity of the euro zone’s bailout fund. This year, financing needs are set to reach to half a trillion euros, including also short-term bills.Deutsche Bank forecast this week that Italy’s debt-to-GDP ratio would climb to more than 200% at the end of next year, concluding that “this does not seem sustainable.”

But Europe cannot afford to risk a debt crisis that could engulf the currency bloc.EYEING JAPANOne idea gaining traction among politicians and bankers is for ordinary Italians to shoulder more of the country’s debt burden. They look at Japan, whose debt dwarfs Italy’s, at close to 240% of gross domestic product, and yet is seen at negligible risk of default because it is almost all owned domestically.Italy’s debt management chief told Reuters on Friday that over the next few years the Treasury aimed to double the 80 billion euros of debt currently in the hands of local retail investors.

On Monday, Rome starts a four-day sale of a new ‘BTP Italia’ bond aimed at small savers, which the government says will be used to fund healthcare and recovery spending.

Scope Ratings’ lead Italy analyst Dennis Shen said diversifying financing sources by attracting more retail buyers was “constructive” for Rome’s credit rating.Some of Italy’s most prominent politicians and bankers are more ambitious. Matteo Salvini, head of the right-wing League party that tops opinion polls, has proposed an “extraordinary issuance” of 100 billion euros (89.42 billion pounds) of long-term bonds reserved for Italian investors, made more attractive by special tax incentives.Carlo Messina, the head of Italy’s largest retail bank Intesa Sanpaolo, last month called for the issuance of what he called “social bonds” dedicated to ordinary Italians.By offering good returns, tax breaks and protection from prosecution for those repatriating funds illicitly held abroad, he said Rome could lift the proportion of the debt held by retail investors from below 5% to 10-20% of the total.However, looking not simply at direct holdings but also at money invested through asset management and insurance products, households and businesses are already estimated by some fund managers to hold as much as a quarter of the country’s debt.Moreover, Italy has a very different financial and political structure to Japan and looks unlikely to be able to follow a similar path towards debt self-sufficiency.More than 40% of Japan’s public debt is owned by its central bank, something impossible for Italy as a member of the euro zone. Japan is also a far safer proposition for domestic investors than Italy, with a constant threat of political instability in Rome, rising yields and a possible debt crisis.”FINANCIAL ENGINEERING”Lorenzo Bini Smaghi, a former European Central Bank board member, described as “financial engineering” proposals such as tax incentives and legal shields for the repatriation of funds. He said appeals for ordinary Italians to buy up the public debt were a “sign of desperation” and could generate fears the government could make such purchases obligatory by drawing funds directly from people’s bank accounts.”People may suspect there’s something going on under the surface and it makes them even more afraid,” he said.

Italian banks have good reason to curb their holdings of domestic government bonds and foreign investors have long fallen out of love with Italy’s debt. Around 55% of the total is already in the hands of domestic investors including banks and insurers, with another 20% held by the ECB, whose stake keeps growing through purchases carried out by the Bank of Italy under various stimulus programmes.The proportion of debt in domestic hands has risen since the global financial crisis, and is higher than in Italy’sneighbours. France and Spain at the end of 2018 had more than 45% of their debt in foreign hands, and top-rated Germany had 48%, according to Eurostat data.

Domestic banks rode to Italy’s rescue during the 2011-12 sovereign debt crisis, increasing their domestic bond holdings, which at present account for 10.5% of their assets, a relatively high proportion which, according to consultancy Prometeia, rises to 18% when looking only at smaller banks.

Banks still play an important role in supporting Italian debt because they tend to step up purchases during market sell-offs, to then offload some of it when prices rebound.

The COVID-19 pandemic is further reinforcing the bank-sovereign link as new government-guarantee schemes encouragebanks to lend to virus-hit companies on the provision that the state will foot the bill if things go wrong.

Italy’s banking association said on Saturday small firms had requested so far more than 11 billion euros in loans fully secured by the state.

Mon May 18 , 2020
LONDON (Reuters) – Europe’s top oil and gas companies have diverted a larger share of their cash to green energy projects since the coronavirus outbreak in a bet the global health crisis will leave a long-term dent in fossil fuel demand, according to a Reuters review of company statements and […] 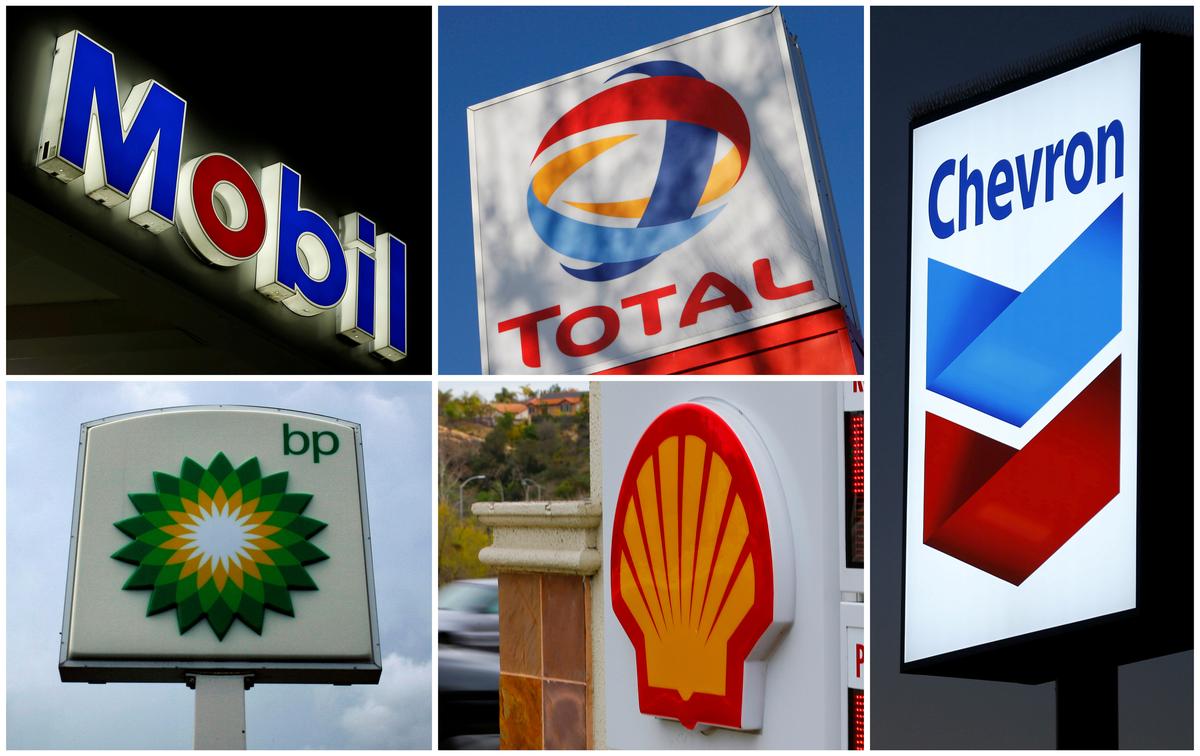