More than 30m workers in Europe’s five biggest economies have applied to have their wages paid by the state via short-term leave schemes designed to stop unemployment skyrocketing in the coronavirus crisis. The rapidly rising figure for the number of furloughed workers in Germany, France, the UK, Italy and Spain […]

More than 30m workers in Europe’s five biggest economies have applied to have their wages paid by the state via short-term leave schemes designed to stop unemployment skyrocketing in the coronavirus crisis.

The rapidly rising figure for the number of furloughed workers in Germany, France, the UK, Italy and Spain — amounting to nearly fifth of those countries’ total workforces according to data collected by the FT — underlines the scale of disruption caused to Europe’s labour markets by the pandemic.

Europe’s governments are hoping to persuade employers to keep people on their payroll until the crisis is over by allowing companies to send workers home or reduce their hours temporarily while part of their wages are paid by the state.

The number of Europeans who have applied to join the subsidised schemes is higher than the 26m people who have filed for unemployment benefits in the US in the five weeks since the lockdowns began.

The policy is one of the most expensive measures introduced by European governments in response to the pandemic and has been forecast to cost the region’s five largest economies more than €100bn in total.

However, there are concerns in some countries, such as Spain and the UK, that the schemes will not last long enough to avoid a surge in unemployment.

Meanwhile low-paid workers in other countries, such as Germany, fear that they will not be able to last for more than a couple of months on the money the government is providing.

Many of the European schemes are modelled on Germany’s Kurzarbeit programme, which was widely credited with shielding the country from a big jump in unemployment after the 2008 financial crisis, when it supported the wages of 1.5m workers.

However, economists say the schemes may not work as well this time because the economic contraction is deeper and it has badly hit many smaller companies, such as restaurants, hotels and shops. They may simply lay off staff or go out of business.

“The problem is that the shock is very large and it is many small companies that are hit, and it is in sectors where the companies may not be so keen to keep hold of their employees,” said Sebastian Dullien, scientific director of the Institute for Macroeconomics and Business Cycle Research (IMK) in Düsseldorf.

A survey by IMK found that 40 per cent of people believed they would have financial problems after less than three months of being on Kurzarbeit, which pays up to 60 per cent of net salaries, or 67 per cent for parents.

“Germany is always lauded for the level of Kurzarbeit but if you look at it the level is not that high compared to Austria or other countries, particularly for lower paid workers, like waitresses or shop cashiers,” Mr Dullien said.

The German government plans to increase Kurzarbeit to as much as 87 per cent for parents who are still relying on it after several months. But Mr Dullien said this was still not enough.

“This is a crisis that disproportionately hits poorer people and, if you want to stabilise aggregate demand, those people who are liquidity constrained and live hand-to-mouth, if you give them more money they will spend it,” he said.

In the UK, companies in the airline, retail and hospitality sectors are worried about the end of the country’s new furlough scheme in June. They may have to make many people redundant unless it is either extended or phased out as people gradually return to work.

Last weekend, industry body Airlines UK wrote a letter to the chancellor saying that aviation was “facing a cliff-edge post-June, whilst services are scaled up”. Without an extension or tapering of the scheme then airlines would face “a renewed cash crisis”.

In Spain there are similar worries that the government may not extend the special version of its Erte short-term leave scheme, which is supporting about 4m workers and is set to expire when the national state of alert is lifted on May 9. An existing version of the Erte scheme is considered too bureaucratic by many companies.

Spain’s CEOE employers’ federation said on Twitter after meeting officials in the prime minister’s office last week that “the prolongation and the greater flexibility of the Erte system is fundamental and urgent, and this is what we have conveyed”.

Additional reporting by Daniel Thomas in London, Daniel Dombey in Madrid and Davide Ghiglione in Rome

Tue Apr 28 , 2020
SINGAPORE (Reuters) – A recession in Singapore’s trade-reliant economy could be deeper than forecast as the protracted nature of the COVID-19 pandemic is likely to hamper a decisive rebound in global activity, the city-state’s central bank said on Tuesday. FILE PHOTO: A woman wearing a mask in precaution of the […] 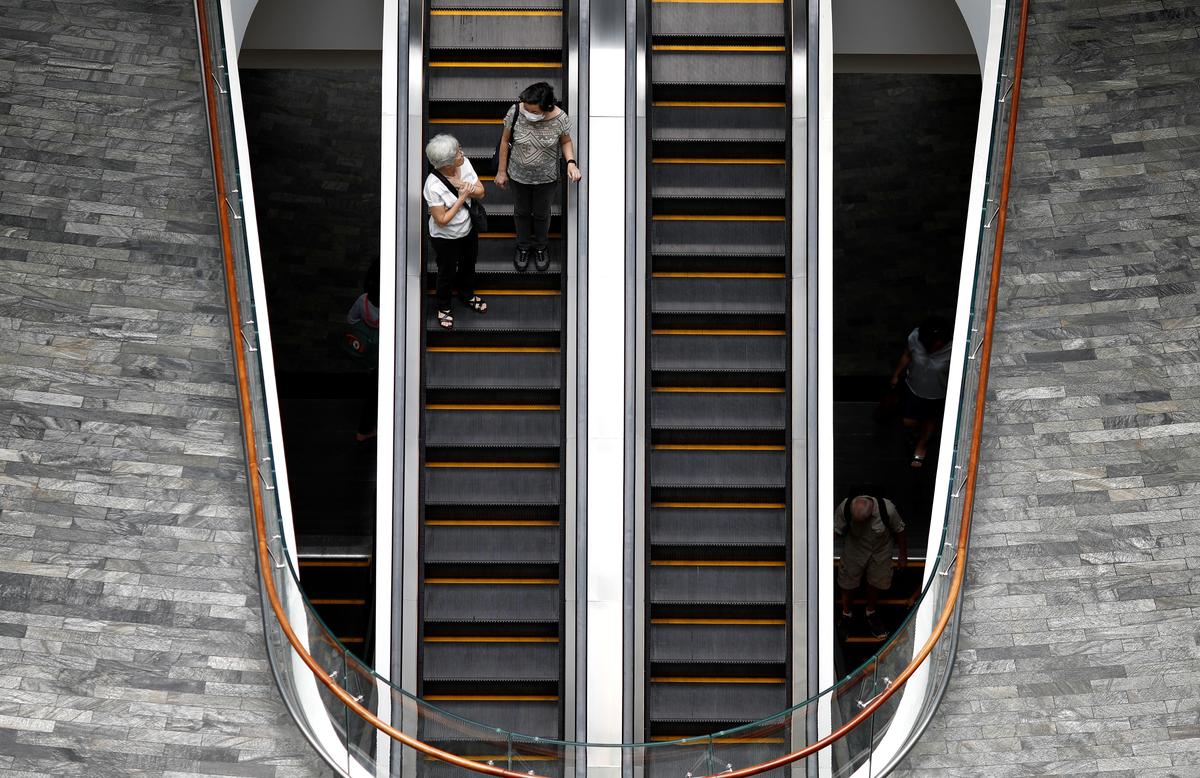