Academics at one of Oxford’s richest colleges have presented mobile phone records to support an allegation that the institution’s dean leaked confidential information, the latest twist of an extraordinary governance row. Trustees of Christ Church, the alma mater of 13 prime ministers including William Gladstone, have been locked in a […]

Academics at one of Oxford’s richest colleges have presented mobile phone records to support an allegation that the institution’s dean leaked confidential information, the latest twist of an extraordinary governance row.

Trustees of Christ Church, the alma mater of 13 prime ministers including William Gladstone, have been locked in a very public pay dispute with the dean, Martyn Percy, that has so far involved an attempt to oust him from his position, more than £2m in legal fees and a suspected blackmail campaign.

With the two sides unable to reach an agreement, they now want the Charity Commission, which has regulated colleges at Oxford and Cambridge since a legal change a decade ago, to intervene, according to people close to the dispute.

But senior university figures fear that this could have implications for all Oxford colleges, which, unlike most charities, tend to have large numbers of trustees — academics — who are also paid and therefore have a financial interest in the charity’s spending.

The latest row between Mr Percy and the college centres on who leaked a confidential tribunal judgment that largely vindicated Mr Percy of allegations of impropriety relating to the dispute. The dean, who is a senior Church of England priest, has consistently denied being the source of the document.

However, Christ Church’s governing body was told last week that Mr Percy’s work phone records show that in February he was in regular contact with the former Conservative minister Jonathan Aitken, who in March circulated the judgment. Another PDF circulated by Mr Aitken showed its author to be “Martyn Percy”.

Mr Percy declined to comment. He has told the college that an old document could have been edited to include new information. Mr Aitken told the FT that he had not received any documents from Mr Percy. He said he had received the document from an unknown email address by the name of “Henry Wolsey”.

The Charity Commission’s intervention would be an unprecedented move for an Oxford or Cambridge college. The regulator’s actions could include firing trustees and ordering an independent review. The head of another Oxford college said, “If [Christ Church] were a school in Hackney, it would already have been taken into special measures.”

The dispute dates back to 2017, when Mr Percy, who had been appointed three years earlier, asked for a pay increase. It escalated after college figures accused him of trying to rig the make-up of the board that set his salary. In return, Mr Percy began multiple employment claims against the college.

The dean survived an initial attempt to oust him last year, when a retired High Court judge largely cleared him of allegations of impropriety. But relations have worsened since, after copies of the confidential judgment were circulated and leaked to the governing body and the media.

Mr Percy has denied speaking to journalists about internal matters. But he handed over a screenshot of his phone calls, which revealed contact with a journalist at the Times newspaper before it published extracts of the judgment. The college subsequently found multiple text messages and calls between the journalist and Mr Percy. The dean told the college they were regarding his advisory role at the British Board of Film Classification.

Nearly two-thirds of the trustees, mainly academics, have accused Mr Percy of “a consistent lack of moral compass”, and called for the Charity Commission to help to remove him.

“We are concerned that the protracted dispute . . . undermines trust in the charity, and potentially in charity generally,” the commission told the FT. “We continue to consider what further action might be needed to bring this damaging dispute to an end.”

The college has offered Mr Percy a settlement worth more than £1m to leave his post, which would cover his legal fees of at least £450,000. But the dean broke off mediation efforts in March. Both sides declined to comment on why the discussions had broken down.

The dean, who has been portrayed as a reformer, was the subject of vicious emails by some trustees soon after his appointment in 2014. The issue has raised questions about Christ Church’s statutes, which offer few ways to resolve governance disputes, and its unique structure, with the college and the adjoining cathedral both headed by a dean.

Christ Church, whose endowment was worth £578m as of July 2019, has suffered a series of unrelated embarrassments. A professor was suspended last year, over claims he was involved in the theft of a papyrus, which he denies. Millions of pounds of art, including a painting by Anthony van Dyck, were stolen from the college library in March. An undergraduate also made an offensive joke about Black Lives Matter protests during recent student hustings.

In a sign of the vicious atmosphere surrounding the dispute with the dean, senior academics reported receiving emails saying that, unless they paid large sums to Mr Percy, confidential documents would be published. Christ Church said the emails “were reported to the police, and are being treated as blackmail”. The emails were also from an account labelled “Henry Wolsey”, the same name used by the person Mr Aitken says sent him the judgment. Mr Percy declined to comment on the allegation.

Mr Aitken said that the dean had no intention of leaving Christ Church, and instead called for his accusers to be removed.

“He’s not going to move for 20 years. Why should he?” the former minister said. “The Augean stables have to be cleaned out — which must mean some departures.”

Apprenticeships only part of solution to rise in youth unemployment

Thu Jun 25 , 2020
Boris Johnson has promised to guarantee an apprenticeship for every young person, when he sets out measures to avert an unemployment crisis as the economy emerges from lockdown. The pledge, made in an off-the-cuff answer at a briefing earlier this month, has raised hopes the government will address some flaws […] 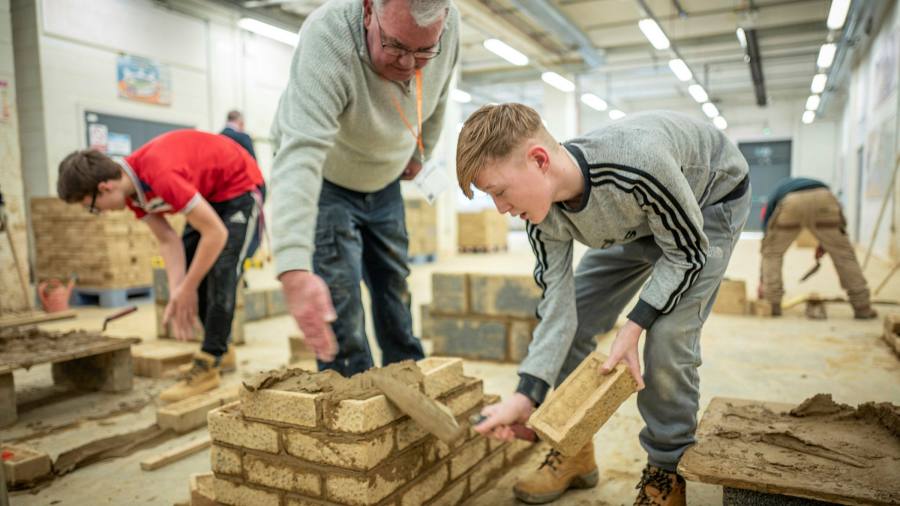