The coronavirus pandemic is placing question marks over large areas of UK government policy mapped out by Prime Minister Boris Johnson and his colleagues between the Conservative party’s election victory in December and the national lockdown imposed in March.

What will become of the government’s multibillion-pound infrastructure projects, designed to knit together a regionally and socially divided country and to reward new Tory voters in northern England and the Midlands?

What sort of post-Brexit trade deals will be available to the UK in a world defined by disruption to global supply chains and hardening support for national security and economic self-protection?

Perhaps the most sensitive area is immigration policy, for the pandemic is shining a light on the UK’s public services and the structure of its economy in a way that challenges core assumptions of the government’s post-Brexit plans.

Before the pandemic erupted, the government published proposals for a points-based immigration system whose purpose was to clamp down on EU citizens seeking work in the UK and, in particular, to impose tight limits on low-paid foreign workers.

In February Priti Patel, the home secretary (interior minister), dismissed the concerns of British companies that the new regime would lead to damaging labour shortages, saying there were more than 8m “economically inactive” Britons who could fill the jobs.

What she omitted to say was that 2.2m of these people were students, 2.1m were long-term sick people and 1.9m were looking after families.

During the pandemic, Britons have woken up to the fact that vital sectors such as the National Health Service, home care, farming and food processing are operating thanks in no small measure to low-paid EU and non-European workers of precisely the kind whose numbers Ms Patel’s proposals are intended to restrict.

None other than Prince Philip, the 98-year-old husband of Queen Elizabeth, rammed home this point on Monday. He paid tribute to the low-paid in a rare public statement that praised “the staff and volunteers working in food production and distribution, those keeping postal and delivery services going, and those ensuring the rubbish continues to be collected”.

However, Brexit is the glue that holds together Mr Johnson’s government, and strident rhetoric and outright lies about immigration were part of the formula that won the UK’s 2016 referendum for the pro-Brexit forces.

During the referendum campaign these forces fanned the perception that had arisen, in the years when the UK was open to free movement of EU citizens, that such workers were to blame for depressed wages, housing shortages and pressure on public services.

Nothing was said about the severe impact of the global financial crisis and ensuing recession on wages, or the abysmal failure of one UK government after another to address the housing problem, or the fact that EU workers were net contributors through tax to the NHS and other services used by Britons.

To judge from public opinion surveys, immigration was dropping down the list of British people’s concerns long before the pandemic struck. The government has some political space now to relax Ms Patel’s proposals, especially given widespread public sympathy for the efforts and courage of low-paid foreign employees in the NHS and care sector.

Amplifying this argument, Sophia Wolpers of London First, a network of business leaders who promote the capital’s interests, describes the government’s immigration policy guidelines as based on “old thinking”.

For what the pandemic has shown is that the British economy as a whole, like that of many other advanced countries, is structurally dependent on a large imported workforce who receive low pay for taking on the work that most of the native population does not want to do.

So far, there is scant evidence that the government will rethink its immigration plans, just as there is no sign that it will bow to common sense and arrange an extension beyond December of the transition period governing post-Brexit EU-UK relations.

In both cases, the stubbornness arises not so much from stupidity as from a conscious political calculation that the Conservative party’s unity, close to being torn to shreds between 2016 and 2019, requires sticking to the hardline definition of Brexit and national sovereignty reached after Mr Johnson replaced Theresa May as prime minister.

Yet the more rigidly the government sticks to unrealistic immigration plans, the more spectacularly it will fail to fulfil its promises, risking the same slump of public confidence in political leaders that drove up support for populism in the pre-Brexit era.

Robert Shrimsley: Culture wars are infecting UK’s pandemic strategy
The government has a sense of how lockdown might be eased and phased. All agree that the only viable approach for easing lockdown is mass community testing and contact tracing. But ministers are tussling over how far to drive the virus spread down before easing restrictions. Matt Hancock, health secretary, argues that squashing the rate of spread before easing will help efforts to control it. Michael Gove, the government’s chief fixer, and Rishi Sunak, the chancellor, want to move earlier to minimise the economic hit. (FT)

UK braced for long recession due to virus fear factor
The Bank of England and the Treasury are braced for a prolonged UK economic slump after the coronavirus lockdown restrictions are lifted, amid fears swaths of the population will be reluctant to ramp up spending or go back to work. (FT reporters)

European citizens in UK at risk of losing out on jobless benefit, warn campaigners
The 1.3m European citizens waiting for the permanent right to settle in the UK risk being refused the main unemployment benefit during the coronavirus outbreak, the government was warned on Monday. (Robert Wright and Jim Brunsden, FT)

Tue Apr 21 , 2020
LONDON (Reuters) – It took Lucio and Meera Santoro 35 years to build up their London design company and just a week to watch it fall apart. Lucio Santoro and Meera, his partner and co-founder of The Santoro Group, pose for a portrait with their dog, Bella, in their garden, […] 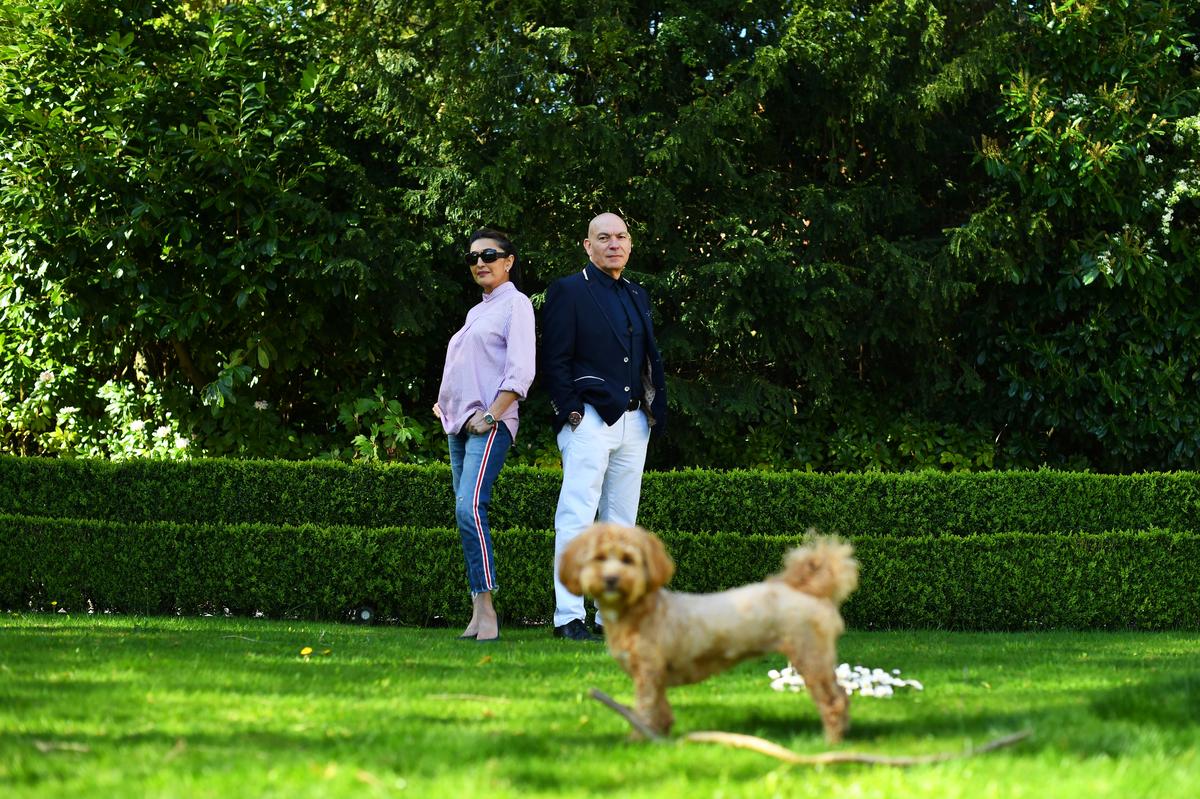