For more than 30 years the UK sandwich sector has enjoyed an almost uninterrupted boom, as a humble lunch became an industry worth more than £8bn a year.

But the coronavirus pandemic has cut sharply into sales, as office workers do their jobs — and make food — at home and outlets such as Pret A Manger have been forced to close.

The collapse of sandwich maker Adelie Foods this week, with the loss of more than 2,000 jobs, has heightened concerns that coronavirus may leave a permanent mark. The Heathrow-based company, which supplied Caffè Nero, petrol station forecourt stores such as Shell and supermarkets including Aldi, faced a “significant adverse effect” from coronavirus, according to administrators Deloitte.

“We’re pretty devastated as an industry, and probably will be into next year,” said Jim Winship, director of the British Sandwich & Food to Go Association.

Even if we do start returning to work a few days a week, people will start making their own stuff . . . people have got used to scratch cooking

He warned that many of the UK’s estimated 12,000 to 15,000 small sandwich bars were struggling, especially those with high rents. There were also risks to ingredient suppliers, he added.

“There are some real dangers of casualties in the sector unless the government gives more support to food service.”

In the UK, prepared sandwiches have been a growing business since the 1980s, sold through supermarkets and cafés. Growth in the 1980s and 1990s reached 15 or 20 per cent in some years, said Mr Winship, before slowing more recently to about 2 per cent a year.

The industry has been conquering breakfast as well as lunch: market researchers Kantar said “breakfast” was the most popular sandwich variety in the 12 weeks to March 22, with other top-10 flavours including ham and cheddar, prawn mayonnaise and Hoisin duck.

Sales of sandwiches through convenience stores and delis in the four weeks to May 23 were down 57.7 per cent from a year earlier, according to Nielsen. Pret A Manger is seeing footfall at about a fifth of pre-pandemic levels as it reopens branches after lockdown.

There are some signs of recovery: research by the UK’s largest sandwich maker Greencore last week found that 23 per cent of people had bought prepared food-to-go in the past week, up from 16 per cent in the toughest phase of lockdown but still down from 45 per cent before the pandemic.

Industry groups have said more companies may fail before the market recovers enough to keep them afloat. And with levels of coronavirus infection still high, analysts expected working from home to persist, leading to a “new normal” that may include subdued sales of sandwiches, salads and sushi.

“Even if we do start returning to work a few days a week, people will start making their own stuff — one, because there is the financial pressure but also because people have got used to scratch cooking,” said Charlotte Di Cello, chief commercial officer at the food-to-go chain Leon.

“Some people will be wary about safety and hygiene, and making your own food takes that perceived risk away.”

Gill Reeve, who has run Dene’s Deli, a sandwich shop in Newcastle, for the past 30 years, said: “A lot of our regulars were office-based and I don’t know how many of those will ever go back to the office again.”

In the run-up to lockdown Ms Reeve reduced the number of customers in store, before selling sandwiches over the doorstep, then closing altogether. “I’m very anxious [about reopening] because everything is going to be new,” she said.

Larger companies are acting to reduce costs. Pret, owned by Luxembourg-based JAB Holdings, has appointed advisers Alvarez & Marsal and CWM to help transform its business model and cut what it said were “high rental costs”. It has focused on growing its delivery arm, which now makes up about 20 per cent of sales, up from 1 per cent two months ago.

Greencore — which supplies Marks and Spencer, Co-op, J Sainsbury and Tesco — furloughed about a third of its 11,500 staff, closed three production sites, and cut its sandwich range back to basics such as chicken salad, egg and cress, and tuna mayonnaise.

But it has now brought back about 1,000 workers and is reopening sites, said Patrick Coveney, chief executive.

“That’s all quite consistent with the volume coming back quite strongly through May and into June,” he said. “We think volume will have come back a long way towards pre-Covid levels by the autumn. But then I think you get to the question of what will be the new normal.

“There are going to be changes to workplace patterns, which will impact both the size of the food-to-go and sandwich market, and also its structure.”

There will also be economic pain. The Bank of England forecasts the UK’s deepest recession in 300 years. Still, Mr Coveney and Mr Winship both said premium sandwiches had flourished in past downturns, as people traded down from restaurants.

SSP, which runs food-to-go outlets in airports and stations globally for brands such as Upper Crust and Starbucks, said business in China — where lockdowns took place earlier than elsewhere — was now at 30 to 40 per cent of pre-pandemic levels.

Simon Smith, chief executive, said: “We are finding largely that [customers] are buying what they did before. They just need the confidence to buy.”

Mon Jun 8 , 2020
Standing on the white cliffs of Dover looking down on the ancient port’s modern freight terminal, two truths about the management of the UK trade border after Brexit instantly become apparent. Firstly, wherever the new customs checks take place after January 1 next year, they cannot be in Dover Port: […] 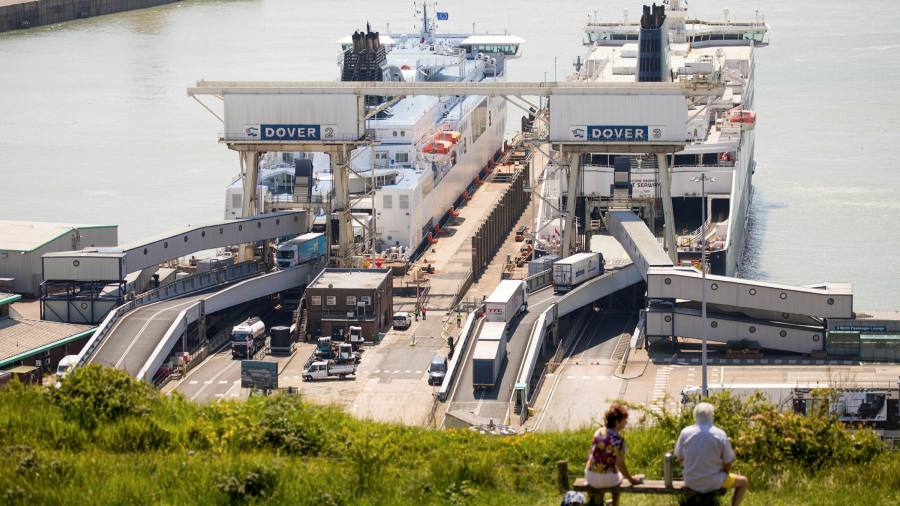