WARSAW (Reuters) – The Polish government has approved regulations aimed at making it difficult for investors from outside the European Union to take over companies cheaply that Poland considers strategic for its economy, it said on Wednesday.

The regulations are part of a government rescue package worth more than 300 billion zlotys (£58.71 billion) to help the country survive the new coronavirus pandemic and the resulting economic crisis.

The development ministry, which devised the new rules, said they would be binding for two years and would apply to public companies, producers of software used in power plants, transportation and health systems, and companies in the energy, telecoms and defence sectors.

“We do not want to scare off investors but only protect Polish companies against hostile takeovers due to the deteriorating economic situation,” Development Minister Jadwiga Emilewicz said in a statement.

In April, Germany similarly agreed to tighten rules to protect domestic firms from unwanted takeovers by investors outside the European Union.

On Wednesday, it gave itself new powers to veto hostile foreign takeover bids for healthcare companies, after the early stages of the pandemic saw a run on materials thought key to fighting it, including reported attempts by the U.S. government to buy a start-up in Germany working on a vaccine.

Both countries’ rules come as Europe also reconsiders relations with China in the face of increased investment in critical sectors by state-owned enterprises.

In Poland’s case, though, analysts and critics say the nationalist ruling Law and Justice (PiS) party may also seek to use measures in its rescue package to increase its control over the private sector.

Since coming to power in 2015 the PiS government has tightened its control over energy companies and banks. It has also criticised privatisation deals closed under former governments.

Under the new regulations, the competition watchdog UOKiK will be responsible for regulating cases where a significant number of shares in such companies are acquired.

The rules will apply to companies whose revenues have exceeded 10 million euros in either of the two financial years before the planned acquisition.

Wed May 20 , 2020
The UK is heading for a new clash with Brussels over its plan to introduce minimal border checks on trade between Great Britain and Northern Ireland, as it implements the Brexit deal struck with the EU last October. Michael Gove, cabinet office minister, told MPs on Wednesday he wanted to […] 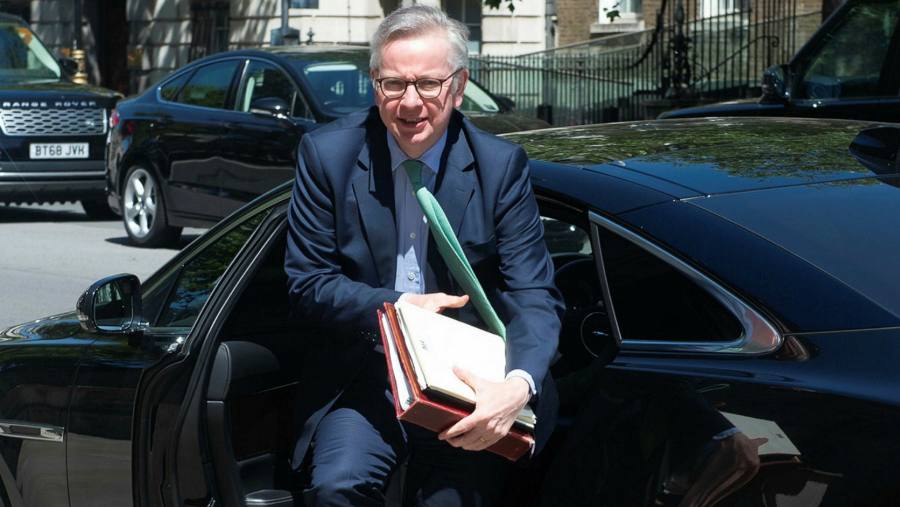