LISBON (Reuters) – Portugal’s once-booming tourism sector collapsed in April as lockdowns to contain the spread of the coronavirus grounded flights and kept visitors from the country’s largest market Britain away.

A waiter waits for customers at a restaurant, amid the coronavirus disease (COVID-19) outbreak, in downtown Lisbon, Portugal May 25, 2020. REUTERS/Rafael Marchante

The National Statistics Institute (INE) said in its flash estimate on Friday the number of overnight stays by foreign tourists in Portugal dropped 98.3% to nearly 71,000 last month from the previous year.

Overnight stays by Britons fell 99.3% in April compared to the same period in 2019, followed by a massive drop in the German and Spanish markets, decreasing 98.9% and 98.1% respectively.

Portugal, which has so far recorded 31,596 confirmed COVID-19 cases and 1,369 deaths, is slowly easing restrictions in place since it locked down in mid-March. Most stores and restaurants have already reopened.

Though the country’s borders never fully shut to European nations, with the exception of its land border with hard-hit neighbouring Spain, most hotels decided to close as there were limited flights and no customers.

Last month around 80.6% of tourist accommodation establishments, from small hotels to resorts, were shut, INE said, adding around 78% experienced cancellations of bookings scheduled for between March and August this year.

In 2019, more than 16 million foreign tourists visited Portugal, almost 20% of them from Britain.

Portugal and Britain are in talks to try and secure an air corridor for tourists that would allow British visitors to avoid a COVID-19 quarantine upon returning home.

The tourism industry contributed around 15% to gross domestic product in 2018, according to official data.

Unemployment in the Algarve region more than doubled in April compared with the same month last year as the lockdown wiped out seasonal jobs.

The International Monetary Fund expects the economy to contract by 8% this year, above the European Commission’s predictions of a 6.8% drop.

Also on Friday, INE said output shrank 2.3% in the first quarter of 2020 from a year earlier.

Fri May 29 , 2020
Ed Miliband has called on the UK government to step in to save the steel industry as part of a more “proactive” industrial policy in the teeth of the coronavirus crisis. The intervention by Labour’s shadow business secretary and former party leader comes as Britain’s biggest steel producers — including […] 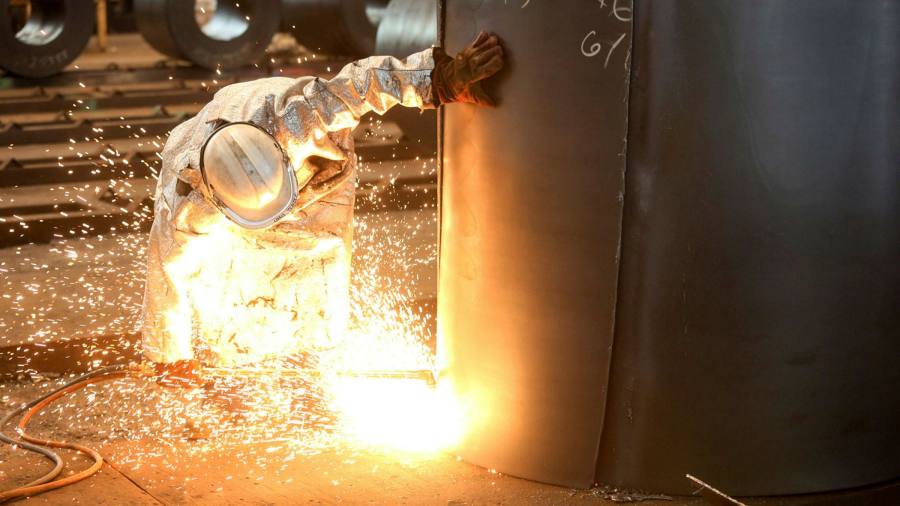