Energy suppliers are locked in discussions with the regulator about potential financial support to head off the collapse of some of the weaker electricity and gas providers as businesses and households hit by the lockdown default on their energy bills.

Ofgem is exploring a deal that would allow energy suppliers to defer payments they would normally make to network companies, such as National Grid, UK Power Networks, SSE and ScottishPower, that cover the cost of maintaining electricity and gas networks.

These network costs, which make up about a fifth of the average energy bill, are collected by suppliers and usually passed on to the relevant infrastructure operator.

Under the proposals, energy suppliers facing cash flow problems could hold on to these payments for a short period of around three months, according to several people familiar with the negotiations.

The costs would eventually be repaid but the interim arrangement means network companies, which have come in for criticism in recent years over their generous returns to investors, would share some of the financial impact from the pandemic rather than leaving suppliers to shoulder the burden of bad debt.

Any deal is likely to prove unpopular with suppliers with robust balance sheets that fear such a plan would merely prop up companies that had questionable business models even before the pandemic.

Ministers and regulators have long encouraged more competition in the energy supply market to break up the dominance of larger players such as British Gas, Eon and EDF Energy and reduce household bills.

Before the pandemic hit, many suppliers were already struggling as the influx of new players left the sector with wafer-thin margins. Nearly 20 smaller suppliers have gone bust since the end of 2016, leaving 58 companies still fighting for market share.

One person familiar with the discussions described the proposal as a “backdoor bailout” that would offer cheap finance to the “tune of hundreds of millions to pounds” to companies struggling to raise finance elsewhere.

In March, Energy UK, a trade body for electricity and gas suppliers, approached the government about a sector-specific loan scheme for its members, rather than the wider emergency bailout schemes the Treasury has launched since the lockdown.

Industry executives said some suppliers were struggling with cash flow as revenues were hit by a growing number of defaults by household and businesses compounded by a drop in demand as whole sectors of the economy, such as leisure and hospitality, remained locked down.

Ofgem has a mechanism to ensure customers receive an uninterrupted supply in the event of an electricity or gas supplier going out of business. Those customers are reallocated to another supplier following a bidding process but there are concerns the mechanism could be overwhelmed if too many suppliers are hit by the pandemic, another person familiar with the talks said.

Ofgem declined to comment on the details of the discussions but said: “Our priority is to ensure that customers continue to have an uninterrupted supply of gas and electricity. Throughout the pandemic we have regularly engaged with industry at a senior level.”

The Energy Networks Association, which represents network companies, said: “The energy network companies are continuing to put customers first and have been engaging regularly with Ofgem during the coronavirus pandemic to ensure customers are supported as best as possible at this time.”

Wed May 20 , 2020
Liberty Global has struck a deal with a fund backed by the UK government and the Church of England to build a network of electric vehicle charging points in residential streets using the underground duct network of its Virgin Media business. The US cable company has created a joint venture […] 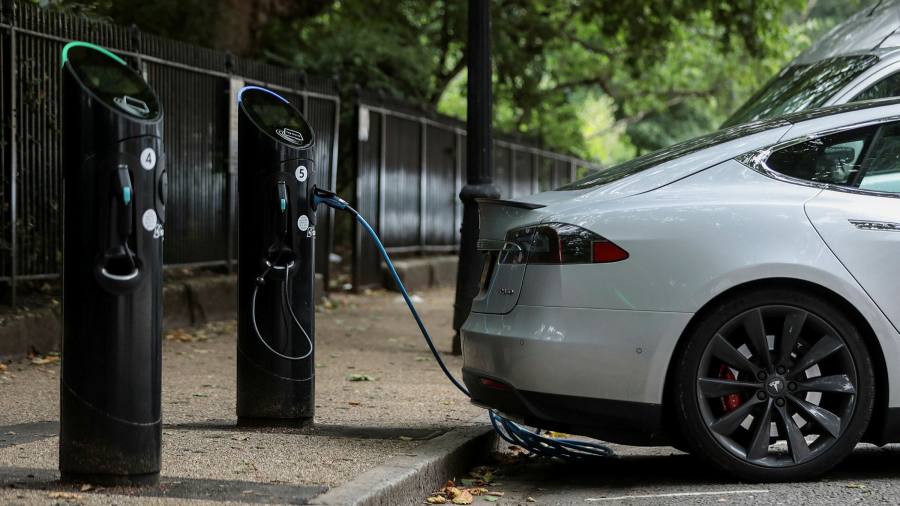