The traditional kick off to the English football season is set to take place on Saturday with the “Community Shield” match between Premier League champions Liverpool and FA Cup winners Arsenal.

Yet the vast, empty stands at London’s Wembley Stadium will symbolise how the sport continues to disrupted by the Covid-19 pandemic.

The Premier League — the world’s most valuable domestic football competition — has endured a difficult year so far. Coronavirus-related losses at English football’s top tier clubs are projected to be £850m for last season, mainly due to lost matchday income with supporters unable to attend games since February. The Premier League also agreed a £330m rebate with broadcasters to compensate for the lack of action during lockdown.

It is plotting a financial recovery. Talks are underway for the partial reopening of stadiums and a deal has been reached with broadcasters to prevent further rebates. Meanwhile, teams are seeking to spend less cash in the multibillion pound transfer market.

But interviews with club and league executives, broadcasting and government officials, football industry analysts and investors reveal how these efforts are fraught with difficulty.

There is frustration among some club executives that the UK government is imposing strict requirements before reopening stadiums while other sectors, such as travel and hospitality, adhere to less stringent demands.

Supporters’ groups have attacked broadcasting agreements that may mean thousands of fans will not be able to watch their teams play live — either in person or on television.

There is also the risk of further lockdowns, which would force the postponement of matches and leave plans in tatters. But unless fans return to stadiums soon, Premier League teams warn they face another lossmaking season.

“I think it’s going to be very difficult for any football club . . . to operate without fans for any period of time,” said Paul Barber, chief executive of Brighton and Hove Albion. “Our whole business model is built around having people in the stadium.” 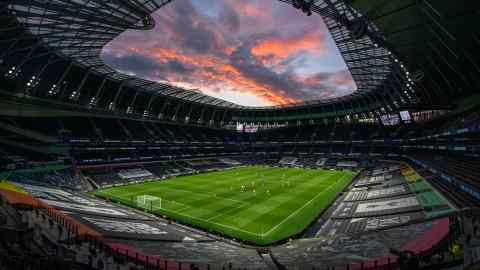 Matches will continue to take place “behind closed doors” through September, but Premier League and government officials are in discussions to begin reopening stadiums from October in plans that will allow grounds to be up to a third full.

Clubs are undertaking complex scenario modelling to work out how to stick to strict government protocols, such as maintaining social distancing between supporters and avoiding over-reliance on public transport.

Smaller clubs with older stadiums with tight concourses and a lack of car parking facilities may be forced to restrict admission to far less than 33 per cent.

Executives at Manchester City, which plays in the modern 55,000 seat Etihad stadium, are drawing up plans to allow 13,500 spectators into its stands — around a quarter of normal capacity.

Season ticket holders will need to enter a ballot to gain entry to individual matches, while the club is working on solutions to avoid fans mixing, such as allowing supporters to order food and drinks from their seats.

According to consultancy Deloitte, in the 2018/19 season — the latest period for which comprehensive figures are available — matchday income across all 20 Premier League clubs was worth £683m.

This represents just 13 per cent of the £5.1bn total turnover, with the vast majority of revenue made through broadcasting and sponsorship deals.

But teams are run on slender operating margins, so ticketing income is often the difference between making a profit and not. Club revenue is mostly swallowed up by player wages, which cost a combined €3.6bn in the 2018/19 season.

Clubs in Germany’s Bundesliga had agreed plans for a partial reopening of stadiums to fans for the start of its season next month, only for health officials to block the proposals for the time being. Other competitions, such as Spain’s La Liga and Italy’s Serie A, are also developing protocols to welcome some supporters back at grounds.

When Premier League matches resumed in June, a deal was reached to allow the remaining 92 games of the season — including 45 that were not due to be televised — to be shown live in the UK by the competition’s broadcast partners: Sky, BT, Amazon and the BBC.

Scoreboard is the Financial Times’ new must-read weekly briefing on the business of sport, where you’ll find the best analysis of financial issues affecting clubs, franchises, owners, investors and media groups across the global industry. Sign up here.

The measure had been demanded by the government, which wanted to provide morale-boosting entertainment to the public following weeks of lockdown.

For the upcoming season, the Premier League is providing 20 extra matches for its UK broadcast partners to screen live. This concession is designed to compensate TV companies for a disrupted fixture calendar that will require more matches to be played on weekday evenings rather than the more valuable weekend slots. It is hoped the agreement will avoid broadcasters demanding further rebates.

But as only 220 of the 380 matches will be shown live in the UK, many ardent fans will be unable to watch their favourite teams with the restrictions on the numbers that can attend stadiums.

Tim Payton from the Arsenal Supporters Trust called for all games to be shown on television until grounds are fully reopened or to allow season ticket holders to watch matches online — a solution being deployed in the Scottish Premiership and English Football League, the professional divisions below the Premier League.

“They are the only sport in the world in the world that holds back premium content in its home market,” he argued.

Premier League executives and member clubs are reluctant to unpick broadcast contracts, worth £3.7bn this season, fearing that screening more matches may devalue existing deals. These concerns have been heightened by fears that pay-TV providers will seek to recoup coronavirus-related losses by paying less for sports rights in future.

In June the Bundesliga announced Sky and online service DAZN will pay €4.4bn to show matches in its home market between 2021 and 2025 — a fall of €200m from its previous domestic TV rights deal.

“We’ll see the impact of Covid for years to come with regards to sports broadcasting generally and football broadcasting in particular,” said Rob Wilson, a football finance academic at Sheffield Hallam University.

These pressures have resulted in clubs seeking to cut costs. Consultancy KPMG has predicted that €10bn has been wiped off the value of football players in Europe’s biggest leagues due to the pandemic, as plummeting revenues means less cash will be spent on star signings. With the exceptions of big spenders such as Chelsea and Manchester City, most clubs are seeking cheaper ways to replenish their squads.

“These constraints drive creativity,” said Alistair Mackintosh, chief executive of Fulham, newly promoted into the Premier League. “Some clubs are prepared to sell their players at lower values. There are lots of talks of creative deals and swaps . . . there will be last-minute bargains as people look to shed wage bills late on.”

Many say they are resisting the route taken by Arsenal, which became the first top tier club to announce widespread redundancies by cutting 10 per cent of its non-playing workforce. The move prompted a backlash from fans and media commentators who regard football clubs as institutions rooted in their local communities, rather than global profit-seeking enterprises.

Mr Barber said his club has not needed to make redundancies thanks to the financial backing of its owner, gambling industry entrepreneur Tony Bloom.

But investment from a wealthy owner “can’t go on forever” and be a stopgap for a return to stadiums, he warned. “We do need to get our business back on track, as soon as we possibly can.”

Feast or famine: restaurateurs in a stew as dining scheme ends

Sat Aug 29 , 2020
Mark Gurney, one of the owners of Salon, Larry’s and Levan, three south London restaurants, is relieved that August is almost over. For a business operating on wafer thin margins after months of enforced closure during the coronavirus lockdown, the government-backed discount dining scheme, which ends on Monday, worked in […] 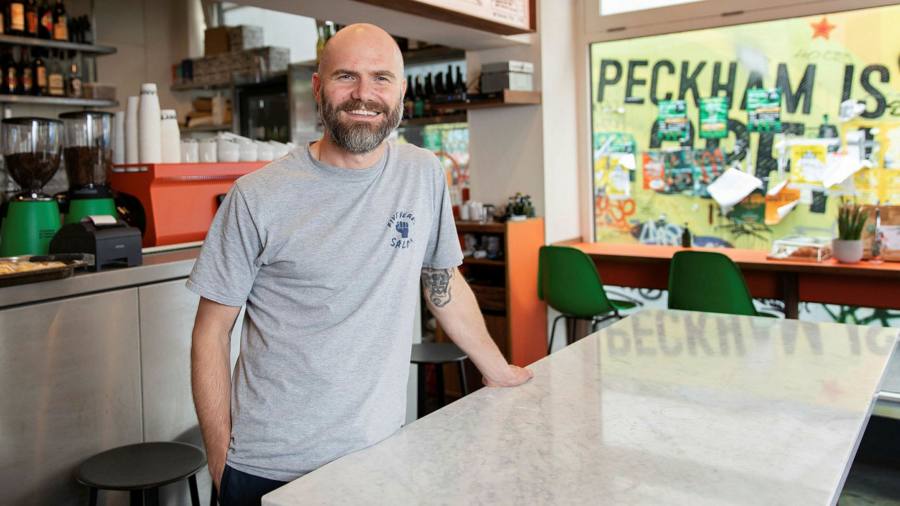