Every football match in the English Premier League will be screened live in the UK following a deal with broadcasters, despite concerns that showing additional fixtures could devalue the product in future negotiations. Pressure had been mounting on the league to address concerns that supporters would not be able to […]

Every football match in the English Premier League will be screened live in the UK following a deal with broadcasters, despite concerns that showing additional fixtures could devalue the product in future negotiations.

Pressure had been mounting on the league to address concerns that supporters would not be able to follow their team as government restrictions on mass gatherings remain in place.

The world’s most valuable domestic football competition said on Tuesday that it had agreed to screen all 28 matches due to take place in September on Sky Sports, BT Sport, Amazon Prime Video and BBC.

The Premier League is also in talks with BBC Radio 5 Live and Talksport over similar arrangements for radio broadcast. The season is set to kick off on Saturday.

“For a sponsor this means more eyeballs will be on our branding because more matches will be on show for fans. It helps mitigate some of the losses from fans not being in stadiums as every match will be broadcast,” said Dylan Holman, head of sponsorship at eToro, an online trading company and sponsor of several top flight clubs.

The league said it was also holding talks and considering arrangements for matches scheduled to take place over the remainder of the season. Originally, the Premier League and its broadcast partners had planned to show 220 of this season’s 380 matches live in the UK.

Historically, matches at 3pm on a Saturday are not televised but the pandemic has changed traditions. Senior Premier League officials have been reluctant to screen every fixture because of the risk of devaluing existing broadcasting contracts, which are worth £3.7bn to clubs this season.

The agreement to broadcast more live matches is in keeping with arrangements put in place when clubs resumed the season in June after a three-month delay caused by the pandemic.

All 92 matches that were affected by the delay were screened by Sky, BT, Amazon and the BBC.

The stakes are high for the league and its clubs, which are set to lose out on £540m of revenue this season because of the restrictions on how many supporters can attend matches.

Although clubs are set to allow some fans to return to their seats in October, it is expected that achieving full capacity again will be a gradual process.

Clubs have also suffered from the league’s decision to terminate its contract with Chinese digital broadcaster PPTV, owned by the Jiangsu-based online retailer Suning. The dispute over the deal, worth $700m over three years, arose as a result of the pandemic.

Covid testing director apologises for shortage of tests in England 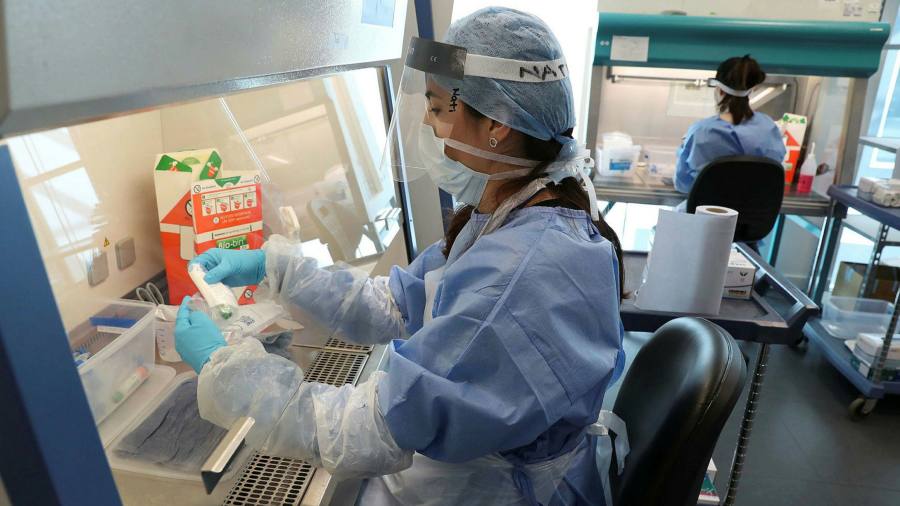