Rishi Sunak, the UK chancellor, will on Friday come under renewed pressure to avert a wave of autumn job losses, after the Bank of England warned that unemployment would remain high and output below pre-pandemic levels until at least the end of next year.

Mr Sunak is visiting Scotland on Friday and will face demands from the Scottish National party to extend until 2021 the furlough scheme that has supported 9.5m jobs, with Ian Blackford, SNP leader in Westminster, warning it would be a “grave mistake” to end the programme in October.

However, the chancellor will be able to point to backing from Andrew Bailey, the BoE governor, who said that despite the threat of rising unemployment it was right to close down the scheme as planned in October.

“It’s been a very successful scheme, but he’s right to say we have to look forward now,” the governor told the BBC. “I don’t think we should be locking the economy down in a state that it pre-existed in.”

Meanwhile, Boris Johnson said, on a visit to Warrington, that he saw “real signs of strength in the UK economy” but a recovery would require “people to have the confidence to go back to work in a Covid-secure way”.

The central bank’s quarterly forecasts, published on Thursday, suggest the economy has bounced back faster than expected since the lockdown began to ease — supporting the monetary policy committee’s decision to leave interest rates, and its asset purchase programme, unchanged.

But the MPC thinks the recovery will slow dramatically from the autumn, with gross domestic product only returning to its pre-pandemic peak at the end of 2021.

Policymakers said unemployment would peak at 7.5 per cent towards the end of 2020 but would take years to return to pre-crisis levels, with people who had lost jobs in hard-hit sectors lacking the skills needed to find work in those industries likely to start hiring first.

Mr Bailey said the BoE had no plans to cut interest rates below zero, but made it clear that negative rates were “in our toolbox” and that the MPC was ready to inject further stimulus if needed.

The BoE’s warnings of persistently high unemployment and long-term “scarring” to the economy fuelled the calls for the chancellor to do more to support jobs.

Mr Sunak will use his visit to Scotland to trumpet the billions of pounds of support being given by the UK government to all four constituent nations during the pandemic.

­­However, Ed Davey, acting leader of the Liberal Democrats, said the BoE warnings of job losses showed that Mr Sunak should adapt the furlough scheme to give continued support to “the worst hit sectors and areas still in lockdown”.

Senior Tory MPs believe Mr Sunak will have to step up fiscal stimulus in the autumn and officials confirmed the chancellor “stood ready” to do more in his Budget later in the year.

However, both he and Mr Johnson insist the furlough scheme must end. The prime minister said last month it was keeping people in “suspended animation” and stopping them from “actually working”.

Thu Aug 6 , 2020
Boris Johnson’s government is being urged by business leaders to give more financial support and information to companies hit by local lockdowns, as ministers consider extending coronavirus restrictions. Preston council in Lancashire said on Thursday that it expected the government to announce new restrictions there soon after a rise in […] 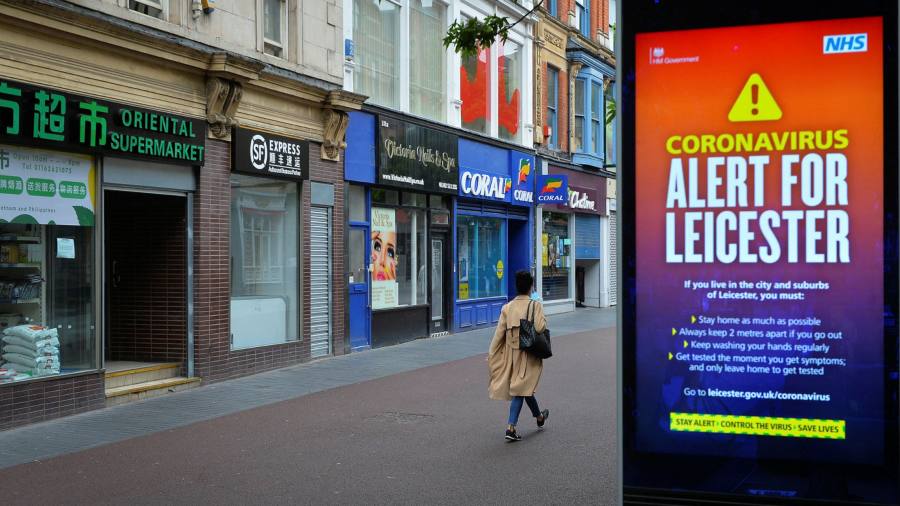