The UK government on Friday increased the scope of local lockdowns in England by adding the city of Preston to areas where different households cannot meet indoors, to try to curb the spread of coronavirus.

In these places, households can be fined £100 for mixing in each other’s homes and gardens. The restrictions also apply in Leicester, where a local lockdown was imposed in June.

Health secretary Matt Hancock confirmed the restrictions imposed on a large part of northern England, plus Leicester, would be retained, because there was no evidence of a decrease in virus cases, as he also outlined the plans for Preston.

He said: “We must keep the current restrictions in place to allow more time for the impact of this ban on indoor gatherings to be felt, and make sure local residents and their loved ones are protected.

“At the request of the local area we are also extending these restrictions to Preston.

“We are constantly examining the data on the prevalence of the virus in these areas, and we will review the measures again next week.”

Mr Hancock also said that some areas with low levels of cases could have restrictions lifted before others, after lobbying by Conservative MPs.

Nine Tory MPs have criticised Greater Manchester Labour mayor Andy Burnham for supporting a lockdown across all 10 boroughs in the conurbation, including those with low rates of cases.

Led by James Grundy, MP for Leigh, they wrote to Mr Hancock saying the mayor was pursuing a “wrong” and “dangerous” policy.

Mr Burnham replied that the Conservative MPs were “beneath contempt” after they “politicised” the issue.

He said their own government had taken the decision to introduce restrictions across all 10 boroughs in Greater Manchester but they lacked the courage to criticise it.

Although England has several virus hotspots, the latest weekly coronavirus infection survey by the Office for National Statistics paints a more reassuring picture for the nation as a whole.

It indicates that Covid-19 infections continue to increase slowly from a low point in late June. 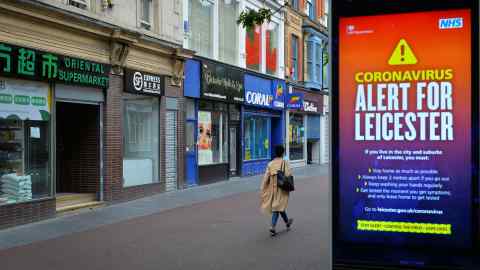 But Katherine Kent, an ONS analyst with the survey, said: “This week’s estimates suggest this [rising] trend may be levelling off when compared with the data we published last week.”

The ONS and its study partners at Oxford and Manchester universities estimated that 28,300 people within the community in England had Covid-19 during the week to 2 August, equating to about 1 in 1,900 individuals.

Separately the government published its latest estimates of the R number for the virus and growth rates.

R, the average number of new infections generated by an individual with Covid-19, is between 0.8 and 1, both for England and the UK as a whole.

“We are starting to see early indications that these values may be increasing,” said the Government Office for Science. “This is not yet fully reflected in these estimates because the data used to calculate R and growth rate reflect the situation from a few weeks ago.”

Fri Aug 7 , 2020
Restaurateurs hailed a surge in bookings and doubling of sales on the first day of the government’s Eat Out to Help Out discount scheme, but warned that the industry was “still in crisis” despite the boost. “The first three days of this week were spectacular — I mean really successful, […] 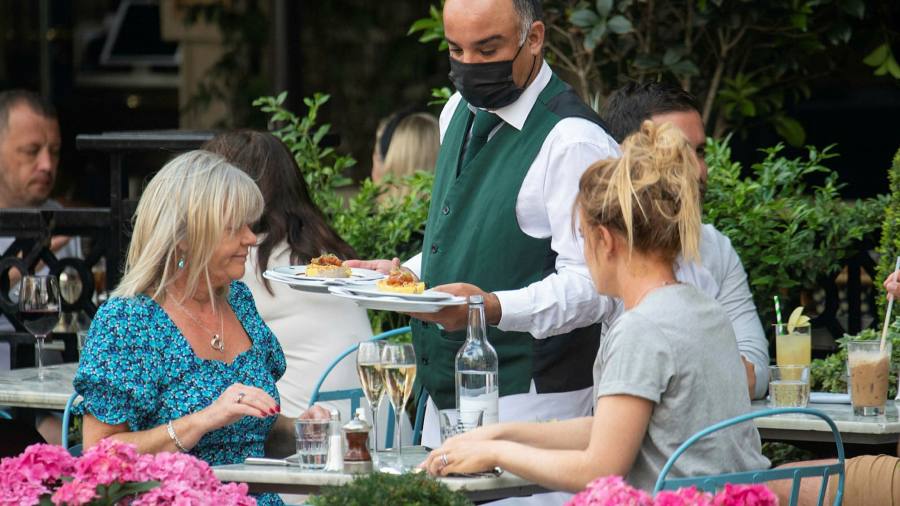