Demand for homes with gardens is set to rise as the pandemic reshapes buyers’ preferences, according to a survey that points to strong market activity and house prices spiking in every region except London.

In August, 83 per cent of surveyors in the UK anticipated demand increasing for homes with gardens over the next two years, and more than two in three surveyors expected an increase in desirability of properties with more private and less communal outside space, according to the monthly survey by the Royal Institution of Chartered Surveyors.

“The results provide a further pointer to more substantive changes taking place in household behaviour in the wake of the pandemic,” said Simon Rubinsohn, RICS chief economist. “Increased demand for properties with gardens and near green spaces has if anything increased,”

The survey also shows that the property market is enjoying a mini-boom, but not in London.

At the national level, the survey “score” for prices rose to 44 per cent, up from 13 per cent in July and the strongest reading since 2016. It is calculated as the proportion of surveyors reporting an expansion in prices minus those reporting a contraction.

The significant jump marks a dramatic turnround from the 33 per cent contraction registered in May.

Nationally, a growing share of surveyors expected house prices to rise in the next three months, suggesting the market exuberance will continue in the autumn.

London was the only part of the UK to not record a significant rise in prices, with the report saying this probably reflected a shift in demand towards areas outside the capital as homeworking becomes more common.

“Lenders are still willing and able to facilitate great mortgage rates for those with a particular financial pedigree and demand at the top end,” said Hugh Wade-Jones, managing director of the mortgage broker Enness Global Mortgages. “[They] tend to be the ones driving demand for larger homes and more outdoor space, with an eye on a potential second wave and the ensuing lockdown that could follow,”

The growth in house prices reflects a strong uplift in activity, with the index for vendors listing property to sell rising to 46 per cent and that for new buyer interest increasing to 63 per cent.

The survey also reported a rising number of transactions, with this score up 6 percentage points to 61 per cent in August. The report said this suggested that the spike in mortgage approvals reported by the Bank of England for July would accelerate in August. 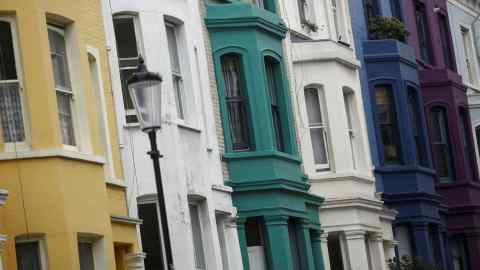 The buoyant housing market during the summer contrasts with the country experiencing its steepest recession in 300 years in the first half of the year and soaring unemployment.

The strong housing activity is partially the result of the government’s willingness to support the market with measures such as the stamp duty holiday on property values of less than £500,000, announced in July, which runs until the end of next March.

The market is also benefiting from low interest rates, pent-up demand from the lockdown when many transactions were put on hold, and a shift in demand towards less crowded areas as buyers adapt to new norms of socialising and working.

Rising property prices support homeowner confidence and spending, and persuade homeowners to save less, and by boosting equity extraction, while making housing less affordable. Strong housing activity supports the construction sector and the ancillary goods and services, such as home furniture sales and legal services.

However, surveyors are pessimistic about the medium term, with 12-month sales projections falling to minus 17 per cent in August from minus 10 per cent in July. “Anecdotal evidence suggests concerns over the broader economic climate continue to drive this subdued assessment,” the report stated.

“Pent-up demand will soon be expended, while a weak economy, cautious lenders and the end of the stamp duty cut will weigh on prices,” said Andrew Burrell, chief property economist at Capital Economics, a consultancy. “We think house price growth will soon start to moderate, slowing to a standstill in 2021”.

Wed Sep 9 , 2020
The UK risks a return to the misery of the mass unemployment seen in the 1980s unless the government acts to protect jobs when the furlough scheme expires at the end of October, warned Frances O’Grady, general secretary of the Trades Union Congress. Business groups have warned that a wave […] 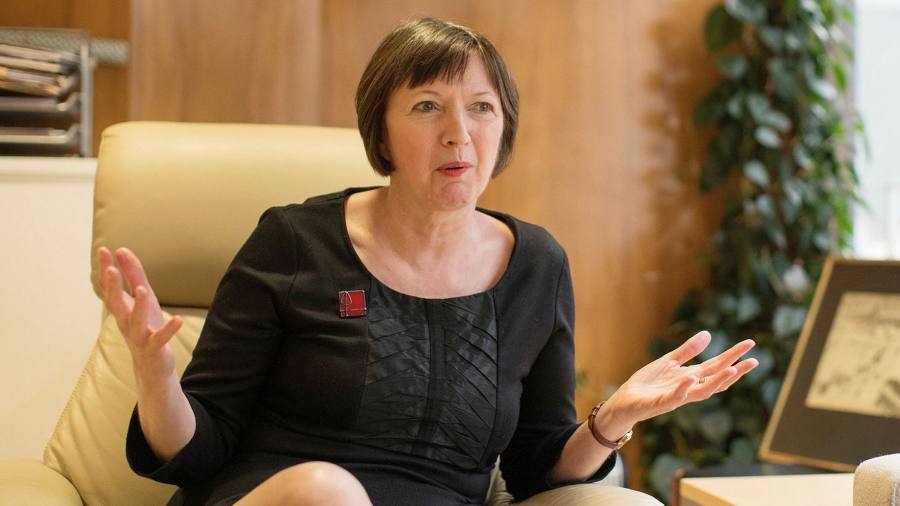