FIILE PHOTO: The shutters are closed to the entrance of a Primark store on Oxford Street because of the coronavirus disease (COVID-19) outbreak in London, Britain March 22, 2020. REUTERS/Simon Dawson

LONDON (Reuters) – Primark owner Associated British Foods (ABF.L) said it would not pay an interim dividend to save cash and could not provide full year 2019-20 earnings guidance for the fashion retailer because of uncertainty caused by the coronavirus crisis.

All of Primark’s 376 stores in 12 countries have been closed since March 22, representing a loss of 650 million pounds of net sales per month.

The group, whose shares have fallen 24% so far this year, said on Tuesday it would be able to mitigate half of the operating costs of the Primark business while the stores remain closed.

However, it said the timing of the reopening of the stores remains uncertain, while the process of reopening, once it begins, was likely to be complex.

Primark, which does not have an online business, generates about half of the group’s revenue and profit.

AB Foods said its second half expectations for its other businesses – sugar, grocery, ingredients and agriculture – were unchanged.

The group’s first half to Feb. 29 adjusted operating profit rose 7% to 682 million pounds, on revenue up 2% to 7.6 billion pounds.

It said it would consider paying a dividend at the year end in the light of trading for the full financial year and the financial circumstances at that time.

“Although uncertainty remains, we have the people and the cash resources to meet the challenges ahead,” said Chief Executive George Weston.

Tue Apr 21 , 2020
AMSTERDAM (Reuters) – Just Eat PLC, the British arm of Takeaway.com (TKWY.AS), on Tuesday said its online food service had seen a 6% increase in orders during the first quarter of 2020. FILE PHOTO: The app for Just Eat is displayed on a smartphone in this posed picture in London, […] 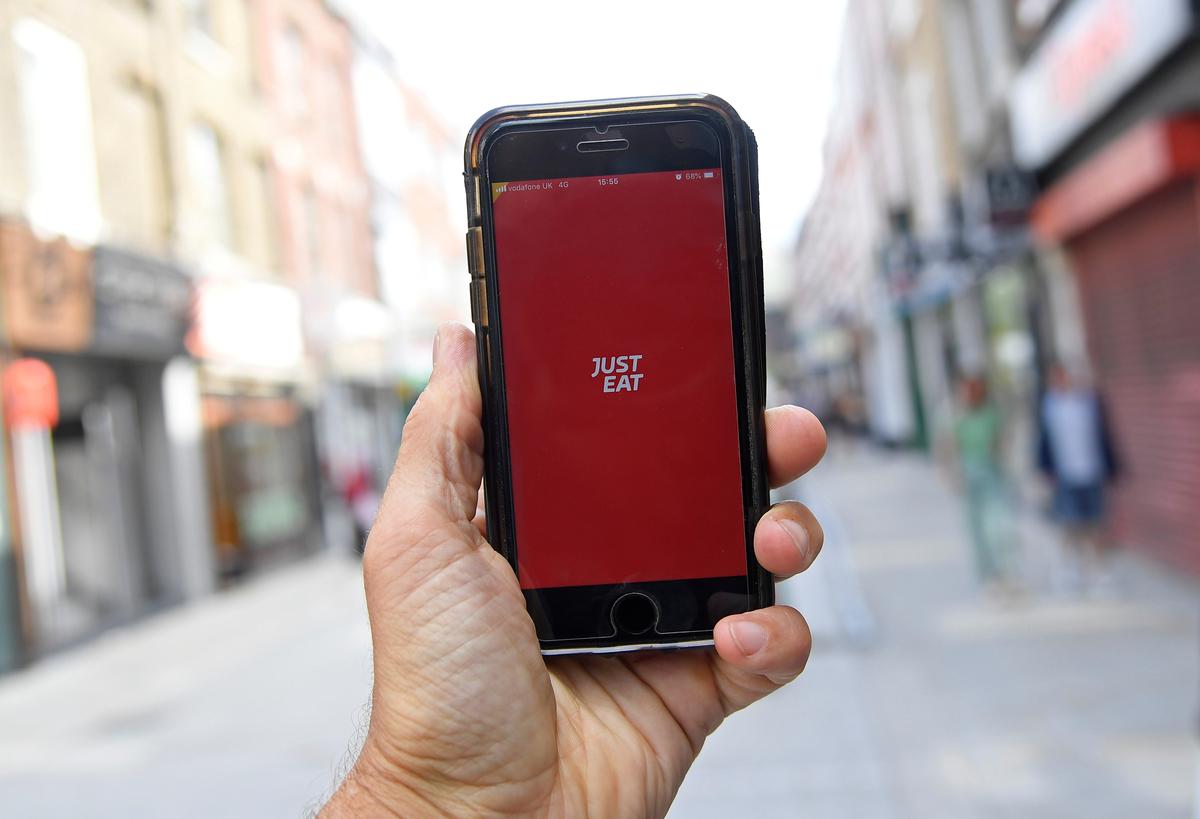