LONDON (Reuters) – Primark owner Associated British Foods (ABF.L) will not pay an interim dividend to save cash during the coronavirus crisis and has booked a 284 million pound ($352 million) charge to reflect an expected lower value of stock when its stores reopen.

FIILE PHOTO: The shutters are closed to the entrance of a Primark store on Oxford Street because of the coronavirus disease (COVID-19) outbreak in London, Britain March 22, 2020. REUTERS/Simon Dawson

The company also did not give profit guidance for its full 2019-20 year to end-August, but reiterated they will be “much lower” than envisaged at the start of the financial year, because the group does not know when its stores will emerge from lockdowns across Europe and the United States.

All of Primark’s 376 stores in 12 countries have been closed since March 22, representing a loss of 650 million pounds ($806 million) of net sales per month.

Primark, which does not have an online business, generates about half of AB Foods’ revenue and profit.

The group said it would be able to mitigate half of the operating costs of the Primark business while the stores remain closed, with 68,000 employees receiving furlough payments from governments across Europe.

But it said the timing of the reopening of the stores remains uncertain, while the process of reopening, once it begins, was likely to be complex, with costly social distancing measures needing to be implemented.

“It’s the right thing to do and we have no choice anyway because no one’s going to want to come into a store which ignores social distancing,” Weston told Reuters.

He said the only country where Primark had visibility on stores re-opening was Austria, with its five stores there expected to re-open in the first week of May.

AB Foods said its second half expectations for its other businesses – sugar, grocery, ingredients and agriculture – were unchanged.

“It’s clear to us that a full Primark run rate (pre-crisis sales levels) is unlikely to be re-established until its 2022 fiscal year. Many of its high street peers either may not be around by then or rapidly shutting stores,” said analysts at Barclays.

For the group’s first half to Feb. 29 adjusted operating profit rose 7% to 682 million pounds, on revenue up 2% to 7.6 billion pounds.

But statutory operating profit fell 38% to 349 million pounds after exceptional charges of 309 million pounds, including the provision for Primark stock.

Weston said it would be “entirely inappropriate” to pay an interim dividend. Not paying one will save the group about 100 million pounds.

It would consider paying a dividend at the year end in the light of trading for the full financial year and the financial circumstances at that time.

“Although uncertainty remains, we have the people and the cash resources to meet the challenges ahead,” said Weston.

The group has available cash of 1.5 billion pounds.

Tue Apr 21 , 2020
FILE PHOTO: The logo of KfW Bank is pictured at the bank’s headquarters in Frankfurt, Germany, May 6, 2016. REUTERS/Ralph Orlowski BERLIN (Reuters) – Germany’s state development bank KfW has received applications for 26 billion euros of emergency coronavirus loans and has so far approved 8.5 billion euros worth, a […] 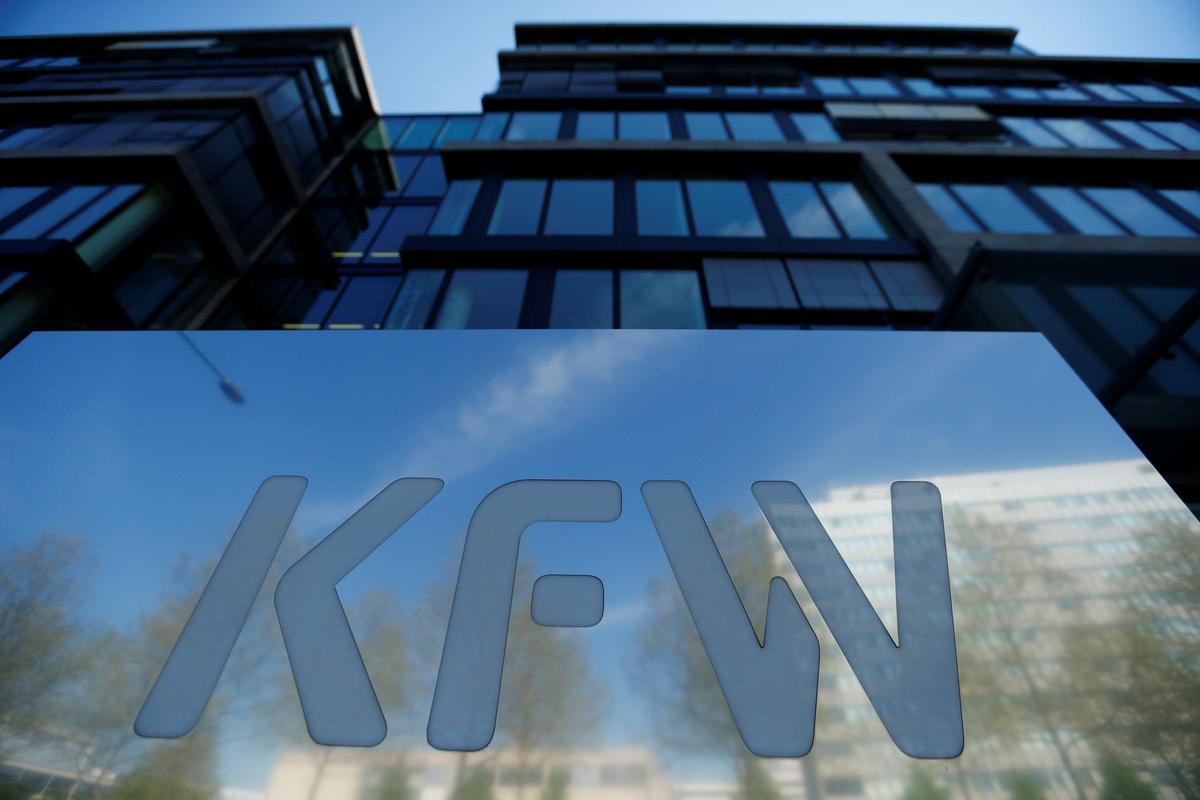