Private equity groups have won a key concession for UK companies they own to access taxpayer-backed loans to help survive the pandemic, after the Treasury relaxed criteria used by banks to judge eligibility for bailout borrowing.

Private equity-backed groups, such as restaurant chains PizzaExpress and Prezzo, or Merlin Entertainments, the owner of Legoland and Alton Towers, have so far been largely unable to access state-guaranteed loans because the industry’s debt-heavy financial model has put them at odds with EU state aid rules.

The new rule will allow them to restructure the balance sheets of the companies they own in order to pass the EU’s eligibility test.

The move will be a lifeline for struggling companies in the retail, leisure and hospitality sectors that are owned by buyout groups. However, it is likely to prove controversial since it will allow government funds to go to companies that in some cases have large debts, leaving them vulnerable, and since private equity firms are sitting on record sums of money raised for new deals but not yet spent.

The British Private Equity and Venture Capital Association, which has been lobbying for the reform, said it would review the revised guidance and discuss it with its members.

Ministers are scrambling to extend additional support for businesses as the UK faces further restrictions that will again hit employers this autumn, in particular on the high street given new 10pm curfews and guidance that people should work from home where they can. On Thursday, chancellor Rishi Sunak confirmed the extension of the £58bn loans programme until the end of November as well as greater flexibility over repaying loans.

The private equity industry has been fighting for ministers to relax the rules to allow otherwise sound businesses to secure emergency funds from banks backed by state guarantees.

Many of these companies will be hit hard by new rules requiring 10pm closing times.

The industry’s lobbyists have been arguing that hundreds of thousands of people work for the companies they own, with jobs at risk if they cannot access the state-backed loans that are available to other businesses.

Companies owned by private equity groups typically have high levels of debt on their balance sheets, meaning they have so far fallen foul of EU state aid regulations designed to stop government funding being directed towards companies that appeared to be in trouble before the crisis began.

These sorts of groups are deemed “undertakings in difficulty”, with the debts leading them to report statutory losses and so blocked from state aid like the coronavirus loan schemes.

On Friday, the British Business Bank, which administers the schemes on behalf of the Treasury, said that businesses applying for the coronavirus business interruption loan scheme (CBILS) or coronavirus large business interruption loan scheme (CLBILS) will be given more flexibility about whether their businesses were deemed an “undertaking in difficulty”. CBILS allows companies to borrow up to £5m, while up to £200m is available under CLBILS.

In a technical but significant change, the assessment by banks will now be determined at the date of application for the schemes instead of being tied to a company’s balance sheet on December 31 2019. This means that private equity firms can restructure the balance sheets of their portfolio companies so that they become eligible for the funds.

Buyout groups often use an instrument called shareholder loan notes to finance acquisitions, which can cut the companies’ tax bills but also saddle them with large debts and hefty interest bills which are typically repaid when the business is sold.

The model has caused many companies owned by private equity firms to fall foul of the “undertakings in difficulty” test, which stops governments from extending bailout loans to companies whose losses exceed 50 per cent of their share capital.

Fri Sep 25 , 2020
More than 100,000 individuals had coronavirus in England in the week to September 19 and the growth in new infections rose sharply over the last seven days, according to official estimates. The virus is spreading fast throughout the UK and on Friday authorities announced restrictions on movement in several cities […] 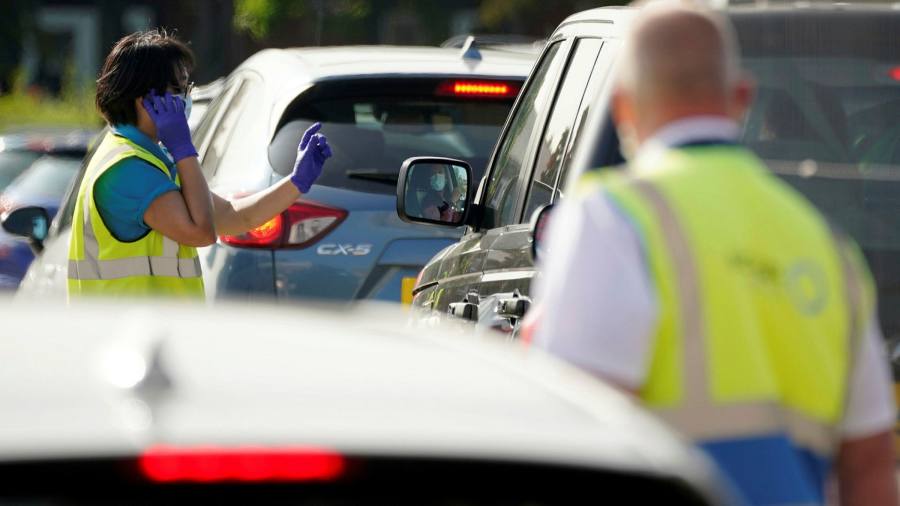