The coronavirus crisis has dealt a massive blow to the UK labour market. Figures released on Tuesday by the Office for National Statistics represent the first official estimates of the scale of the damage — even though there is still no reliable count of the number of people newly unemployed.

Here are the five main conclusions that can be drawn from the data.

The number of people claiming unemployment-related benefits rose by 850,000 to a total of 2.1m between March 12 and April 9, the days the figures were collected. This took the share of the labour force claiming out of work benefits from 3.5 per cent to 5.8 per cent, although the ONS’ official measure of unemployment — going only up to March — was unchanged at 3.9 per cent.

In practice, not all new claimants will be newly unemployed: the total could include large numbers of self-employed people claiming because their earnings had fallen, and others with unchanged circumstances claiming after eligibility criteria were relaxed.

The ONS said interviews conducted at the end of March for its labour force survey had not detected any big change in the employment or the unemployment rate immediately following the lockdown.

However, separate figures, based on real-time data collected by HM Revenue & Customs, show that the number of employees on firms’ payrolls dropped by 450,000 between March and April, with median pay for those still working down by 0.9 per cent on the month. The drop in paid employment does not take account of the much larger numbers of employees who have been placed on furlough, but are still on the payroll.

Activity has fallen much more sharply than employment

The weekly data published by the ONS on an experimental basis for the first time on Tuesday, shows the sudden effect of the lockdown measures on economic activity, with average working hours falling from 32 hours in the first week of March to 25 hours in the last week of the month — a decline of 25 per cent.

Jonathan Athow, the ONS’ deputy national statistician, said the “huge drop” was evidence of employers putting staff on furlough and cutting the hours of those still working, with the biggest impact seen in the hospitality and construction sectors.

Hiring has fallen off a cliff

The number of vacancies posted by employers has fallen even more sharply than in the aftermath of the 2008 financial crisis, even on a quarterly basis, while less reliable monthly figures show an unprecedented 50 per cent drop between March and April.

The decline was steepest in sectors that have been largely shut down, such as hospitality and retail, but analysis by the Resolution Foundation think-tank showed that vacancies had fallen by about 80 per cent month-on-month even in areas that were less directly affected, such as finance and insurance or ICT. This suggests that workers losing their jobs will struggle to find new ones.

The Institute for Fiscal Studies think-tank, which published a separate analysis of vacancies posted on the government’s Find a Job website, said a tentative recovery in hiring since mid April was confined to health and social care roles that carried higher health risks and required high levels of training.

The furlough scheme has made a big difference

The rise in unemployment would have been much bigger in the absence of the government’s Job Retention Scheme. The Treasury said on Tuesday that some 8m workers were now receiving wage subsidies through the furlough programme, with a further 2m receiving income support through the new scheme for the self-employed.

Economists at Goldman Sachs, the investment bank, estimate that without the Treasury’s safety net, “the headline unemployment rate would probably be on course for a 25 percentage point increase between February and June”. Even with this government support, they expect the unemployment rate to rise from a pre-virus low of 3.8 per cent to a peak of 8.5 per cent in the second quarter — the largest increase over three months since the 1930s Depression.

Tim Pitt, a former Treasury adviser, said the latest data “show both why the furlough was needed and why it now isn’t going to be enough”. He urged policymakers to develop “radical measures to help get people back into work: both those whose jobs have already gone and those whose jobs won’t be there when the furlough ends”.

The crisis may be exacerbating existing regional inequalities

The ONS data showed claims for unemployment benefits had risen by at least 50 per cent month-on-month in all regions of the UK, with the prosperous south east seeing one of the sharpest increases.

But analysis by the Centre for Cities, a think-tank, suggests that some of the UK’s most deprived towns and cities — many of them reliant on tourism or with jobs concentrated in low-paid areas of the service sector — may have taken the hardest hit.

Blackpool, which already had the highest proportion of people claiming out of work benefits in the UK, saw the biggest percentage point increase in the claimant count — it jumped 3.4 percentage points to 8.9 per cent in April. Liverpool, Hull, Doncaster and Barnsley were among other northern and Midlands cities and towns registering big increases — while prosperous south-

eastern cities such as Milton Keynes and Reading were among those seeing the smallest rise.

The IFS said the recent recovery in health and social care hiring had been concentrated in more affluent areas of the country.

Overall, vacancies were still falling in the most deprived 20 per cent of the country, but levelling out in the least deprived areas.

Government to call on Britons to take their holidays at home

Tue May 19 , 2020
The UK government will urge British people to holiday at home this summer as uncertainty persists about international travel and the domestic tourism industry’s ability to recover from the coronavirus shutdown. Britain’s hospitality industry will not reopen until “phase three” of the government’s lockdown easing strategy, which is set to […] 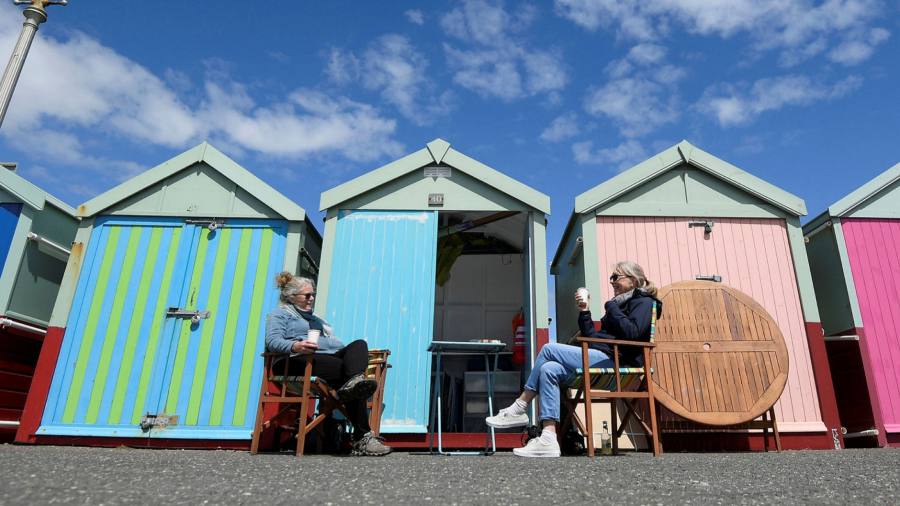