(Reuters) – Ralph Lauren Corp (RL.N) posted a bigger-than-expected quarterly loss on Wednesday as stores across the world that sell its jackets, coats and Polo shirts were forced to close due to the COVID-19 pandemic.

Shares of the New York-based company, which have fallen over 30% so far this year, fell 2.5% in premarket trading.

Fashion capitals in Italy, France and the United States halted business activity through much of March and April to help curb the spread of the virus, hammering sales of luxury goods companies.

While nearly half of Ralph Lauren’s stores in North America are now open, demand for clothing from high-end fashion companies is not expected to rebound quickly as the global economy enters a deep recession.

Ralph Lauren said it expects its fiscal 2021 results to also be significantly hit by the health crisis.

Net revenue fell 15.4% to $1.27 billion in the fourth quarter ended March 28, but was slightly above analysts’ average estimate of $1.22 billion, according to IBES data from Refinitiv.

Excluding certain items, it lost 68 cents per share, while analysts were expecting a loss of 40 cents.

Reporting by Uday Sampath in Bengaluru; Editing by Anil D’Silva and Arun Koyyur

Wed May 27 , 2020
LONDON (Reuters) – The coronavirus crisis is accelerating a move to a new type of office which will be more of a “mothership” model with people working from multiple locations, though it is too early to write off mega cities such as London yet, Canary Wharf said. Commuters are seen […] 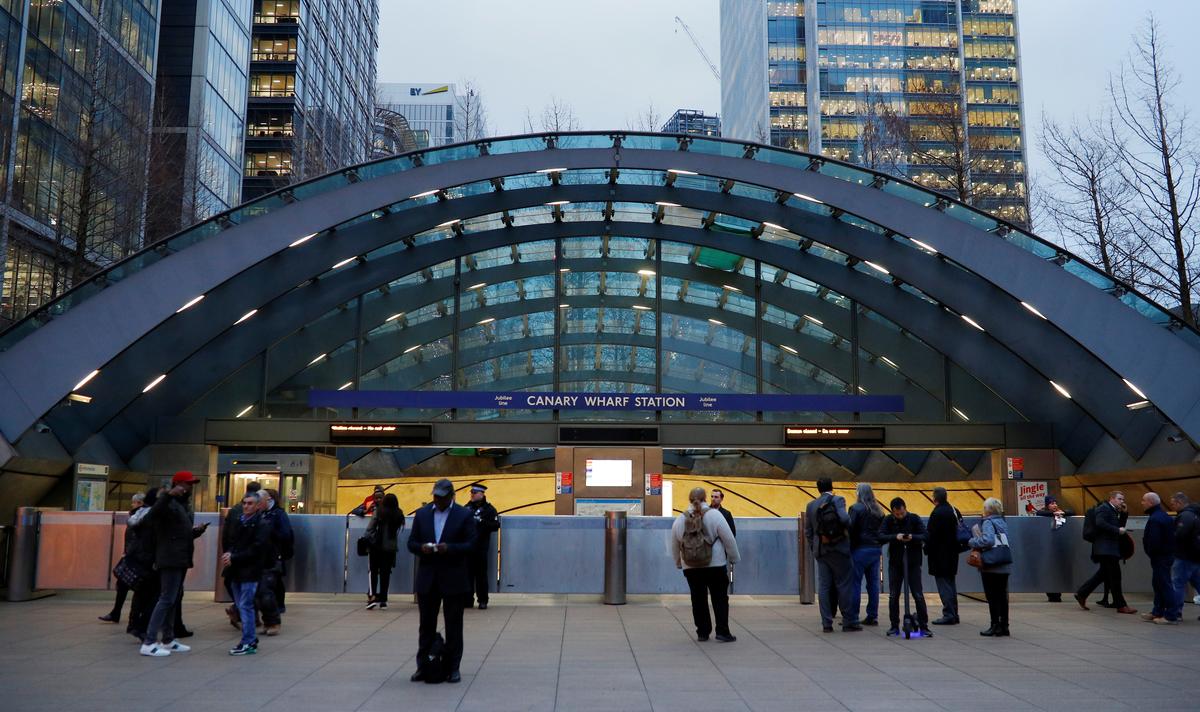