England recorded another sharp increase in Covid-19 infections on Tuesday with 14,542 new cases reported and no sign of a slowdown in the spread of the virus, hospital admissions or deaths.

Across many large cities in northern England, the rates of infection have risen close to or beyond 500 per 100,000 residents over the past week, far above the threshold of 20 which triggers the requirement for travellers from other countries to quarantine.

The rapid spread led to calls for tougher restrictions in the north and London’s Mayor warned that the capital was at a “tipping point” with its rising caseload — now higher in some parts than those which triggered tighter lockdown measures in areas of northern England in July.

With Public Health England having cleaned up its data following an error in reporting positive cases at the weekend, the agency reported over 12,000 cases every day since September 30 based on the day the test was taken.

The figure of 496 new admissions to hospital was the highest since June 3 with the number of Covid-19 patients admitted to hospital doubling over the past 13 days.

The Office for National Statistics also reported on Tuesday that 215 people died with coronavirus mentioned on their death certificates in the week ending September 25, bringing the total number of registrations linked to the virus above the five year average for the first time since mid June.

In parts of northern England, cases have rocketed in recent days despite local restrictions being in force for Greater Manchester and parts of West Yorkshire and east Lancashire since July 31.

The rebellion against restrictions grew on Tuesday when leaders of four northern cities wrote to health secretary Matt Hancock warning that the measures were ineffective, confusing and even counter-productive.

“Our response should consider broader local impacts than absolute numbers of infections: impacts on jobs and business; effects on poverty and deprivation; and relative infection rates in different sections of the population (eg between students and care homes),” they wrote.

Any further measures should be agreed with local agencies. Local authorities should take over the control of the track and trace system and there should be more money for affected businesses and financial support for everyone who needs to self-isolate.

He said there were still “embers” of the virus smouldering in May when Westminster first started easing the first lockdown and they had caught fire as the country opened up and relaxed in August.

Mr Brand said it was too late to put out the fire without a blanket, smothering economic and social activity again. “There is talk of a two week circuit breaker. I fear that we are in a position where only that kind of solution is going to reduce the exponential increase.” Gyms, cinemas and other leisure venues would have to shut for even longer he said.

He said other big cities such as London with similar demographics were only two weeks behind in infection rates.

London currently has a higher rate of infections than many parts of the north-west did when restrictions were applied in late July. In the week to October 2, it had 65 cases for every 100,000 people, compared with 15.9 at the start of September. Manchester registered around 35 per 100,000 cases when tighter restrictions on households mixing were introduced at the end of July.

If the national set up is letting this system down by not having the full complement of data available, the impact of local action will be limited

Sadiq Khan, London Mayor, said there was no case for complacency in the capital despite case numbers still being much lower than in the north. “I can’t sugar coat this: the number of Londoners admitted to hospital for coronavirus is rising and we need to slow it down,” also calling for an end to the 10pm curfew for pubs and restaurants which he said was counterproductive.

The numbers in the north-east have risen very sharply too and are concentrated in areas with high numbers of students. In Newcastle, the city’s Covid-19 rate began to rise in early September, possibly in the wake of the Eat Out to Help Out scheme, but the influx of students from mid-September onwards triggered the start of a major spike.

Normally, students are visible everywhere in the city centre. The universities contribute around £1.5bn a year to the local economy and are among the city’s biggest employers. But students are stuck in halls and rented houses, or queueing in the street for Covid-19 tests at pop up testing sites.

Mr Forbes, Newcastle city council leader, is angry at the data undercounting mess. He said: “We are seeing compliance from the majority of our residents. However, if the national set up is letting this system down by not having the full complement of data available, the impact of local action will be limited.”

The government must act quickly to address this failure, he said. He hoped the city would not face yet further restrictions.

Councillor Irim Ali, Newcastle city council’s cabinet member for neighbourhoods and public health, said the two universities had gone to “incredible lengths” to create Covid-19-secure environments for their students. But he added: “Sadly a small number of students are undermining these efforts.”

Coronavirus: 'This calamity is far from over' IMF chief warns | Business News

Tue Oct 6 , 2020
The global economy is in “less dire” shape than it was earlier this year but now faces a “long, uneven and uncertain” road to recovery, the head of the International Monetary Fund has said. Kristalina Georgieva told an online event at the London School of Economics that the IMF would […] 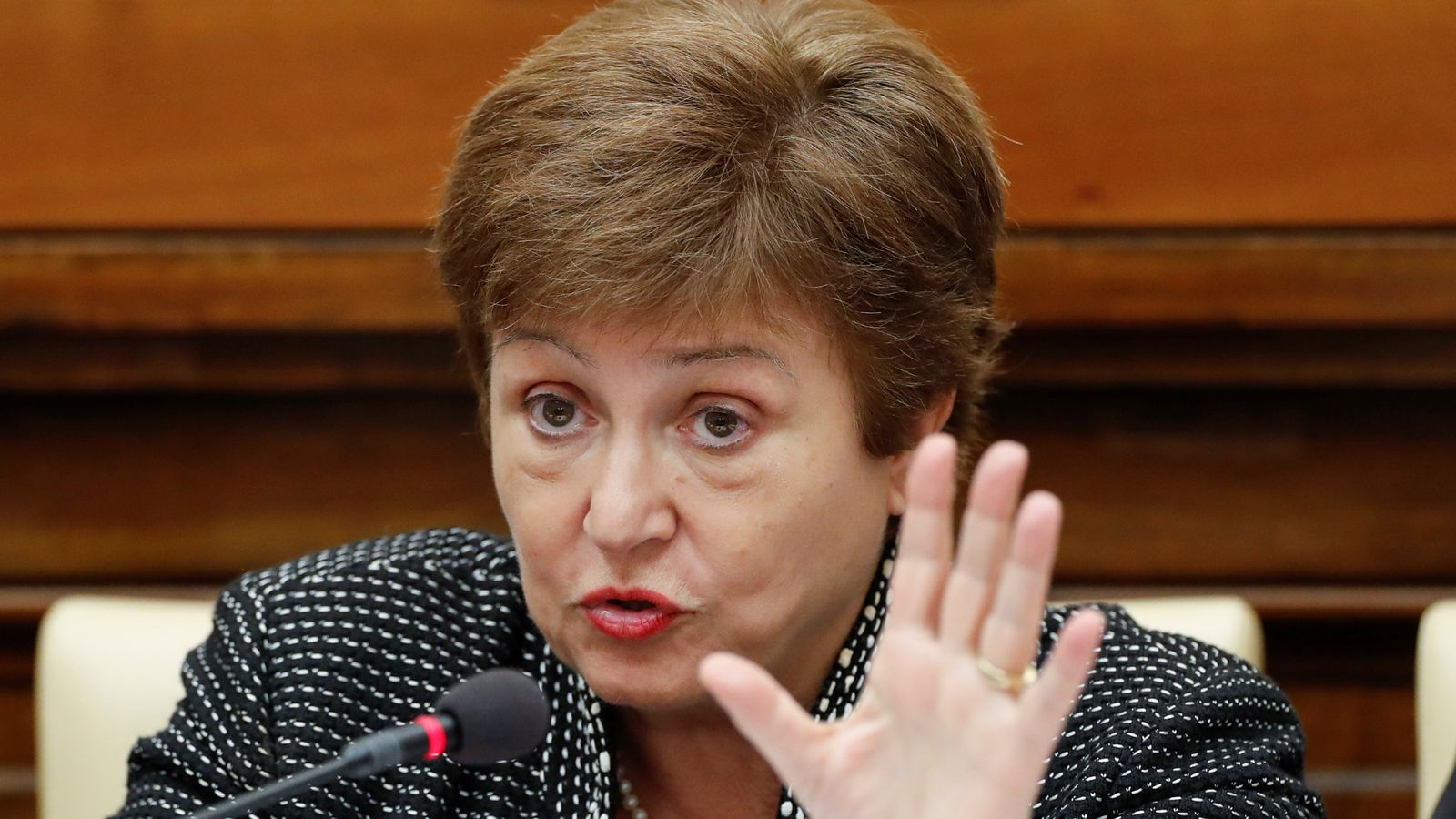