Consumer confidence and spending rose in the UK during the first half of September, according to a survey, but analysts questioned whether the sentiment would prevail after coronavirus cases started to surge and tighter restrictions were placed on social interaction.

In the first half of September, consumer confidence rose two percentage points to minus 25, the first increase and the highest score since June, data by the research company GfK showed on Friday.

Sentiment was weighed down by the general economic situation, which remains largely gloomy, reflecting the unprecedented fall in output in the second quarter. However, people’s likelihood to make major purchases increased two percentage points to minus 21.

The scores are calculated as the difference between the share of respondents reporting an improvement and those reporting a deterioration.

The opinion on consumers’ personal financial situation over the past and coming 12 months has remained at levels close to those before the pandemic.

Analysts say that people’s views on major spending and their personal situation are closely linked to their propensity to spend; they attribute the relatively high reading to savings accumulated during and after the lockdown with less travel and reduced spending opportunities. Consumers have largely led the UK economic recovery so far as business investment remains depressed.

The GfK survey was conducted between September 1 and 14, before the announcement this week of further restrictions in England. It also precedes the chancellor’s announcement on Thursday of new measures to support jobs and businesses as the furlough schemes ceases at the end of next month.

Joe Staton, client strategy director at GfK, noted that “consumer confidence has crept forward for nearly four months”. But he added that “only an unbridled optimist will bet on confidence climbing further”.

In the week ending September 20, UK consumer spending contracted on an annual basis for the first time since late July, according to Fable Data, a company that collects card payments information.

“After six weeks of positive year-on-year spend, UK spend was down 1.32 per cent this week,” said Avinash Srinivasan, equity analyst at Fable Data. “As we are preparing for further lockdown measures to be put in place . . . there is some expectation we may see a decline in spend once more.” The number of visits to clothing retailers, hotels and other accommodation have also declined in the second part of September, according to Huq, a company tracking geospatial location.

Provisional data from the Department for Transport also show a weakening in rail use in the last week after an uptick when schools reopened.

Fri Sep 25 , 2020
France has dismissed this week’s dire British warnings about post-Brexit transport delays across the Channel as tactical posturing and warned that the EU would not yield to “intimidation” to reach an agreement on the future relationship between the two sides. “Of course the signals that have been sent in the […] 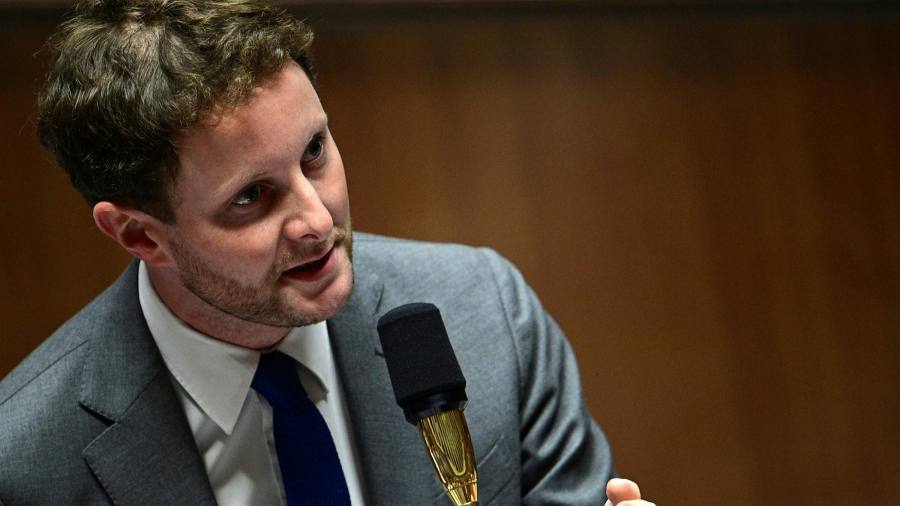