Britain and Brussels have accused each other of hobbling efforts to determine the City of London’s EU market access rights after Brexit, with a key milestone in the talks between the two sides set to be missed.

Valdis Dombrovskis, a European Commission executive vice-president, said the UK had so far answered only four of 28 questionnaires sent by Brussels seeking information about British regulation of the financial services industry after the Brexit transition period.

The forms, sent to London in batches during April and May, are intended to allow Brussels to make decisions on whether the UK will have a regulatory regime for financial services broadly equivalent to the EU’s.

If the EU judges the UK regime to be equivalent to the bloc’s supervisory rules for financial services, Brussels is expected to grant market access to British companies, including banks and investment companies.

But Mr Dombrovskis, who is in charge of financial services policy, told the Financial Times that the UK response to the questionnaires so far “does not allow us to complete our equivalence assessment work”. “So progress has been somewhat slower than expected,” he said.

British officials said it was the EU’s fault that talks between the two sides on financial services had stalled, and that Mr Dombrovskis’ claim that the UK was dragging its feet was “complete rubbish”.

Some questionnaires have been answered, most of them have not been answered yet, so we are still waiting for these responses because that is important for us for doing the equivalence assessment

The EU and the UK agreed last year that the two sides would aim to complete assessments of each other’s regulatory regimes for financial services by June 30, but that deadline will pass on Tuesday amid mutual recrimination.

Rishi Sunak, UK chancellor, has indicated London is ready to deem the EU regulatory regime for financial services broadly equivalent to Britain’s, a move that would give the bloc’s companies access to the British market after Brexit.

“Our process is basically done,” said one UK official. “We are ready to grant equivalence as soon as the EU finishes its process.”

British officials said Brussels had not returned all the necessary paperwork for a UK review of EU supervisory rules.

The officials added that Mr Dombrovskis had complicated matters by sending to London about 1,000 pages of detailed questionnaires, leaving the UK Treasury insufficient time to process them before the June 30 deadline.

UK officials believe the EU is complicating the matter because it wants to leave doubt hanging over the City so as to extract concessions in the negotiations on the future relationship between the two sides. The talks resumed on Monday.

The Treasury said Britain and the EU were “committed to completing equivalence assessments ahead of the summer”.

“As the UK and EU start from a position of having similar financial services regulation this should be a straightforward process . . . we are now ready to reach comprehensive findings of equivalence as soon as the EU is able to clarify its own position,” added a spokesperson.

The EU and UK decisions on whether their respective regulatory regimes for financial services are broadly equivalent are meant to be separate to the two sides’ negotiations on the future relationship.

The EU expects to make its final decisions on UK financial services companies’ access rights to the bloc’s market later this year, closer to the time when the future relationship deal could be struck.

Mr Dombrovskis has said he wants Brussels to be able to take into account “overall developments, including any divergences [by the UK] from EU rules” in its decisions.

He told the FT that while some information had been received from the UK, and the British Treasury had recently given an update of its plans for regulation of financial services, the questionnaires remained essential.

“Some questionnaires have been answered, most of them have not been answered yet, so we are still waiting for these responses because that is important for us for doing the equivalence assessment,” he said.

His words came as the UK and the EU began an intensified programme of discussions aimed at settling a trade agreement by this autumn.

Britain and the EU have so far struggled to make progress across a range of core areas, including fishing and so-called level playing field measures that will aim to prevent the sides from undercutting each other via regulatory changes.

Mon Jun 29 , 2020
The UK has bowed to calls for an independent commission to advise on post-Brexit agriculture trade policy in a move that has cast doubt on the government’s ability to secure a quick deal with the US. Washington has called for much greater access to the British food market as a […] 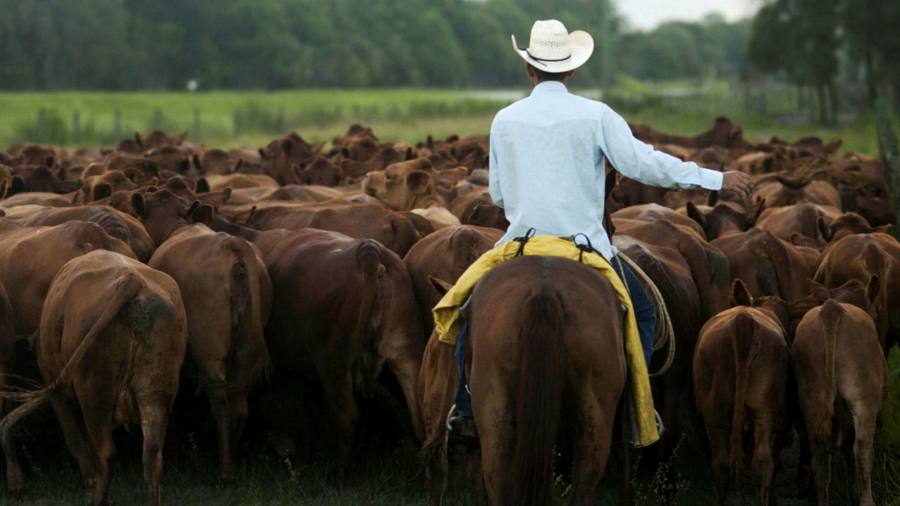