FRANKFURT/ZURICH (Reuters) – Swiss regulators have requested electronic messaging data from the mobile phones of several Credit Suisse managers and supervisory board directors as part of a probe into spying at the bank, three people familiar with the matter said.

Switzerland’s markets watchdog FINMA is examining the culture and governance at one of Europe’s largest banks and whether management control failures allowed spying on former executive board members Iqbal Khan and Peter Goerke, the sources told Reuters.

The sources did not identify which managers and board directors FINMA was seeking the mobile phone data for. FINMA declined to comment.

Credit Suisse has been under investigation after revelations in September that it had hired a private investigator to spy on Khan, its former international wealth management head, and Goerke, which eventually led to the ousting of CEO Tidjane Thiam in February.

Credit Suisse was trying to establish whether Khan was seeking to take clients with him in his move to rival bank UBS. The bank later apologised to Khan, saying no evidence was found. Reuters could not determine why Credit Suisse had spied on Goerke.

As part of the broader investigation, FINMA is examining whether people used encrypted messaging apps to hide some discussions, another person with knowledge of the inquiry told Reuters.

“What they are more focused on now is who knew what, when, and who should have known,” said the person.

Homburger, a Swiss law firm that investigated the affair for Credit Suisse last year, said at a press conference in October that it had been inhibited by the deletion of messages sent on an encrypted communication app Threema, used by the company’s then chief operations officer, Pierre-Olivier Bouee, and security personnel.

Credit Suisse has publicly blamed Bouee for organising what it described as a rogue spying operation in which all executives and directors, including Thiam, were kept in the dark.

“Credit Suisse made public statements on the observation matter on several occasions this year and last year and informed the public of the results of internal and external investigations,” a bank spokesman said in a statement to Reuters.

“Due to the ongoing review by the investigating auditor appointed by Finma, with whom Credit Suisse has been cooperating since the beginning, we are not commenting further on the matter at this time,” the statement said.

Bouee, who has not spoken publicly about the affair, could not be reached for comment.

Urs Rohner, the chairman of Credit Suisse, had used Threema, two people familiar with the matter said. One added that Rohner had used it for personal use only.

FILE PHOTO: The logo of Swiss bank Credit Suisse is seen at its headquarters at the Paradeplatz square in Zurich, Switzerland October 1, 2019. REUTERS/Arnd Wiegmann/File Photo

“The Chairman has never used Threema in a business context,” a spokesman for Credit Suisse said in a statement emailed to Reuters on Monday.

FINMA has not accused anyone of wrongdoing as it continues to investigate. The Swiss watchdog’s rules allow it to take action against individuals if it finds that a bank broke its own internal communication rules or if it strayed from its usual framework for recording management decisions.

Credit Suisse declined to comment on its policy on employees using messaging apps, which Reuters was unable to independently review.

Tue May 19 , 2020
The price of food and cars imported from countries without a UK trade deal will rise sharply under a new trade regime set out by trade secretary Liz Truss on Tuesday morning.  The plans, which would apply to imports from the EU and from outside the bloc, would at the same time […] 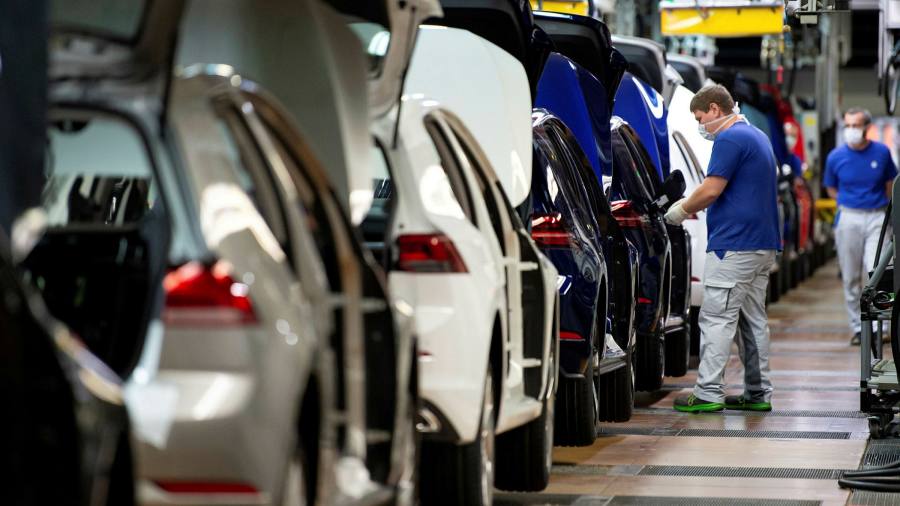