UK financial regulators are examining how many listed companies are set to issue warnings about their ability to survive the pandemic, as they seek to assess the impact on markets should share prices plummet.

Auditors have warned that there is a backlog of annual reports that are likely to question the ability of companies in the retail, hospitality, leisure and travel industries to continue trading as a going concern for the next 12 months.

A flood of going concern warnings or qualified audit opinions — in which an auditor says there are misstatements or that they could not obtain enough evidence to sign off the accounts with a clean bill of health — could spook markets. There is also expected to be a rise in “emphasis of matter” audit reports, which highlight serious uncertainties around matters such as property or inventory valuations.

A senior accountant who is close to the government said that a cross-sector wave of warnings “didn’t happen during the last financial crisis, and as the future is far from certain there is lots of worry about this”.

The Bank of England’s Prudential Regulation Authority, the Financial Conduct Authority, and accounts watchdog the Financial Reporting Council are in talks with the accounting profession to understand the expected scale of going concern and other warnings in the accounts of large businesses, according to two people with knowledge of the discussions.

“The purpose is to get a handle on how many of these are coming,” said one of the people. “It shouldn’t be a surprise to anyone that there are uncertainties, but everyone is nervous about that causing shares to crash.”

The person said the numbers would give an indication of how “blown out” each sector had been by lockdown restrictions.

Auditors of some of Britain’s largest companies have been locked in a battle with their clients, who are worried that an official question mark in their accounts over whether they can keep trading would damage their share price or risk triggering a breach of lending agreements with banks or bondholders.

The head of audit at one large firm said some major businesses had approached the government’s department for business in recent weeks to complain that their auditors were putting too much pressure on them. “They have complained that we’re being overly prudent,” the auditor said, adding: “However, it’s clear that none of the stress tests we forced companies to do back in February and March look so crazy now.”

He said his firm was forcing all consumer-facing companies it audits to stress-test being closed until September and a phased recovery for a further 12 months. He said that travel and leisure companies had been told to “assume no European summer revenues and no winter sun revenues at all”.

The UK’s largest audit firms, which include PwC, Deloitte, KPMG and EY, have taken advantage of a two-month extension for companies to file their annual figures to hold off from signing accounts in order to be better able to forecast future trading. The FCA granted the extension in March due to the “unparalleled challenges in preparing financial information” during coronavirus.

Regulators have implored lenders, shareholders and the media to be sensible in the face of qualified audits at large listed companies, according to several senior accounting executives. “Investors should be ready for these kinds of caveats and so should the press,” said a person close to the FRC.

The Institute of Chartered Accountants in England and Wales, a leading trade body for the profession, published guidance for investors in April that sought to quell confusion over the significance of different types of audit warnings. It said the pandemic was “likely to have a significant impact on audit reports on company financial statements for the foreseeable future”.

UK review of Huawei eyes impact of US sanctions

Mon Jun 1 , 2020
A UK government review into the impact of new US sanctions on Huawei will report back within weeks, officials have said, as they warned the curbs could have “very, very serious” implications for the Chinese company’s planned role in supplying 5G networks in Britain. The emergency review — which started […] 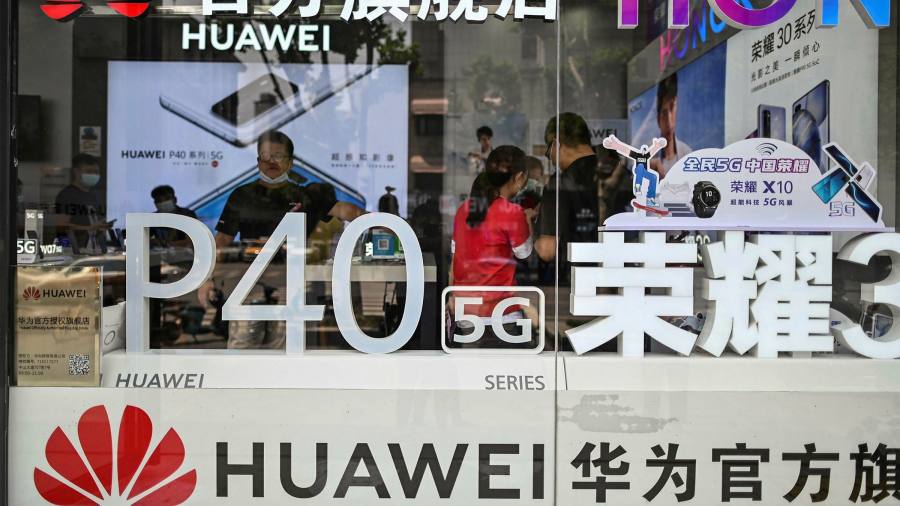