PARIS (Reuters) – Renault (RENA.PA) has no plans to close its Maubeuge plant in northern France, Chairman Jean-Dominique Senard said on Sunday, two days after the carmaker announced 15,000 job cuts globally as part of a major restructuring.

The recovery plan, which would eliminate 4,600 jobs in France, aims to consolidate the Maubeuge site’s vehicle production with that of the nearby Douai plant.

“I have no intention of closing the Maubeuge factory,” Senard said on LCI television on Sunday after thousands of employees and family members demonstrated outside the plant the previous day.

Under the proposals unveiled on Friday, a parts reconditioning center in Choisy-le-Roi, south of Paris, is the only facility earmarked for outright closure.

The carmaker’s Caudan parts foundry in Brittany, western France, could also be sold as part of the restructuring, Senard said on Sunday. The plant is one of six that Renault has placed under strategic review.

Mon Jun 1 , 2020
TOKYO (Reuters) – Japan’s factory activity shrank at the fastest pace since March 2009 in May, a private sector survey showed on Monday, as manufacturers widely struggled with the demand blow from the coronavirus pandemic. FILE PHOTO: An industrial port is pictured in Tokyo, Japan, May 23, 2019. REUTERS/Kim Kyung-Hoon/File […] 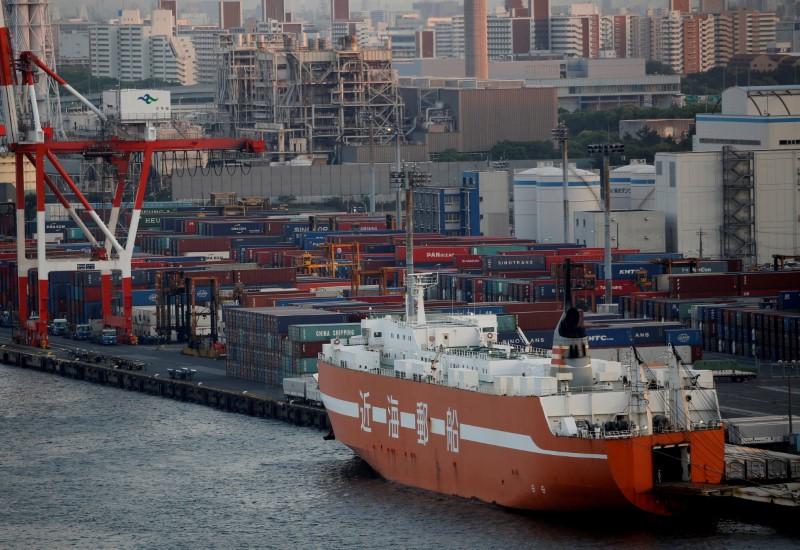