On the outskirts of Reading, the first glimmers of hope can be seen for Britain’s battered car industry. Hours after the town’s Honda dealership reopened after a ten week closure, Sam and Janet Weller brought their old Civic to part-exchange for a newer vehicle. “I heard on the radio they […]

On the outskirts of Reading, the first glimmers of hope can be seen for Britain’s battered car industry.

Hours after the town’s Honda dealership reopened after a ten week closure, Sam and Janet Weller brought their old Civic to part-exchange for a newer vehicle. “I heard on the radio they were opening, so thought we would come along and see,” said Mrs Weller, adding: “We love the car, we just want something easier to get in and out of now that we’re in our 80s.”

It was the fourth walk-in appointment for Honda within hours of opening, along with a trickle of phone inquiries and some pre-booked appointments. “This is reasonably busy even for a typical Monday,” said Mark Crook, the site’s manager.

For an industry stung by the sudden sales collapse triggered by the pandemic, England’s car dealerships are hoping that their reopening, announced as part of the government’s easing of lockdown measures, will result in a swift pick-up in demand — which is crucial for restarting factories that have been shut for weeks.

Car sales in the UK fell by 97 per cent in April, as showrooms closed their doors and all but a sliver on online deliveries halted. For an industry already seeing falling sales after years of strong growth, the pandemic broke at the worst possible time.

Production at plants across Britain and Europe has cautiously restarted, but carmakers, and the millions of jobs they support, are dependent on retailers convincing customers to put aside economic concerns and splash out for a new motor.

Volkswagen opened its Wolfsburg plant in Germany late in April only to close some lines within a fortnight because of sluggish demand. France’s PSA, which owns the Vauxhall plant at Ellesmere Port, has said it will not fire up its factories until demand recovers. Some of its facilities have restarted in Europe, but Ellesmere remains shut.

The toll is partly visible at the dealerships by the A33 heading out of Reading. At the Fiat Chrysler showroom, a line of unsold Fiats, Jeeps and Alfa Romeos is parked on the double-yellow lines outside the property because the main parking area is already full.

But the dealers remain cautiously optimistic. A backlog of orders placed in March — typically the busiest month in the car sales calendar — is cushioning some of the pandemic’s impact.

Andy and Suzanne Latham arrived at Reading’s Suzuki showroom on Monday morning to view the car they ordered in March — a specially modified version they were buying under the UK’s motability scheme, which helps disabled drivers purchase vehicles.

“We were so excited to get it,” said Mrs Latham, whose husband has been waiting for the car since August and can no longer drive their manual Citroën minivan. “But then lockdown started.”

In an effort to reassure customers, dealers have put in place social distancing measures. Many in Reading have moved vehicles out of their showrooms to free up space needed to keep buyers and staff 2m apart.

At Volkswagen, taped lines on the floor guide customers past mandatory hand sanitising stations and channel them to sales or servicing. Car keys are placed in a white box and disinfected before and after all maintenance.

“It’s impressive what they have done,” said Alexander Vickery, as he waited while his Golf was serviced. “If people are looking to buy a car and they see what is here, they will have no hesitation about coming in.”

Yet while the dealer’s maintenance teams were busy, three sales representatives sat behind perspex partitions, waiting for business. One sold a car over the phone earlier in the morning and there were two more appointments due later in the day. For a site that normally shifts 32 cars in a week, this was a big change of pace. Seven members of the sales team remain furloughed.

“We are taking every day as it comes,” said sales manager Nick Collins.

Marshall Motors, the London-listed dealer group that owns the VW, Skoda and Honda sites in south Reading, said on Monday that it had taken 3,700 online orders during lockdown. Over the same period a year earlier it moved 19,000 cars, said chief financial officer Richard Blumberger.

While the company normally sells two used cars for every new one, the ratio has now risen to 7:1, in part he believes because people who need to return to work are shunning public transport. “It has been pretty lively in used cars,” he said.

Mini’s dealership down the road was also seeing more interest in second hand cars. It typically sells twice as many new cars as used vehicles, but had shifted three second-hand three vehicles in its first few hours of reopening, according to general manager Luca Scalzo. Only one of the seven-person sales team had come off the furlough scheme to return to work, but Mr Scalzo is confident that more will soon join him.

BMW’s three-storey showroom was quieter on the morning of reopening. But while no one had walked through its doors by lunchtime, a steady stream of customers had collected vehicles bought online during the lockdown.

“As time goes on consumers will get more confidence,” said business head Paul Glister. And, like almost every other dealer in Reading, he predicted “the weekend will be busier”. 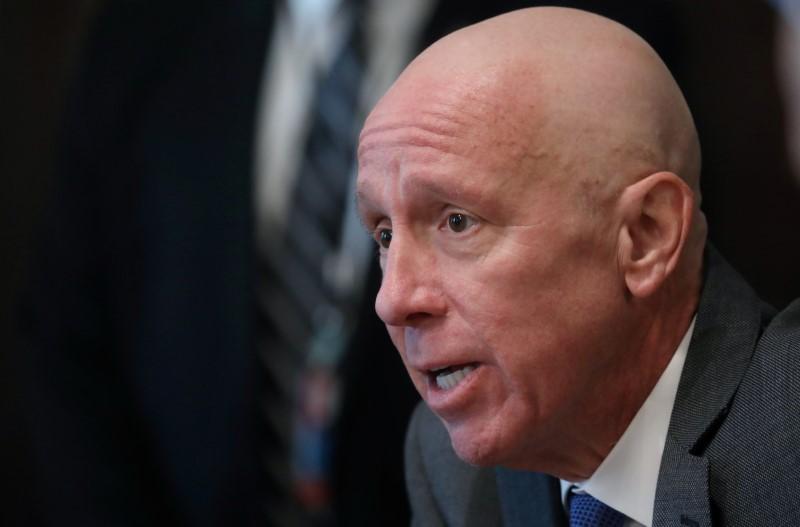