LONDON (Reuters) – Coronavirus-driven market panic restored the appeal of banks’ unloved currency trading divisions in the first quarter and volatility looks set to benefit them for months to come.

FILE PHOTO: A woman wearing a protective face mask walks past a logo of HSBC bank at the financial and business district of La Defense near Paris as France begun a gradual end to a nationwide lockdown due to the coronavirus disease (COVID-19), May 11, 2020. REUTERS/Gonzalo Fuentes

The four biggest banks on either side of the Atlantic accrued nearly $29 billion(23.76 billion pounds) in revenue from trading bonds, currencies, commodities and equities in the first quarter — up by a quarter from a year ago.

Equity trading and bond sales were exceptionally strong at most banks, but March-quarter revenue growth also came from an asset class that for years dragged on profits — foreign exchange.

Banks usually group FX under the broader umbrella of FICC — fixed income, currencies, commodities — so it can be hard to deduce its exact share of in revenues. But data from research firm Coalition shows currency trading revenues at the top 12 banks globally hit a decade-high in the January-March quarter.

Earnings from trading major and emerging market currencies rose to $6.4 billion, from $4.04 billion a year ago, Coalition said.

HSBC, the only bank to break down the earnings of various asset classes, reported a 65% jump in foreign exchange revenues from year-ago levels.

“We expect our FX trading business to continue to be quite robust throughout the year as market uncertainty remains high and volatility is likely to remain elevated, which should support customer activity in FX,” said Itay Tuchman, global head of FX at Citibank, a top three market player in FX trading.

Currencies’ contribution to FICC revenues jumped to 28% in the March quarter, nearly doubling from the 15-16% range seen in the first half of the decade, Coalition said.

What changed is that the March equity selloff at last injected volatility into markets, with the Wall Street’s VIX gauge jumping to more than decade highs of 84% and currency market swings picking up after a decade in the doldrums.

Low volatility squeezes bank revenues by reducing clients’ hedging activity, while traders have fewer opportunities to exploit price swings for profit. Their plight deepened in late-February when a widely tracked currency volatility index .DBCVIX slumped to a lifetime low below 5%.

However, as the coronavirus hit and policymakers pumped record amounts of stimulus to stabilise financial markets, currency market volatility tripled in less than two weeks.

Whether banks continue to enjoy returns from FX depends too on volatility. Implied volatility embedded in one-month euro-dollar options has slipped back to 6.5%, halving from end-February levels, while a broader currency volatility index .DBCVIX has fallen back below its five-year average.

The issue may carry broader implications; losses from years of suppressed volatility have already propelled a generational shift in FX trading, though reduced headcount and the growing use of algorithms to trade.

Coalition research director Amrit Shahani does not expect that trend to reverse, especially after signs that machine-driven algo trading performed well through the crisis.

“What this means for banks’ FX businesses is that the tech investment plans remain as is or even increased by year end, as banks remain still very cost focused,” Shahani said.

Thu May 14 , 2020
Every so often, public policy provides a reason to discover or remember the value of Goodhart’s law. The UK’s response to coronavirus is a powerful and tragic example.  Named after Charles Goodhart, a financial guru, former chief economist of the Bank of England and a sheep farmer, the maxim is […] 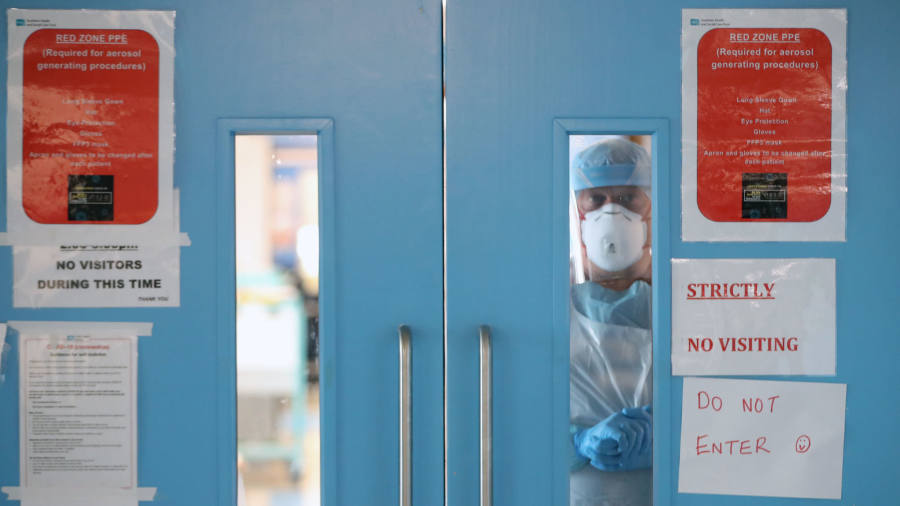