In March, Rishi Sunak attempted to put the UK economy into deep freeze. A furlough scheme that paid 80 per cent of workers’ wages for staying at home was the central part of the chancellor’s plan, designed to keep employees and consumers at home in the midst of the developing coronavirus emergency. It was a marked shift from the more traditional focus on boosting jobs and spending. Now, as the country begins to “unlock” and return to a version of normality, Mr Sunak hopes his summer stimulus will thaw the economy out and encourage the country to shop and eat out.

But while billed as a “kick-start”, the package unveiled on Wednesday as a summer statement should more properly be seen as a stopgap. Coronavirus has not been eliminated from Britain and the potential for a “second wave”, as the normal flu season gets under way, cannot be discounted. Mr Sunak aims to deliver a second Budget in the autumn, which he said would represent the third phase of the government’s economic response to the pandemic, dubbed “rebuild”.

For now, the goal appears to be to limit redundancies and keep the hospitality industry alive over the crucial summer trading period. As well as money for career advisers at jobcentres and a previously trailed £2bn programme to fund jobs for younger workers, companies that keep on previously furloughed employees until the end of next January will receive a £1,000 bonus. Value added tax for hospitality was cut from 20 per cent to 5 per cent, and the government will pay for a 50 per cent discount, capped at £10, on eating out throughout the summer.

Appropriately, the policies are aimed at preventing a rise in youth unemployment. The young are the most likely to work in the hospitality industry and, for those who leave school and university during a recession, the effects on wages and employment can last for a whole career. The chief question, however, is whether he has done enough to stave off mass unemployment. Not only is the size of the package — about £30bn, compared with the £160bn already spent — smaller than many had hoped but customers are still reluctant to return to the pubs and restaurants that have reopened.

Mr Sunak’s measures also rely on a lot going right over the next few months with the government’s handling of the virus. He was clear that the furlough scheme will come to an end in October, keeping the risk of a “cliff edge” for employment if the economy remains constricted by the virus. The tax cuts and government discount will no doubt help pubs and restaurants to absorb the expense of operating in a time of social distancing but, in the absence of a mass vaccination programme, these costs will be with the sector for a while.

Politically, Mr Sunak gave an assured performance. He pitched the tone well, eschewing the jokes that are often a feature of British political theatre and striking a measured tone with the air of competence that has made him the most popular minister in Boris Johnson’s government. The discount for restaurants, labelled “eat out to help out” has the potential to catch the public imagination. He pointed out that Scotland, where support for independence is rising, benefited from the furlough scheme funded by the whole UK.

Yet Mr Sunak’s agenda is tied to forces beyond his control: not only the path of the virus but also the economic outlook in Britain’s main export markets in Europe and the US. With so much uncertainty it was understandable that he kept his real firepower for the autumn. Then, however, he must make sure he uses it well.

Wed Jul 8 , 2020
Hazel Simmons has been an elected member of Luton borough council since 1991 and leader of the local authority for the past 13 years. “These are the worst few weeks I’ve had,” she said on Wednesday, after returning from Westminster with a group of residents petitioning the government to come […] 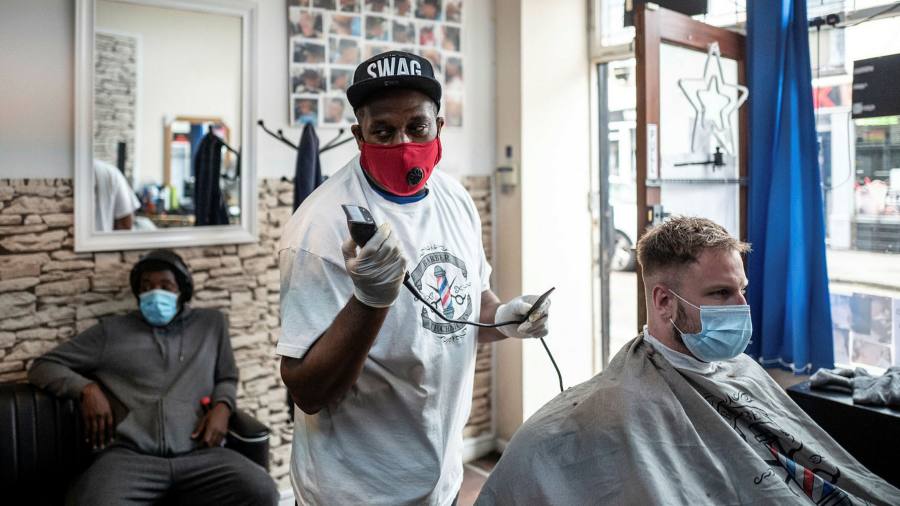