LONDON (Reuters) – The price of iron ore is set to drift lower in coming months as the coronavirus pandemic eats away at demand, moderating its outperformance against other industrial commodities this year.

FILE PHOTO: Piles of imported iron ore are seen at a port in Zhoushan, Zhejiang province, China May 9, 2019. Picture taken May 9, 2019. REUTERS/Stringer

Iron ore has given up about 10% so far this year compared to 40% for the Refinitiv/CoreCommodity CRB index and 15% for copper.

Spot prices of iron ore with a 62% iron content for delivery to China stood at $84 per tonne on Wednesday and are expected to decline to $75 by the fourth quarter, according to BMO Capital.

Prices could remain firm in the short term, but the impact of closed steel furnaces and improving supply is due to gradually chip away at prices.

“We expect iron ore prices to drift lower, not collapse, to a level which is still very profitable for the majors (producers),” said Colin Hamilton, managing director of commodities research at BMO Capital.

Despite COVID-19 restrictions, iron ore demand held up in the biggest consumer, China, which is dependent for the bulk of its output on blast furnaces that are difficult and expensive to shut down.

“Even during China’s lockdown, the blast furnaces were still producing at a fairly high rate, so that kept demand for iron ore at pretty good levels,” said Erik Hedborg, senior analyst at consultancy CRU.

“There’s destocking of steel in China and steel demand is picking up as we’re seeing construction resume.”

China’s appetite for iron ore has eaten up inventories stored in ports, which have slipped 10% so far this year.

“We see prices going down into the $70s quite soon, although the exceptionally low iron ore inventories in China will limit the downside to iron ore prices for now,” Hedborg added.

While Chinese steel production has held up, lockdowns elsewhere have spurred steelmakers to close furnaces as demand from their customers such as automakers dried up. In March, crude steel production dipped by 1.7% in China, but tumbled by 20% in the European Union and 10% in Japan.

“The risk could be that maybe 70-75 million tonnes more material on an annualised basis will be looking for a home over the next while. That’s going to weigh on the market,” Hamilton said.

Other factors that kept iron ore prices firm were cyclones in Australia and heavy rains in Brazil, which constricted flows from the world’s two biggest producers of seaborne iron ore, which sets global prices.

But shipments from Australia are largely back to normal and flows from Brazil are also picking up, despite a cut in production guidance by the biggest corporate producer of iron ore, Brazil’s Vale.

Analysts differ on the scale of decline in iron ore prices, with Morgan Stanley seeing them slipping from $83 a tonne in the second quarter to $78 in the final three months, while Liberum believes they could sink into the $50s this year.

Some of that erosion, however, will be offset for top iron ore producers Vale, BHP and Rio Tinto by the collapse in freight rates as the coronavirus hit shipping activity.

Wed Apr 29 , 2020
Brussels will push the UK for clarity on how it intends to apply post-Brexit checks to trade with Northern Ireland on Thursday, after Britain rejected EU proposals to establish a permanent office in the province.  Michel Barnier, the EU’s chief Brexit negotiator, has warned that the two sides’ future relationship […] 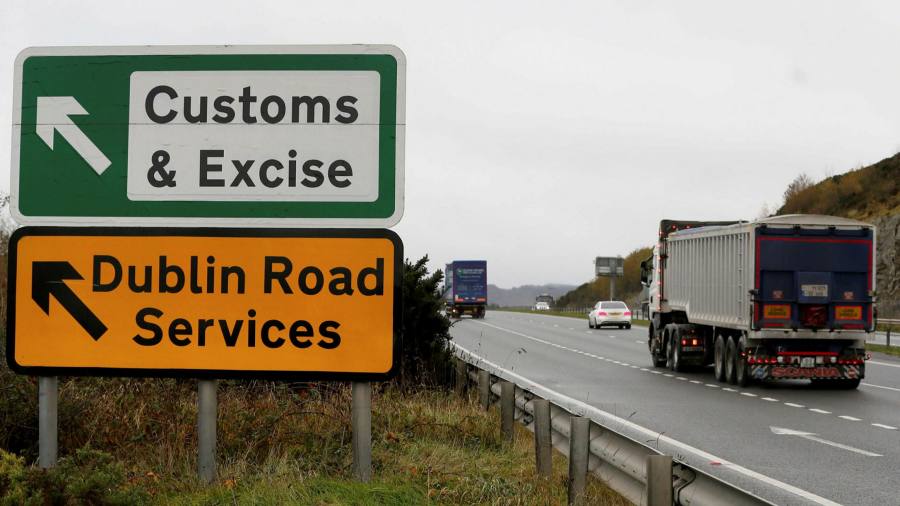