Rolls-Royce is threatening to withdraw “support” from suppliers who do not agree to price cuts of up to 15 per cent, heightening pressure on a supply chain facing a cash crunch as a result of the abrupt drop in demand amid the pandemic.

The British aero-engine maker this month wrote to many of its 700 global aerospace suppliers to demand price cuts of between 5 and 15 per cent, even as it slashes orders to adjust to reduced demand. The letter came days before Rolls-Royce on Thursday announced plans to axe 9,000 jobs — shrinking its global workforce by 17 per cent and its civil aerospace business by a third.

The company, which spends £7bn a year with suppliers, is not the only leading aerospace manufacturer turning to the supply chain for savings as the industry reels from the collapse in global aviation. Roland Berger, the management consultancy, estimates demand for new aircraft could drop as much as 50 per cent by 2028.

Safran, the French aero-engine maker, has invoked a “force majeure” clause with several suppliers, which allows it to stop taking deliveries even if goods are in the process of being manufactured.

Others are pushing orders into next year or delaying payments, according to several suppliers.

The timing of the demands has sparked outrage in the UK supply chain, coming as many suppliers are facing a cash shortage with bills arriving for materials requested in better times, while orders have collapsed.

“The unknown has caused people to overreact and try to protect their cash position,” said one supplier to the big aircraft and aero-engine manufacturers. “We have got goods to go and they won’t take them.”

A cut in pricing could push many companies into bankruptcy, according to Andrew Mair, head of the Midlands Aerospace Alliance, which brings together big and small companies in one of the world’s largest aerospace clusters. Several of his members have complained about the pressure from the big equipment makers, he said.

It seems illogical and damaging to push for reduced prices right now . . . It will simply aggravate disruption in their supply chains if companies go out of business

“It seems illogical and damaging to push for reduced prices right now, on top of rapid rate reductions,” he said. “It will simply aggravate disruption in their supply chains if companies go out of business.”

Suppliers have presented a dossier on the actions being taken by the big companies to the business department, according to people with knowledge of the situation. They are particularly frustrated that during meetings with ministers and officials, the aircraft and equipment makers demanding price cuts have voiced concerns over the financial health of UK suppliers and stressed the need to support the supply chain. The majority of companies in the UK aerospace industry — which generates sales of £35bn a year — are small enterprises with scant cash resources and fewer than 10 staff.

“The big platform makers and tier ones [biggest suppliers] are pushing hard to renegotiate contracts and pricing,” said one large supplier. “As you go down the supply chain the ability to deal with that gets harder and the ability to push back weaker.”

Some suppliers have refused to countenance cutting prices when they have only recently taken on debt to expand facilities at the request of customers who are now slashing orders.

“The one thing we won’t do is negotiate on price right now,” said one supplier. “We would be mortgaging the next 10 years.”

Both Safran and Rolls-Royce said they had no choice but to reduce costs in the current climate.

“Now more than ever we need a competitive supply chain,” said Warrick Matthews, Rolls-Royce’s chief procurement officer for the civil aerospace division. “We will reward . . . those who will work with us to help us take cost down with more business.” Mr Matthews said Rolls-Royce would work with suppliers by increasing orders for certain low volume parts if that reduced costs.

Safran said it would “negotiate on a case-by-case basis to minimise the impact as much as possible. But the reduction is structural and the supply chain will have to adapt.”

Mr Matthews said the letters demanding price cuts had not been sent to the biggest suppliers, or to those deemed to be financially most at risk. The group was financially supporting those it deemed to be critical to its production, he said.

Mon May 25 , 2020
While its visitors have been stuck at home during lockdown, English Heritage has sent staff armed with tape measures to every one of its 420 castles, old houses and ancient monuments to arrange safe social-distancing. Kate Mavor, chief executive, said once restrictions were lifted, this would be a good year […] 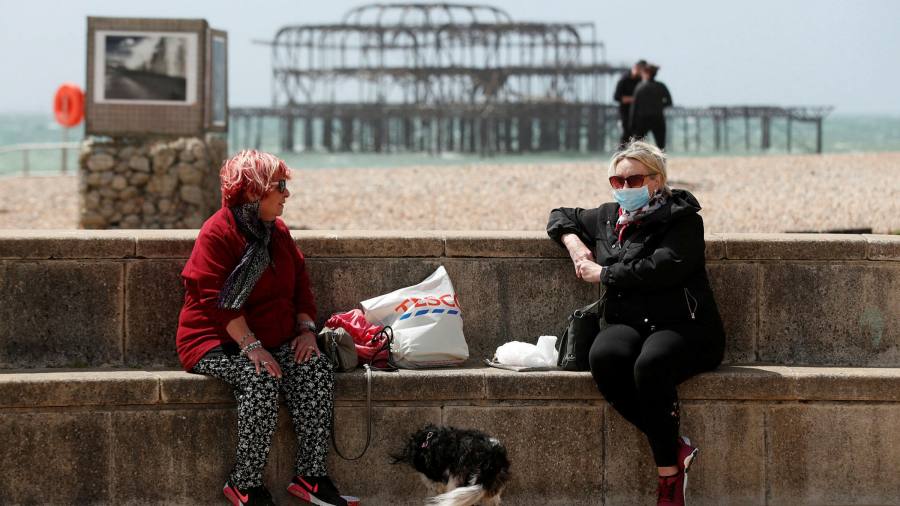