Rolls-Royce is preparing to cut up to 8,000 jobs, the biggest single reduction in more than 30 years, after aircraft makers Airbus and Boeing slashed production to cope with plunging demand from airlines struggling to survive a collapse in global air travel.

Senior executives of the UK aero-engine maker have begun work on a restructuring plan that would shrink the 52,000-strong workforce by up to 15 per cent, according to several people inside the company.

An announcement on a final figure is not expected before the end of May, when Rolls-Royce has said it will update employees. Discussions have just begun with unions, the sources said, and measures could still be found to mitigate the final number. However, the scale is still likely to be larger than after 9/11 when the group cut 5,000 jobs, two people said.

News of the planned job losses, which are expected to hit the UK civil business hardest, will be a blow to the government that had hoped to preserve employment by offering wage support programmes.

However, these only last until June and the global aerospace industry is now bracing for a sharp and protracted fall in demand after more than a decade of booming orders.

Government restrictions on travel in the battle against the coronavirus pandemic have brought global aviation to a virtual standstill and Airbus and Boeing have both said it will take several years to recover to 2019 levels. The world’s two biggest aircraft makers in recent weeks have slashed production by 35 per cent and 50 per cent, respectively.

Rolls-Royce, focused on the long-haul segment of aviation that is expected to take the longest to recover, has also had to respond to the collapse in demand, said two people with knowledge of the situation.

Stephen Daintith, finance director, told employees this week that the group expected its civil aerospace business to be a third smaller as a result of the crisis and that job losses could be expected.

Last month, Rolls-Royce suspended its dividend for the first time in more than 30 years, cut back on capital expenditure and ditched its target to achieve £1bn in free cash flow by the end of this year. The group is also considering cutting research and development investment, and slowing its next-generation engine programme, UltraFan.

“The impact of the Covid-19 pandemic is unprecedented,” the company said. “We have taken swift action to increase our liquidity, dramatically reduce our spending in 2020, and strengthen our resilience in these exceptionally challenging times. But we will need to take further action.”

The vast majority of the job cuts are expected to hit the civil aerospace business, which employs 23,000 people worldwide and accounts for roughly half the group’s 2019 revenue of £15.4bn.

The UK’s 16,000 civil workforce is expected to bear the brunt of the cuts and, in particular, Derby, historic home of the 116-year-old company. About a quarter of the UK civil workforce has already been furloughed. Job losses are also expected in the civil operations in Singapore and Germany, as well as central and support functions.

This will be the latest in a series of restructurings and job loss programmes to have hit Rolls-Royce’s workforce since a string of profit warnings starting in 2013. This year was supposed to have drawn to a close a two-year plan to cut 4,600 support jobs.

In the past, job cuts have focused on managers, support staff and engineering staff. This time however, the cuts will affect the factory floor. “We have got to the point where this has to be done for the viability of the company,” said one person close to the subject.

Fri May 1 , 2020
WASHINGTON (Reuters) – Conservative groups advising the White House have issued an array of coronavirus economic reopening plans with a common theme – Americans should go back to work immediately to halt the economic and societal damage from prolonged lockdowns. FILE PHOTO: Protesters leave their flags and signs at the […] 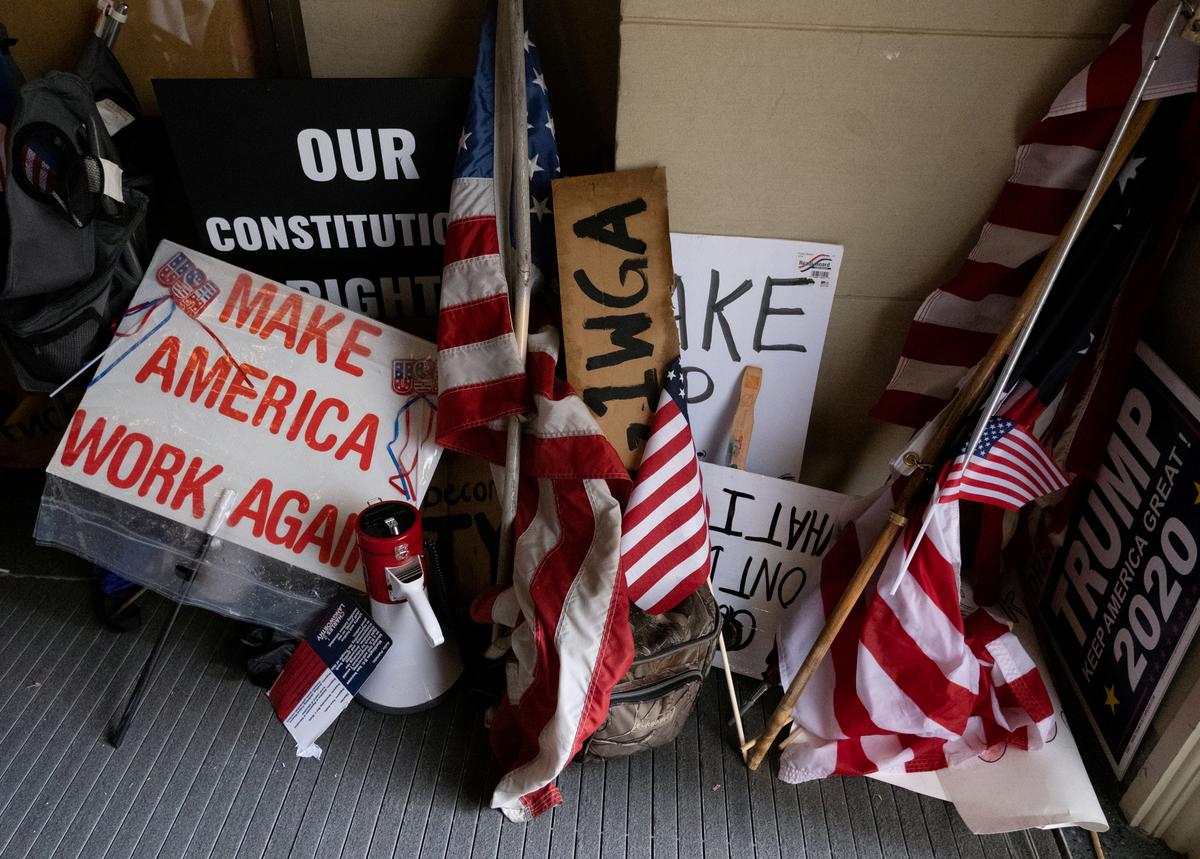