DUBLIN (Reuters) – Ryanair cut its annual passenger target by another 20% on Monday and said it had no idea how much it would earn this year, but its shares surged 8% on strong cost control and a 1 billion euro profit in the past financial year.

The Irish low-cost carrier, Europe’s largest, said it expects to fly less than 80 million passengers in the coming year, down from a target of 100 million given last week and an original target of 154 million.

Chief Executive Michael O’Leary, who plans to operate a skeleton fleet until the June and about half its normal capacity in July and August, told Sky News that bookings by holidaymakers were “building nicely”.

But he said the airline’s performance was dependent on measures taken by governments, including what he described as the “idiotic” mismanagement of the COVID-19 crisis by the United Kingdom. “It is idiotic and it is unimplementable,” O’Leary told BBC radio, referring to UK plans to impose a 14-day quarantine on international travellers.

“For the next 12 months it’s obviously impossible for us today to give you any guidance on either traffic numbers or on profits,” O’Leary said in a video presentation after the full-year results.

“We have no idea because it is entirely subject to passenger numbers, yields and the lifting of government restrictions.”

Ryanair’s shares jumped 8% to 9.12 euros after it announced a profit of 1 billion euros for the year to March 31, having lost only 5 million of 150 million passengers to COVID-19 restrictions. Ryanair’s share price is down about 40% since the start of the crisis.

Investors were impressed by Ryanair’s announcement that it had cut its weekly cash burn to a little more than 60 million euros in May from about 200 million euros in March and had a cash balance of 4.1 billion euros, said Stephen Furlong, transport analyst at Dublin-based brokerage Davy.

“It looks like things are somewhat under control,” Furlong said.

As part of a cost-cutting drive that will cut at least 3,250 jobs, Ryanair is looking at pulling out of some airports across Europe.

O’Leary said the airline would first look at the possible closure of loss-making bases in the UK, Germany and Spain but could could widen that to Italy, Belgium and central and eastern Europe if necessary.

It is also likely to close the main base of its Lauda subsidiary in Austria, which O’Leary said is facing an “existential crisis” because of the COVID-19 pandemic.

“We need pay cuts. We need job losses, we need lower airport costs if we are going to right-size the business and right-size the cost base,” O’Leary said.

Ryanair expects to post a loss of a little more than 200 million euros in the three months to the end of June and either break even or post a small loss for July-September, O’Leary said.

He admitted to having “no visibility” on customer behaviour but said he expects demand to return pretty quickly thanks to deep discounting.

Pre-crisis ticket price levels will not return until 2022 or later, O’Leary said.

The airline last week said it expects a surge in bookings in the coming weeks from people who have been cooped up at home for months.

Mon May 18 , 2020
BEIJING (Reuters) – China’s plans to step up stimulus support for the virus-ravaged economy have promoted a heated debate among economists and advisers over whether the central bank should monetize its fiscal deficit through quantitative easing. FILE PHOTO: A man wearing a mask walks past the headquarters of the People’s […] 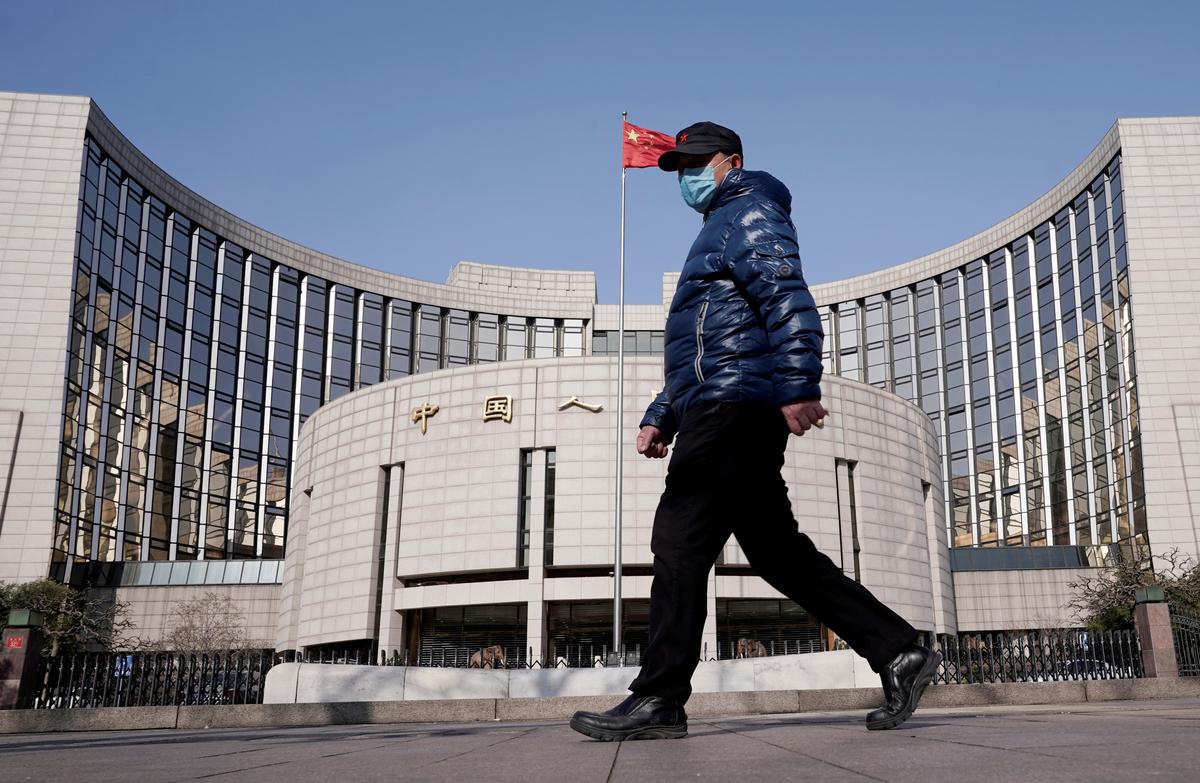