DUBLIN (Reuters) – Ryanair plans to cut 3,000 jobs and talk to Boeing about delaying plane deliveries as it does not expect European air traffic to recover fully from the coronavirus crisis until 2022, the Irish airline said on Friday,

Two weeks ago, Europe’s biggest budget airline said it could make bumper profits in 2021 and had no plans to defer jet orders.

But in an unscheduled update, Ryanair pushed back the start of a return to normal scheduling to July from June and said it would only fly 50% of planned capacity in the three months to the end of September, usually its busiest season.

The airline said it was now reviewing growth plans and plane orders and was in talks with Boeing and aircraft lessors to cut the number of deliveries over the next 24 months.

“Ryanair now expects the recovery of passenger demand and pricing (to 2019 levels) will take at least two years, to until summer 2022 at the earliest,” Chief Executive Michael O’Leary said in the update for investors.

He said the airline would begin consultations on the closure of bases and up to 3,000 job cuts, mainly pilots and cabin crew.

Ryanair said it expected a loss of 100 million euros ($110 million) in the three months to the end of June, which O’Leary said was the first time the airline has ever suffered a loss in that quarter.

O’Leary also said he planned to challenge in European Courts what he described as more than 30 billion euros in state aid to a dozen rivals.

He said Ryanair would be “forced to compete with flag carrier airlines who have received 30 billion euros in state aid doping to allow them to sustain below-cost selling for months after this COVID-19 crisis has passed”.

Fri May 1 , 2020
Trade union officials have accused British Airways bosses of having a “hidden agenda” as the airline prepares to make up to 12,000 workers redundant amid the coronavirus pandemic. Sky News has seen a letter from Unite, one of the unions representing thousands of BA staff, which said the company was […] 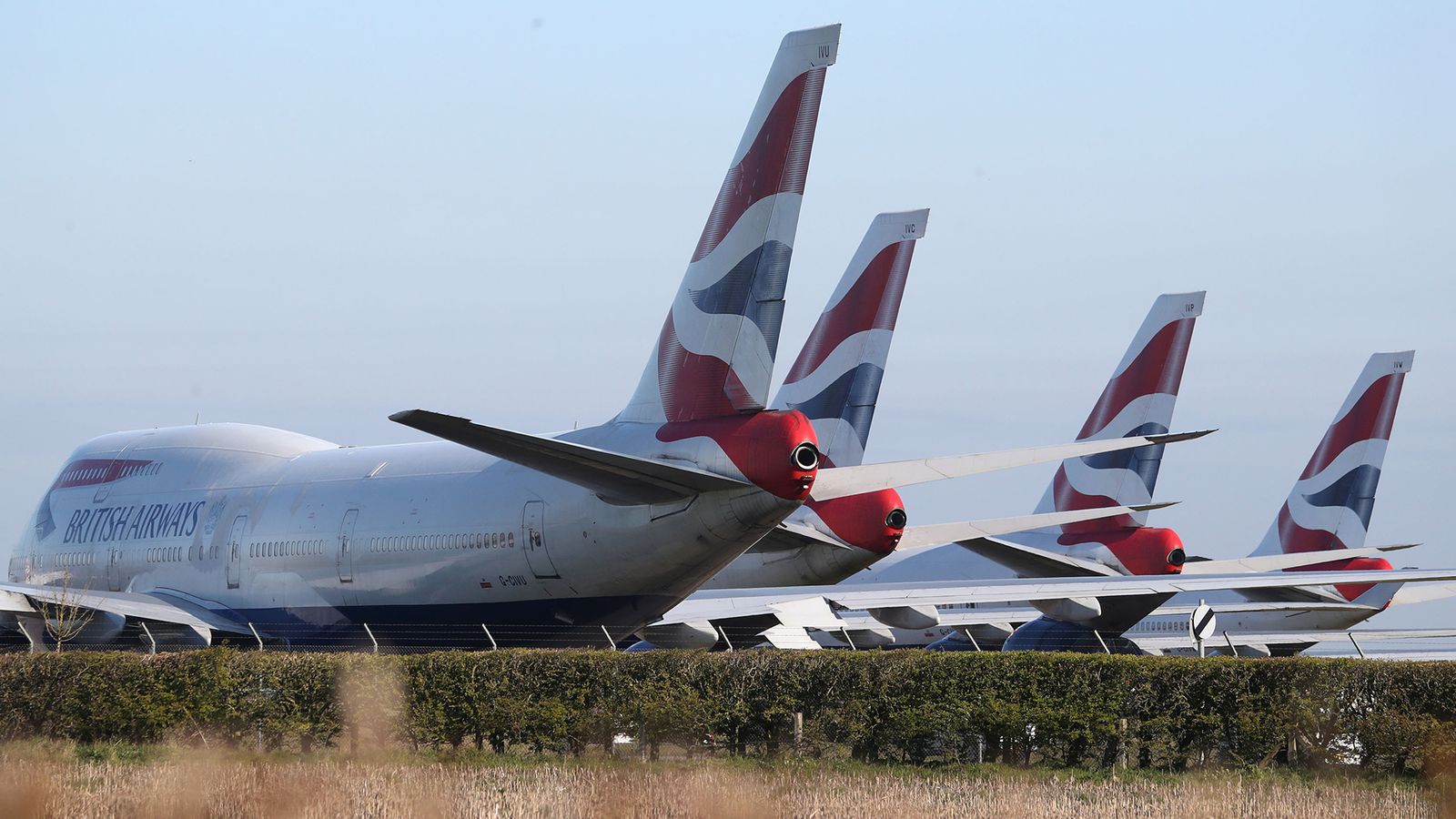