Millions of the UK’s low-skilled workers face choosing between destitution or ill-health as the coronavirus crisis deepens because of abusive employers or their ineligibility for government compensation schemes, lawyers and advocacy groups have warned.

Summary dismissal threats, impossible demands to provide sick notes and pressure to keep working despite illness are among the dangers people in sectors such as cleaning, hospitality and catering are experiencing as much of the economy grinds to a halt.

Many workers, especially foreigners, have been left with little or no income. A large proportion of these are temporary migrants from outside the European Economic Area (EEA) — the EU, Norway, Iceland and Liechtenstein — who are on visas that ban them from receiving public money, including benefits such as universal credit, if they are laid off.

Maria González-Merello, an employment-rights barrister in London, said that for the last month she had been “inundated with phone calls and emails and WhatsApp messages” from people asking her advice on their rights.

One example was a woman whose employer had reportedly said she would be dismissed if she did not come to work even though she had children, including one as young as one, whom she would have to leave unattended because their childminder had developed coronavirus symptoms.

“How people are going to feed themselves and their families — it’s a problem,” Ms González-Merello said. “It’s a problem because low-paid people have no savings whatsoever.”

The haphazard employment position of many of those most vulnerable to exploitation makes it hard to be clear how many workers risk falling through the safety net.

In a report published this month on potentially vulnerable groups, Focus on Labour Exploitation, a group targeting unfair employment practices, estimated 2m people were working in the UK’s informal economy, the unknown numbers of people on visas denying them access to public funds and the 2.37m workers who are citizens of the EEA.

The Gangmasters and Labour Abuse Authority, the government’s labour-abuse watchdog, has estimated 10m people work in the areas of the UK economy most vulnerable to labour malpractice.

Among the people that Ms González-Merello has advised is William Briones, 52, a Spanish citizen originally from Ecuador who had been working for 10 months on a zero-hours contract for a catering company before the crisis. The Covid-19 crisis led to the closure of the organisation where Mr Briones had worked.

Workers on fixed-hours contracts at the company were put on the government’s job-retention scheme, which guarantees staff 80 per cent of their normal wages, up to a maximum of £2,500 per month, Mr Briones said. But the catering company had simply stopped giving Mr Briones any work and had not even given him holiday pay he was owed, he claimed.

Other workers on zero-hours contracts at his company were in the same situation, according to Mr Briones.

“It’s put me in a very dangerous financial position,” he said. “I still have to provide my rent for my home, which is £1,600 a month, plus about £200 a month for electricity bills, gas and other expenses. I’m just upset that there’s no real help I can receive.”

Ms González-Merello said the company could have put Mr Briones, like the other employees, on the job retention scheme.

Exacerbating his plight is the fact that because he had worked for the company for less than two years, he was exempt from many workers’ rights protections.

Lucila Granada, chief executive of Focus on Labour Exploitation, said many people in low-paid work moved in and out of different short-term contracts, and between being directly employed and self-employed. Many might not be put on the job retention scheme by an employer but might also not qualify for the scheme for the self-employed, which demands candidates earn at least 50 per cent of their income from self-employment.

“For workers moving in and out of these contracts, it’s going to be really hard,” she said.

Even for workers who were eligible to enter the government-backed furlough scheme, Ms Granada added, it depended on their employers’ goodwill whether they were able to join it.

The Treasury said it was taking “unprecedented action at unprecedented speed” to support businesses, jobs and the economy amid the crisis.

“These measures will support millions of people to get through the current crisis and emerge on the other side, stronger and more united,” a spokesperson said.

She highlighted that sick pay arrangements for many of their users were prompting them to go to work even if ill.

Many cleaners earned less than the £118 a week minimum to be eligible for the £94.25 a week statutory sick pay, Ms Modern said. And many were not being paid by employers if they had to stop work either because of their own coronavirus symptoms or because family members were affected.

“A lot of them are being dismissed or just not paid for those hours [when they are off sick],” she said.

In other cases, employers were demanding cleaners show sick notes to prove they had been ill, Ms Modern said. Many of the women’s English was not fluent enough to complete a government self-certification form issued for the coronavirus crisis and many doctors’ surgeries were no longer handing out such notes.

“A lot of these women, and vulnerable migrants in general, are not being reached by the measures that the government is putting in place at the moment,” Ms Modern said of her service’s users. “They’re having to choose between their health and their salaries.”

Mon Apr 13 , 2020
BP has started testing its North Sea workers for coronavirus in the latest example of companies securing their own testing services despite the British government complaining of a wider shortage of supplies and laboratory capacity. The energy company said a “private Aberdeen-based clinic” was being used to test workers before […] 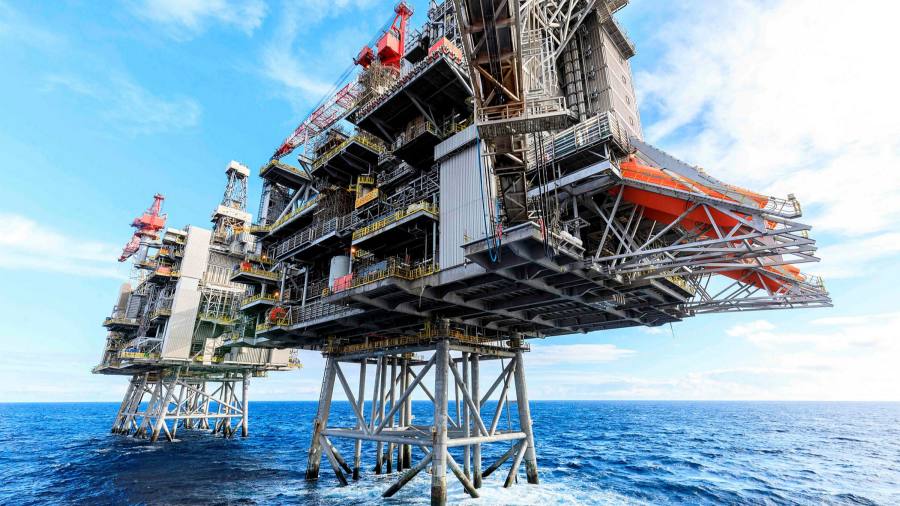