SEOUL (Reuters) – Samsung Electronics Co Ltd (005930.KS) said on Wednesday it expected profit to decline in the current quarter due to a coronavirus-related slump in sales of smartphones and TVs, although the chip business would remain solid.

FILE PHOTO: People wears masks in front a Samsung Store at a main shopping area as the country is hit by an outbreak of the new coronavirus in downtown Shanghai, China February 21, 2020. REUTERS/Aly Song

The South Korean conglomerate joined other tech giants such as SK Hynix (000660.KS) and Intel (INTC.O) in declining to provide annual forecasts because of the uncertainty about the duration of the pandemic.

It said that while work-from-home orders and the related growth in online learning would underpin demand for memory chips, the outlook for smartphones and TVs was bleak as consumers put off discretionary spending.

“Even as such uncertainties persist, overall conditions in the memory industry are likely to be favorable due to server and PC demand,” Han Jin-man, senior vice president at Samsung’s chip business, said during a conference call.

In contrast, Samsung said it expected its mobile and TV profits to “decline significantly” in the second quarter as consumers reined in spending on non-essentials and stores and factories are closed due to the outbreak.

Samsung Electronics shares fell 0.3% after the results on Wednesday, while the wider market .KS11 was up 0.6%.

“Earnings will deteriorate in earnest for mobile phones, home appliances and TVs, which are weighing on stocks,” said Park Sung-soon, an analyst at Cape Investment and Securities.

Some customers were also restocking chips because of concerns about supply disruptions due to the pandemic, boosting chip earnings, it said.

The mobile division posted operating profit 2.65 trillion won, up 17% from a year earlier.

Samsung said that while mobile shipments fell from the previous quarter, profitability improved with 5G and other premium models making up a greater portion of sales.

Its display business nearly halved its loss to 290 billion won from a year earlier despite slumping phone sales in China, thanks to a rebound in TV panel prices due to supply disruptions.

In March Samsung said it would end production of mainstay LCD panels in China and Korea by the end of 2020, due to oversupply stemming from expansion by Chinese companies.

Samsung is a diversified tech giant, making phones, TVs and home appliances, and components like chips and displays used in consumer electronics. Samsung counts Apple Inc (AAPL.O) and Huawei as both competitors and customers.

Wed Apr 29 , 2020
(Reuters) – The Federal Reserve, which has pumped trillions in emergency funding into U.S. financial markets to stem the damage from the coronavirus pandemic, is expected on Wednesday to reiterate its promise to do whatever it takes to support the world’s largest economy. FILE PHOTO: Pedestrians wearing masks walk in […] 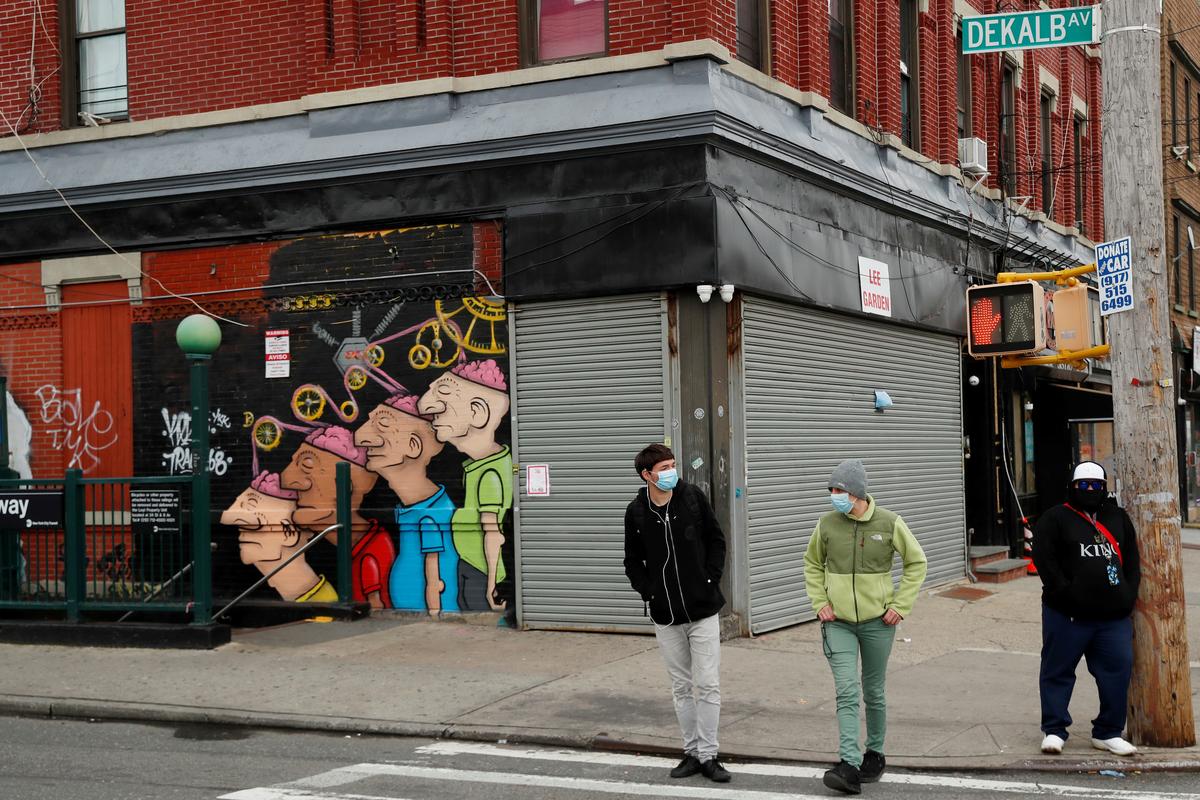