SoftBank-backed Greensill Capital has provided tens of millions of pounds of UK government-guaranteed loans to two companies associated with British steel magnate Sanjeev Gupta that employ just 11 people. Greensill, which employs David Cameron, the former prime minister, as an adviser, was approved in June to be a lender through […]

Greensill, which employs David Cameron, the former prime minister, as an adviser, was approved in June to be a lender through the UK’s Coronavirus Large Business Interruption Loan Scheme (CLBILS), which offers borrowers a maximum £200m in debt, with the government on the hook for 80 per cent.

The London-based lender then provided funding through the scheme to two metals trading businesses linked to Mr Gupta, according to people familiar with the matter and documents seen by the Financial Times.

While the two businesses have annual revenues of $588m and $493m respectively — well above the £45m minimum threshold to qualify for CLBILS — they collectively employ just 11 people in the UK, according to recent Companies House filings.

One of the loan beneficiaries is controlled by Mr Gupta’s father, while the other borrower is owned by a longtime business associate who has served as a director for several of the Indian-born magnate’s enterprises.

Greensill, which counts SoftBank’s Vision Fund as a main shareholder, has in recent years provided billions of pounds of financing to Mr Gupta’s so-called GFG Alliance — a loose collection of family-owned businesses in everything from metals to banking that has expanded rapidly through takeovers to reach turnover of $20bn.

This structure has allowed several GFG companies to apply for separate loans from Greensill under CLBILS, as the Alliance is not a consolidated legal structure and its members are independent entities, according to people familiar with the matter.

The request for loans backed by UK taxpayers was made even as the conglomerate pursues a number of overseas acquisitions. It has recently agreed to buy a steel mill in France, an aluminium plant in Belgium and a manganese alloy smelter in Tasmania.

Mr Gupta has a close relationship with Lex Greensill, whose financial services company specialises in funding linked to invoices. The metals magnate briefly held an equity stake in Greensill Capital in 2016.

Greensill said it could not disclose “the specifics” of clients’ access to government loan schemes, while noting that the criteria for qualifying for CLBILS are “tightly prescribed and regulated by the British Business Bank”.

The British Business Bank, a government body responsible for the various coronavirus loan schemes that in total have doled out more than £50bn, refuses to disclose information on borrowers on the grounds of commercial sensitivity and confidentiality.

The GFG Alliance also declined to comment on the specifics of the loans, citing confidentiality.

“Proceeds from any Covid-related loans would go towards supporting businesses affected by Covid-19 and maintaining highly skilled jobs in industrial communities across our value chain,” GFG added.

Greensill first provided government-backed funding in July to Simec International, a commodities trading company run by the steel magnate’s father, Parduman Gupta, before extending finance the following month to another metals trader, Aar Tee Commodities. Simec is a member of the alliance; other member entities have since submitted loan applications through CLBILS.

The Aar Tee group, which is named for the initials of its founder, Ravi Trehan, has deep ties to the GFG Alliance. Mr Trehan was previously listed as one of the four members of the GFG Alliance’s strategic board. He also served as a director of Simec International. Both companies had their 2019 accounts audited by the same small accountancy firm, King & King, a London-based auditor frequently used by Mr Gupta’s companies.

Aar Tee told the FT that while it has “a business relationship with companies within the GFG Alliance”, it considers itself a “separate independent business”. The company declined to comment on its use of government-backed financing but said its wider group was a “proud investor in the UK, with over 300 employees across several sites”.

Wed Oct 7 , 2020
Rishi Sunak has borrowed money faster than any UK chancellor in history. Now he’s worried about his interest bill. “We have so much debt, it doesn’t take a lot for suddenly ‘yikes’ — we have to come up with X billion pounds a year to pay for higher interest,” he […] 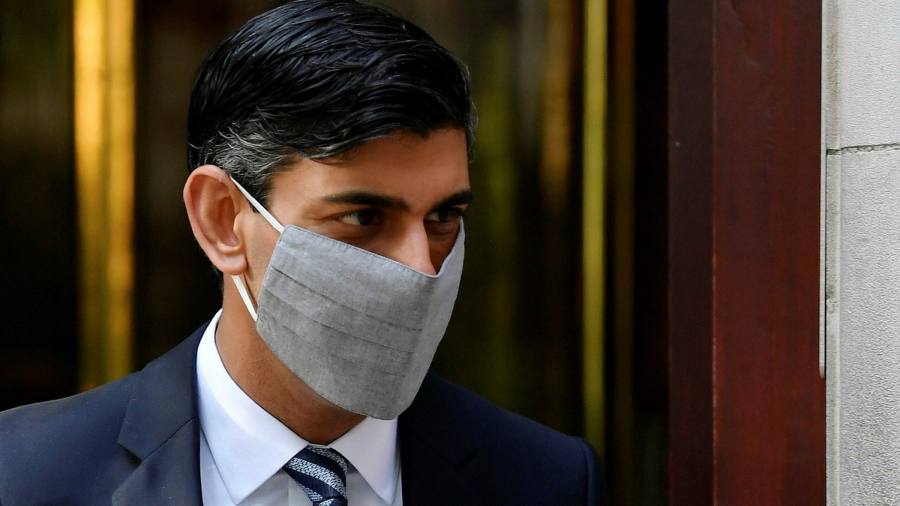