Schools are turning to private Covid-19 testing to avoid staff missing work because of delays in the government’s test and trace system.  Dozens of private schools and a small number of state schools say it is cheaper to pay for tests than fund supply teachers while staff self-isolate as they […]

Schools are turning to private Covid-19 testing to avoid staff missing work because of delays in the government’s test and trace system.

Dozens of private schools and a small number of state schools say it is cheaper to pay for tests than fund supply teachers while staff self-isolate as they await results.

Dan Moynihan, the chief executive of Harris Academies, a chain of 48 state schools that have purchased a “small number” of tests for use in “a few cases”, said delays could mean that schools had to bring in supply staff for 4 or 5 days as symptomatic teachers waited for a result, at a cost of up to £200 a day — far more costly than a test.

Figures released by the Department for Education this week showed that the number of fully open state-funded secondary schools had dropped to 84 per cent on 24 September from 92 per cent a week earlier, because of staff absences because of suspected Covid-19.

Leora Cruddas, the chief executive of the Confederation of School Trusts, said the use of private testing by state schools was “not widespread”, but had been used by some when quick results made financial sense.

“We might see a little bit more of it, particularly in schools or trusts where there have been a shortage of tests,” Ms Cruddas said. “It depends how the government programme improves over the next few weeks.”

Julian Drinkall, the chief executive of state academy chain Academies Enterprise Trust, said he had purchased a small number of tests for “more complicated cases” to ensure children could return to school, but said doubts over the reliability meant he was reluctant to use more.

“There are no end of salespeople approaching schools and trying to flog these tests to people, I’ve no idea if they work,” he said. “It’s very difficult for us to judge.”

Although the availability of government tests is improving in some areas, the failure to plan adequately for the return to school in September has been criticised by many in the sector.

Mr Drinkall said he met senior PHE and NHS officials and urged them to run trials of testing systems before term began, but “no one really wanted to do anything . . . in a coherent or implementable way.”

Fee-paying schools have partnered with private testing companies to set up their own systems.

Dean Close, a boarding school in Cheltenham, has signed an agreement with Chronomics, a London-based test manufacturer, to purchase 50 test kits, with the option to buy more if they are needed.

“There wasn’t enough government preparation in advance for the number of Covid cases we were going to see,” said deputy head Jacquie Davis. “We got colds and coughs as soon as term started . . . and then getting a test was nigh on impossible.”

“The government only does testing for those with symptoms and, especially for a boarding school, that doesn’t work,” she added, explaining that a student suspected of having the virus could have been in close contact with a large number of their classmates. “We had families hundreds of miles away who were very anxious, that’s why we went down the private testing route.”

However most state schools do not have the money for private tests. A report last week by the Association of School and College Leaders found the day-to-day costs of making schools covid-safe was squeezing budgets, leaving little room for spending on catch-up measures. “School funding is extremely tight and budgets cannot sustain significant extra costs,” said Geoff Barton, the union’s general secretary.

Stretched budgets meant most schools were not even able to afford supply teachers and asking existing staff to cover absences, let alone buy private tests, said Alan Brooke, chair of the Kent Association of Headteachers and headteacher at Fulston Manor School. “It means people will burn out by Christmas,” he warned. “There’s huge pressure on the teaching force.” 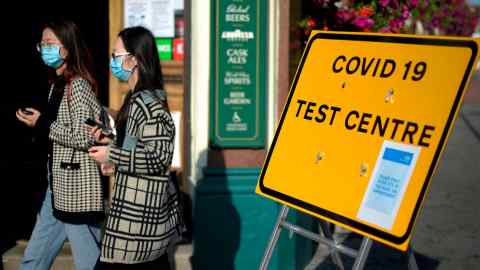 He added that on a single day in September nine of his 80 staff at Fulton Manor were absent because they were waiting for results. But when it came to private testing, “in the majority of cases schools simply can’t afford to do it,” he said.

The Department for Education said the “vast majority” of schools were open, and all had access to adequate testing. At the beginning of term, schools were given 10 home tests and have since been able to apply for additional packs of 10 per 1,000 pupils.

“Testing capacity is the highest it has been, and anyone with coronavirus symptoms can access a test,” a spokesperson said. “The home testing kits supplied to schools can be used to help pupils and teachers who have symptoms to get back to school and work if they test negative.”

Lawyers from rival groups learn how to collaborate

Fri Oct 2 , 2020
As it became increasingly clear that ventilators would be crucial to fight the spread of Covid-19, British engineering multinational Smiths Group decided to step up. The UK’s public health service, the NHS, had access to around 8,000 ventilators in March when coronavirus cases surged, but modelling predicted that a further […] 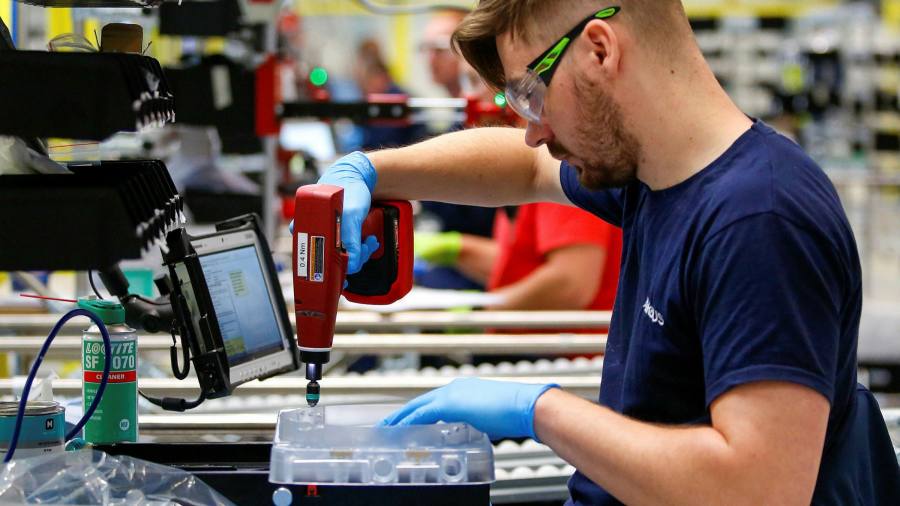