It is an irony Boris Johnson might appreciate that the debate over Scottish independence has become a mirror image of the pre-2016 arguments over Brexit. The prime minister and his Conservatives say Scots are better off “remaining” in a strong union with their largest trading partner. Independence supporters appeal to national pride and identity — to taking back control, to coin a phrase. And their argument is gaining ground. Mr Johnson’s misfiring visit to Scotland last week will do little to reverse polls that for the first time show more Scots favour ending the union with England than keeping it.

This is disturbing, if not unexpected. Scots voted 62-38 in 2016 to remain in the EU. Having Brexit imposed on them has prompted a chunk of the 55 per cent who voted to keep Scotland in the UK in 2014 to switch sides. Covid-19 has compounded matters. Neither the death rates — Scotland’s is only slightly below England’s — nor policies have been wildly different. But the clear communication of Nicola Sturgeon, the first minister and Scottish National Party leader, has turbocharged her approval ratings compared with the bumbling Mr Johnson.

Ms Sturgeon has been helped by the failure of ineffectual Conservative and Labour leaders in Scotland to hold the SNP to account over its poor domestic record in, say, health and education. It is another irony that Mr Johnson’s desire to preserve the union would benefit from the resurgence of Labour in Scotland as another credible alternative to the SNP.

Yet Scottish parliamentary elections next May now look likely to deliver an increased pro-independence majority. That might make it hard for Mr Johnson to refuse demands for a second referendum. His government needs a strategy to preserve the UK.

It should start by respecting the extent of devolution that has already taken place. Mr Johnson has irritated Scots in the pandemic by assuming he is making Covid-19 policy for all of the UK, and failing to consult capitals of the other nations. The government should understand many Scots want both to remain in the union, and have a greater voice in their own affairs and at Westminster. UK cabinet ministers should visit far more often. Ministerial trips should be frequent enough to appear routine, not look like slightly panicky campaign visits. The government too often seems not to notice Scotland unless it’s about saving the union.

Meanwhile, the government must hone more positive and emotive arguments in favour of the UK; a “Project Fear” highlighting the supposed perils of independence will backfire. His “levelling up” agenda in theory provides an opportunity to vaunt the union’s benefits — but Holyrood handles most spending inside Scotland. Downing Street needs to find ways to highlight the sizeable net budgetary transfer Scotland still receives from the UK.

There is scope to point out the uncertainties surrounding the Scottish independence project — which assumes it could swiftly rejoin the EU. This is not guaranteed, and indeed taking Scotland back into the single market and customs union would result in a “hard” border with what remains by far its biggest economic partner — England.

Above all, Mr Johnson needs to avoid inflaming sentiment in pro-EU Scotland by ensuring he reaches an EU trade deal by the year-end. Many in his party want him to take a hard line. But the prime minister must be aware that instead of going down in history as the man who successfully took the UK into a post-EU future, he risks being remembered as the one who destroyed the 300-year-old union.

Sun Jul 26 , 2020
Boohoo, the fast-fashion group at the centre of a row over poor pay and working conditions, will start manufacturing its clothes for the first time with plans to set up a factory in Leicester. John Lyttle, Boohoo’s chief executive, told the Mail on Sunday that the online retailer planned to […] 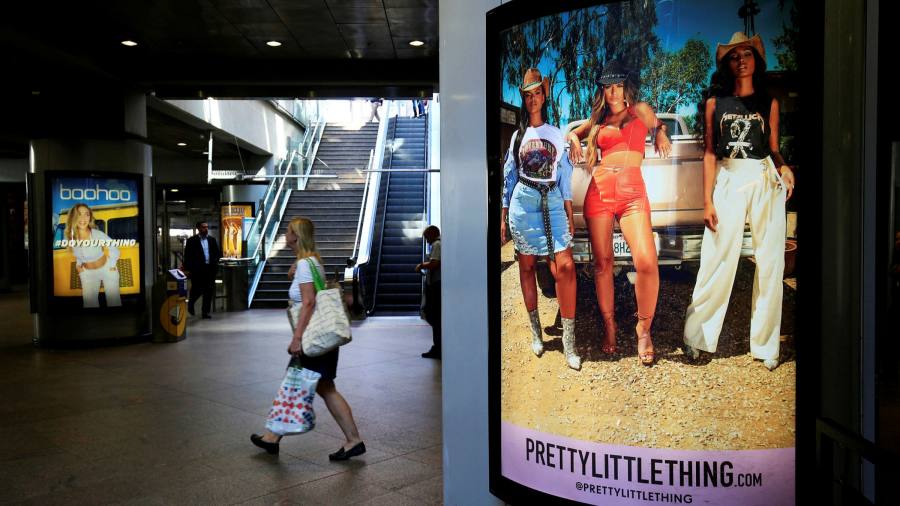